Bizarre Bakkies From Around the World

A few days ago we brought you a story on homemade BMW pick-ups. You can read that article by clicking on this link: Best BMW Bakkies. Well, it seems that BMW isn’t the only brand to come in for the home-built bakkie treatment. While looking for pick-ups for our BMW story we came across several, unlikely candidates that have been converted for utility purposes. Here is our list of bizarre bakkies from around the world. If you of any other bizarre bakkies please post pics below this story link on our Facebook page. 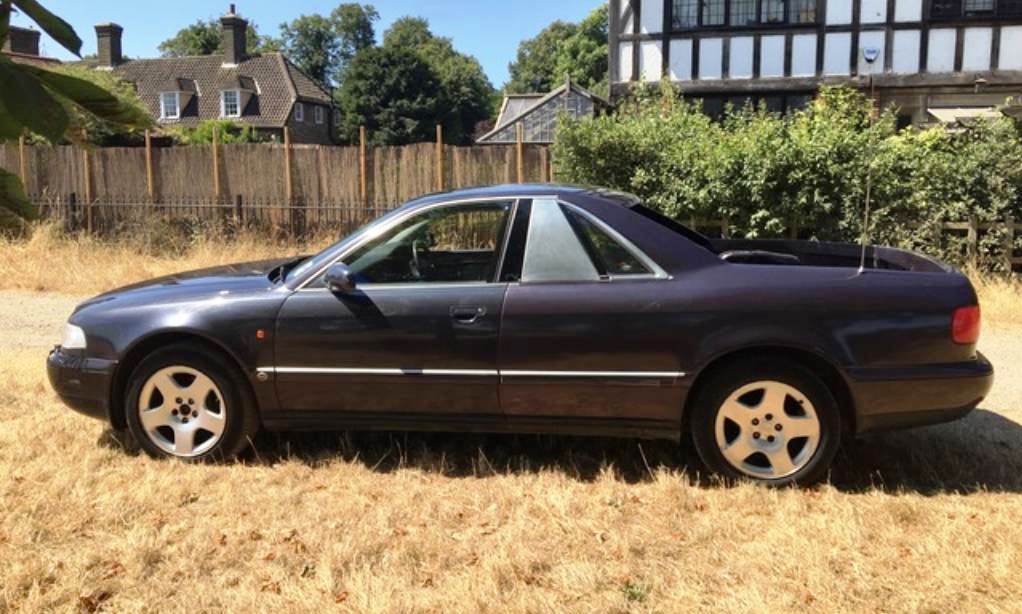 This Audi A8 was created purely out of necessity. A contractor in England realised that he needed a pick-up urgently for work after his original workhorse sold quicker than expected. He decided that his ten-year-old Audi A8 was the perfect candidate. The owner got a local company to weld the doors and boot shut. New panels were made from aluminium sheets and glued together just as Audi did in the factory. Importantly, the entire conversion took just six days! Now, the A8 retains its 4,2-litre V8 and AWD system, so he’ll never be late for a job come rain or shine. 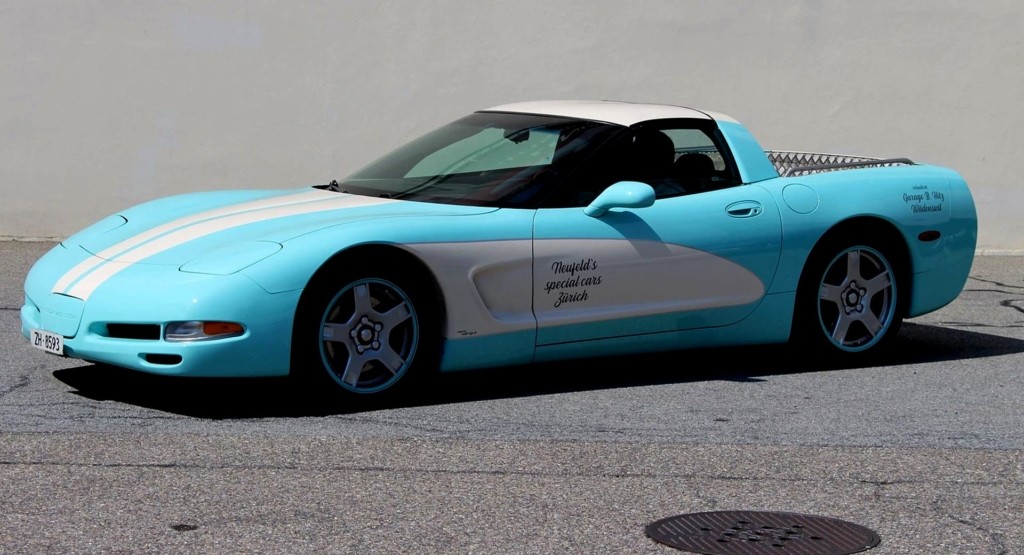 This Chevrolet Corvette was recently spotted in Switzerland. It is based on a C5 generation model. The roof has been cut from just behind the front seats and rear end now features a small load area. The converted body was then covered in a light blue and white paint combination that echoes C1 Corvettes of the 1950s and ’60s. This bakkie is owned by Neufeld’s Special Cars Zurich and is available to rent. 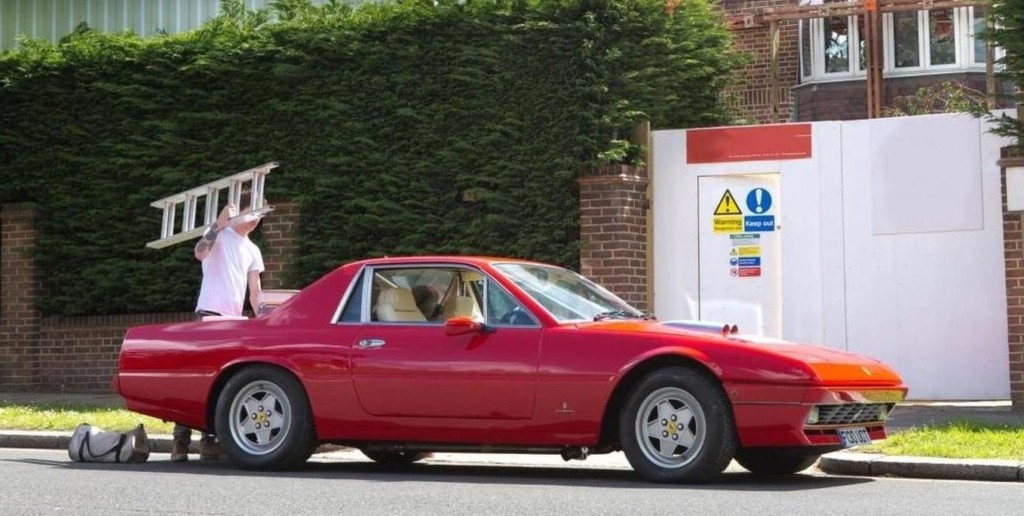 The London Motor Group created what it calls “world’s first Ferrari pick-up”. Their unique creation is based on a 1989 Ferrari 412. LMG then chopped the rear of the roof and created a metre-long load-bay, which was then covered in teak wood panelling. Notably, the rear suspension was beefed up to handle carrying heavy loads. The original V12 motor and transmission are still in place. 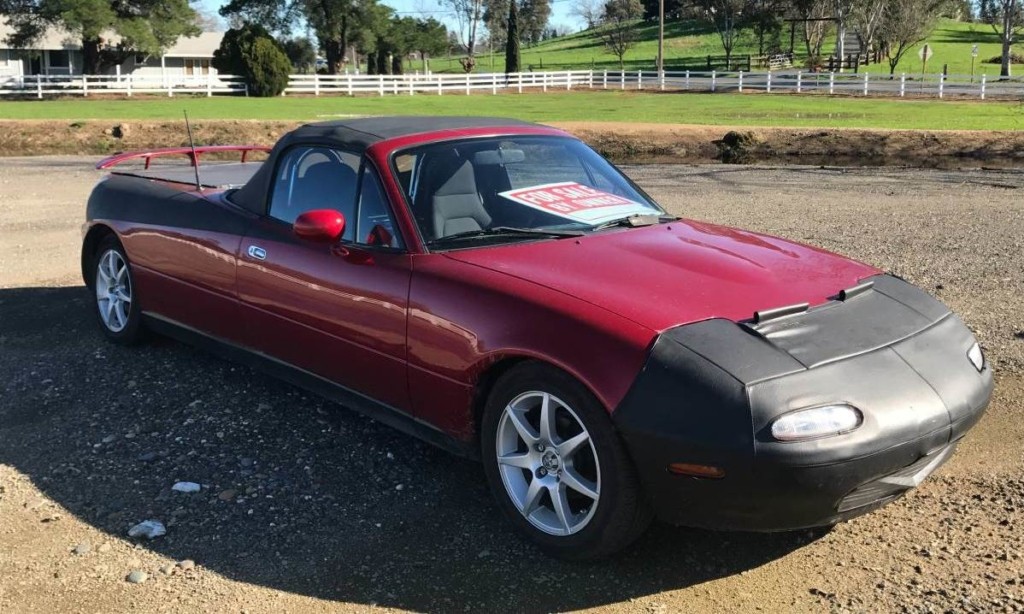 It’s no secret that we are fans of the Mazda MX-5, or Miata if you prefer. We have loads of content covering the little roadster on our site in fact; we even have our own MX-5 track car. But we really didn’t expect to find an MX-5 to add to our list of bizarre bakkies. This American creation is no longer a roadster. Also, it’s not quite as compact as the car that is heralded for its short wheelbase and chuckable nature. 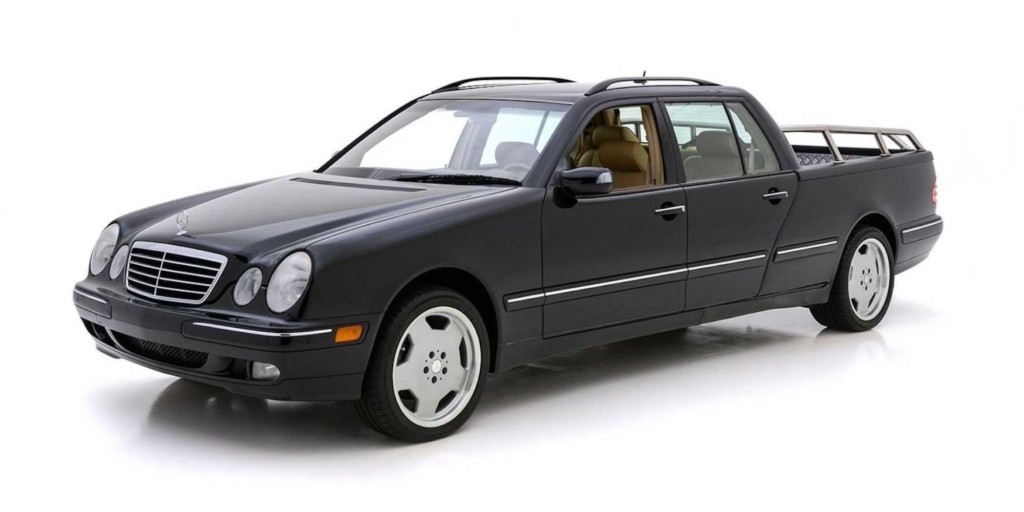 This isn’t the first Mercedes-Benz saloon-based bakkie we’ve featured on our site. Click here to check out another based on a 420SEL. This four-door (double-cab?) bakkie was built by German coachbuilder Binz. The starting point for the exercise was an E320 station wagon. However, everything up to the rear seats remains completely unchanged, including the leather-covered interior trim. From the reshaped C-pillar onwards the body has been stretched by 740 mm to create a genuinely usable load area. The car’s, err… bakkie’s 3,2-litre V6 and five-speed automatic transmission were retained. 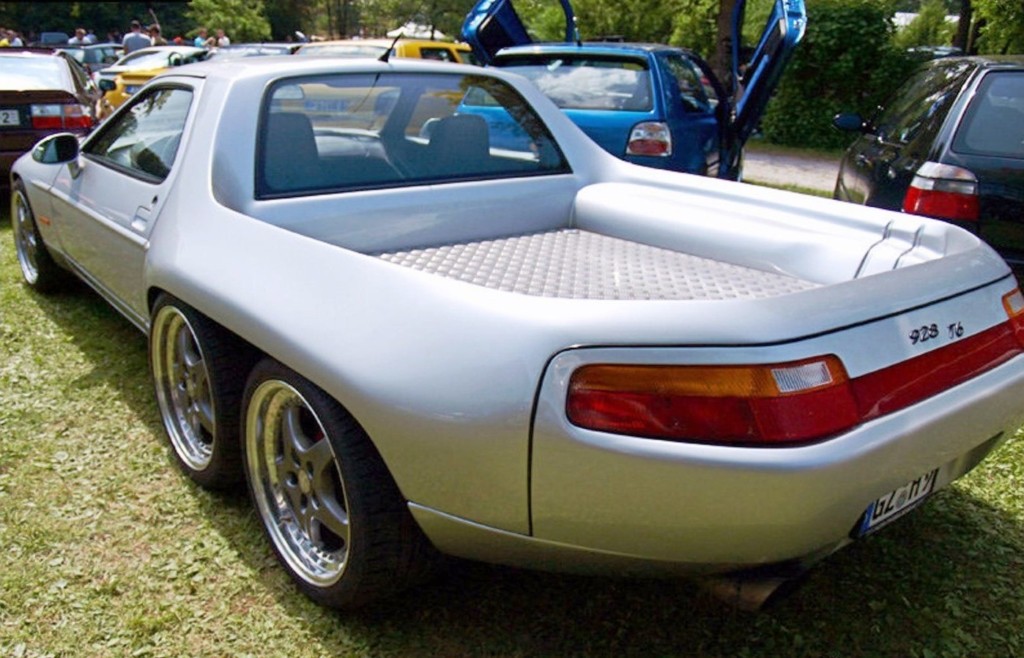 This Porsche 928 GTS is probably the most unique in the world. Not only has it been turned into a pickup, but the owner has added an extra axle turning it into a six-wheeler. After cutting up the rear bodywork of the front-engined Porsche he extended the rear to make room for a shallow load-bed. Not happy with just modifying the appearance, the 928’s V8 was bumped up from 5,4- to 6,1-litres. This makes it one of the largest Porsche road-car engines in the world. Quite possibly the best part of this story is that the car has TUV (German SABS) approval, which the owner achieved with a little help from the guys at Porsche HQ. We imagine that other OEM automakers would not be as helpful if you asked for their help to approve such a project.

This Rolls-Royce is undoubtedly one of the most bizarre bakkies anywhere in the world, and the most luxurious, too. It belongs to Anthony Bamford, chairman of the JCB Group, producers of earth-moving equipment. The car was bought in the US, where it was already converted into a pick-up, and shipped back to the UK. Back home the car was given to a firm that specialises in Rolls-Royce and Bentley restorations. The brief was to create a support vehicle for the company’s racing team. The rear suspension was modified with adjustable springs to support heavier loads. Underfloor storage was created for tools. The rest of the car remains mechanically untouched, including the original V8 motor. 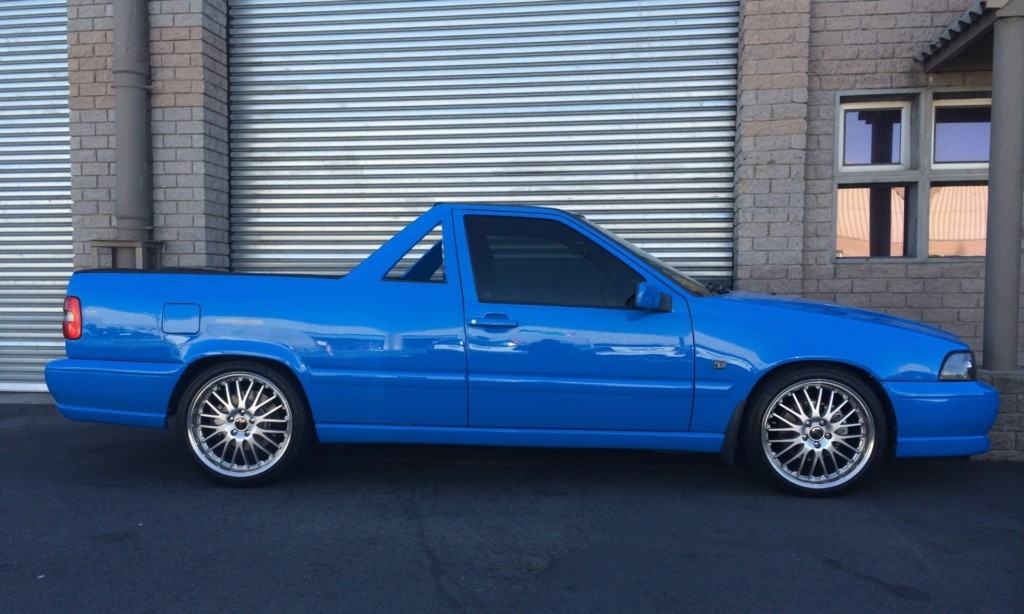 Volvo is well-known for producing station wagons, which provide enough utility for most. But what if you own a Volvo workshop and parts centre, you can’t be seen driving a pick-up from another brand. This Volvo S70 bakkie was built right here in Cape Town, South Africa. It is owned by a Volvo Specialist outfit called Swedespeed. The conversion was performed by an engineering shop, so it’s structurally sound. The bodywork was finished off by acciDent Guru, who also covered the unique shape in signature Volvo racing blue/cyan. For now, the S70 has the standard, naturally aspirated inline-five, but there are plans to slot a V8 motor from an XC90 into the engine bay – NICE!

If you enjoyed our gallery of Bizarre Bakkies, please feel free to share via the buttons below.