There are some racecars that are memorable for how they look, rather than for success achieved in competition. One of the most memorable liveries on any racecar has to be that of Italian alcohol brand, Martini. Here, in no particular order, are just some of our favourite Martini racecars.

Click here to read an opinion piece on why we won’t see homologation specials ever again. 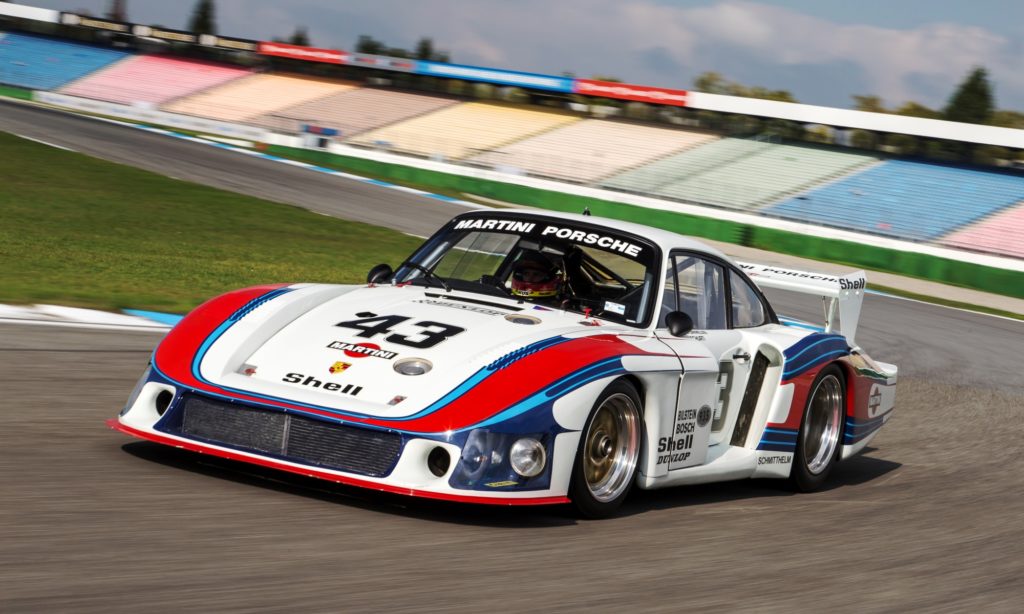 This iconic Porsche 935/78 was built especially to compete at the famous 24 Hours for Le Mans. It was based on a 911 but had bespoke bodywork that was created to optimise its aerodynamics. The 3,2-litre twin-turbo flat six was good for 630 kW, coupled with that shape Moby Dick could do 367 km/h on the long straight at the La Sarthe circuit. 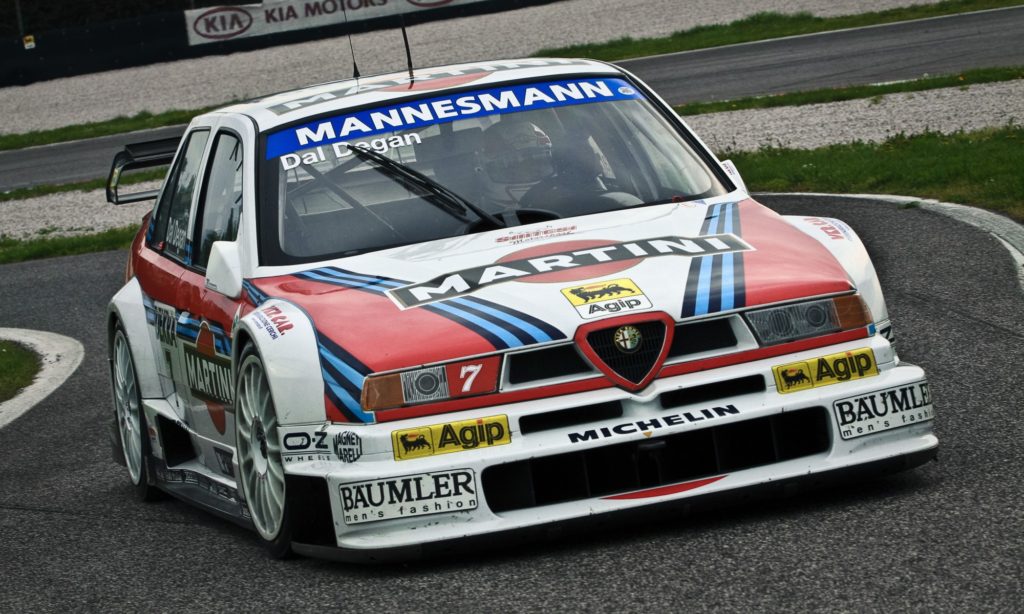 The Alfa Romeo 155 V6 Ti DTM was known as the car that beat the Germans in Germany. The all-conquering 155 DTM racecars sounded brilliant (click here to listen to the screaming V6 at full chat) and in Martini colours looked great as well. 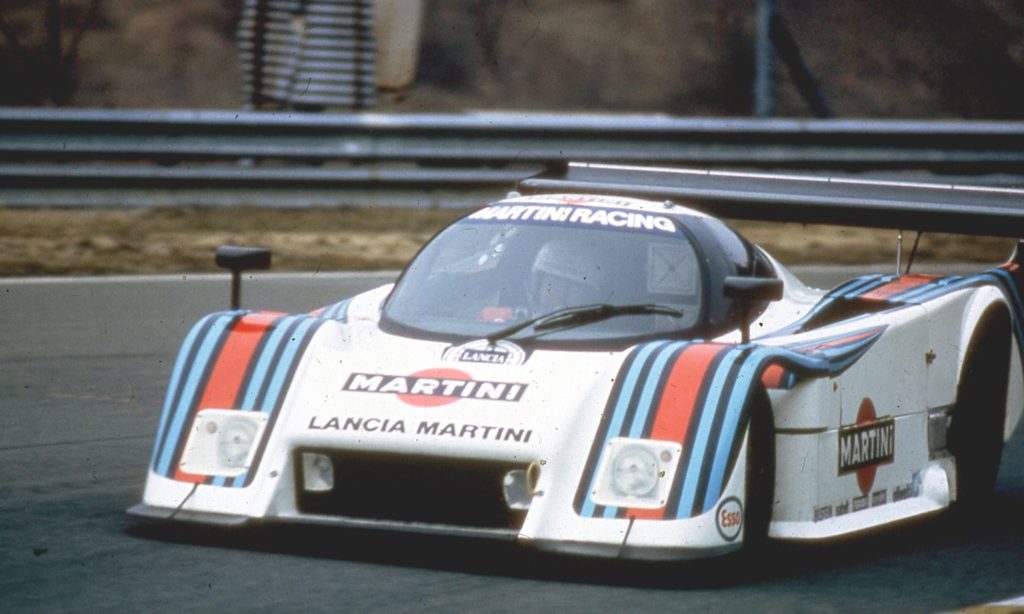 The Lancia LC2 is the kind of car that just would not be made today. The LC2 was created for Group C racing to compete in World Sportscar Racing. It featured a 2,6-litre V8, made by Ferrari, boosted by two large KKK turbochargers. Peak power was approximately 700 kW. The LC 2 celebrated a one-two in 1984 with Patrese-Nannini and Wollek-Barilla at the Nine Hours of Kyalami. 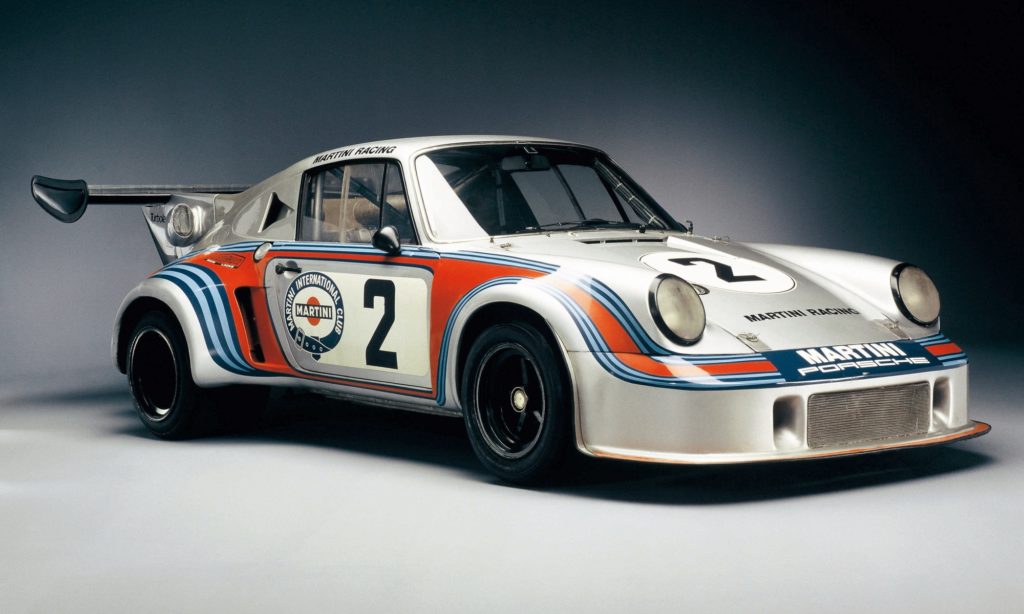 This is probably one of the most recognisable Martini racecars of all time, mostly due to the fact that the livery has been used on 911s ever since it debuted. The 911 RSR was powered by a turbocharged 2,1-litre flat-six that was good for 373 kW (a nice round 500 bhp). The head and block were magnesium and the conrods were titanium. Lessons learned with this car were directly transferred into series production in the shape of the first 911 Turbo (aka the 930). 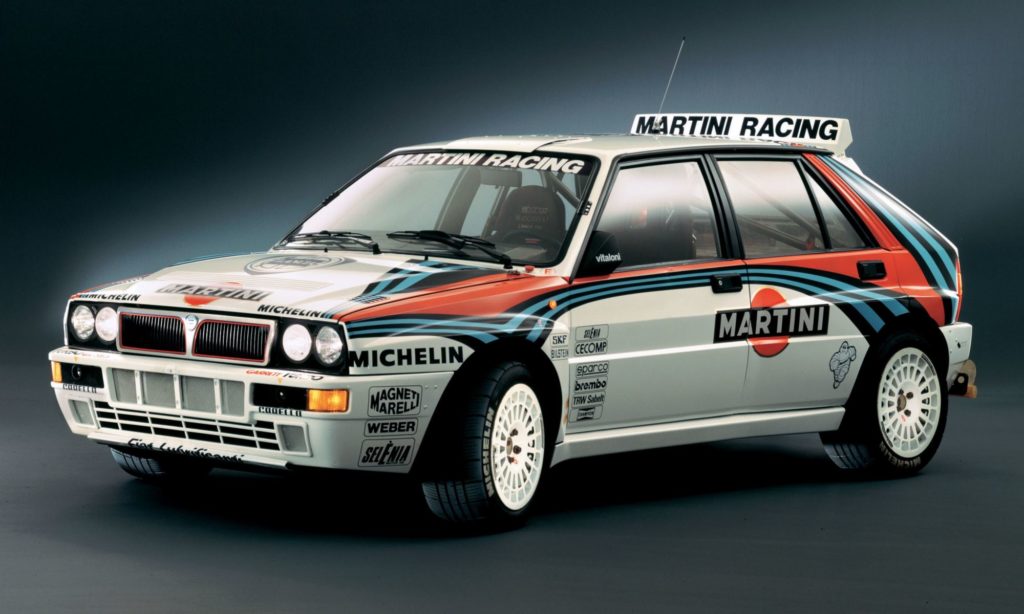 When the craziness known as Group B rallying was outlawed in 1986, the Lancia Delta rose to dominance. In its various guises Integrale models claimed world championship events and six successive manufacturers’ titles. The successful models featured a four-cylinder twin-cam engine with 16 valves and a turbocharger that delivered 220 kW. Permanent all-wheel drive, three differentials, six-speed dog ring gearbox and front and rear independent suspension were a winning recipe. 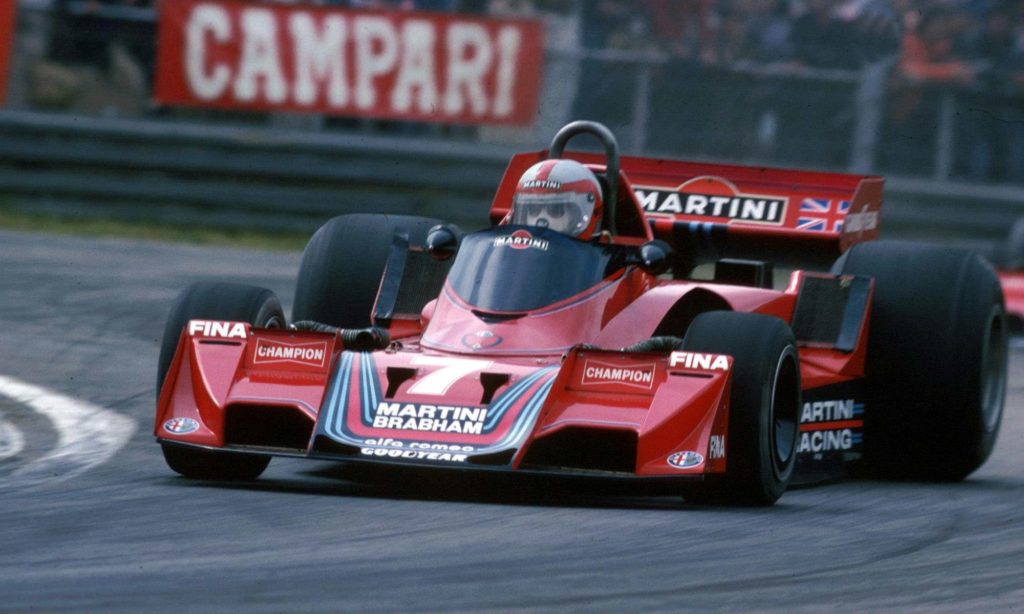 This car has a direct link to South Africa as it was designed by legendary F1 designer, Durban-born Gordon Murray. The red base colour was not often used for the Martini livery, making it quite unique in appearance. While it looked great, the BT45 didn’t taste success.