Round two of the 2020 campaign was held at the Red Bull Ring but under a different name. Our regular correspondent Nick van der Meulen presents his F1 Review Styria 2020.

Covid-19 has created, arguably, the greatest sporting havoc in history and the motorsport governing bodies have had to make some unusual decisions to ensure world championships go ahead, despite a four-month delay. The FIA has arranged a number of “duplicate” races, where the second event, at the same racetrack, is renamed. Read about the most recent additions to the 2020 F1 calendar at this link. The Styrian Grand Prix is one example, as it is a second race to be staged at Spielberg, Austria, following the previous week’s Austrian Grand Prix. For the first time in Formula One’s 70 year history back-to-back races were hosted at the same track in the same season.

Read our review of the 2020 F1 Austrian GP by clicking here. 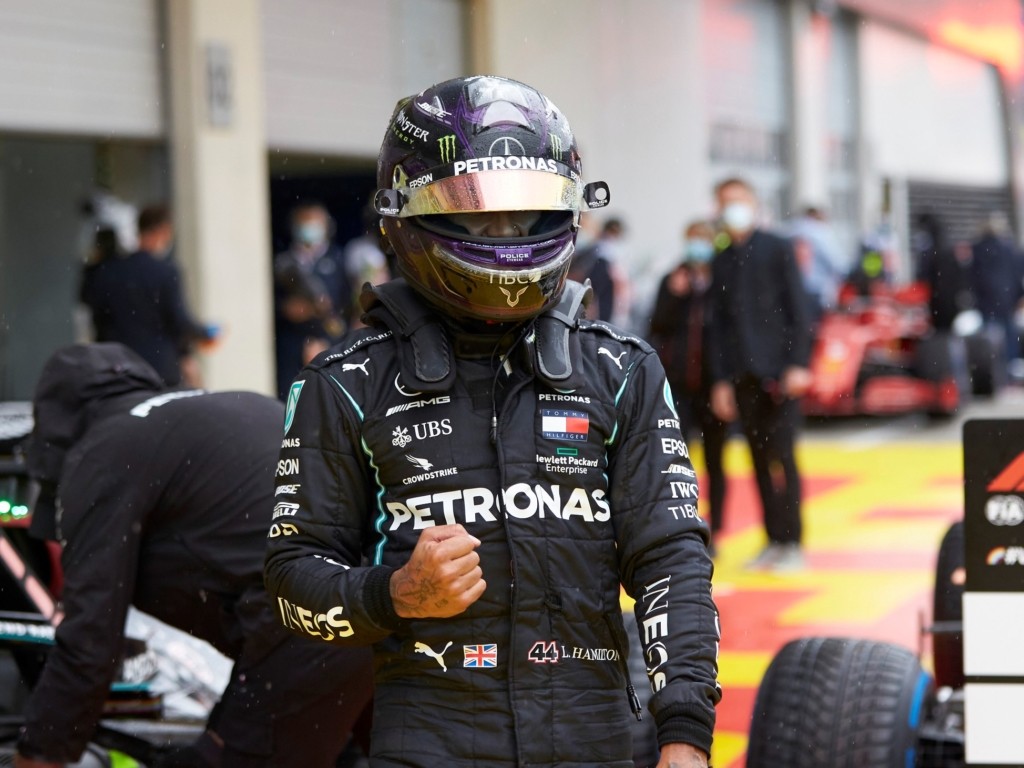 The weather conditions leading into the weekend was vastly different, with torrential rain occurring on Saturday. This made qualifying difficult for the drivers – and saw a few surprises. The track temperature on race day was also considerably cooler than the previous week, with a relatively “green” (i.e. not much rubber on the tarmac for grip) circuit to deal with…

Despite the different conditions at “Styria” this weekend, the story did not differ much: it was Mercedes versus Red Bull for race honours. Reigning world champion Lewis Hamilton, after suffering defeat in Austria, refused to be challenged and posted a time 1,2 seconds faster than his rivals in qualifying – a phenomenal achievement in slippery conditions and on a short circuit to boot. He converted it into a lights-to-flag victory, leaving his rivals in his wake. It is clear from this performance that, despite his troubled start to the championship in Austria, his rivals will have to dig deeply to oust him from the F1 throne.

Teammate Valtteri Bottas had a solid drive to finish a distant second, having to negotiate Red Bull Racing Honda’s Max Verstappen in the closing stages of the race. Verstappen held onto the position for much of the race, despite Bottas’s superior speed in the first stint before the Dutchman pitted. Instead of pitting the Finn immediately afterwards, Mercedes opted to keep him out on track.

This was a mistake, as Bottas lost 5 seconds to his rival as a result, leaving him to do the work all over again. The Red Bull racer flagged in the closing stages of the race, however, his rear tyres having lost grip, and this allowed Bottas to sail past (eventually: the feisty Dutchman fought hard to keep the position), while Verstappen pitted for new rubber with three laps to go. He finished safely in third place, claiming his first points of the season.

Verstappen finished well clear of his Red Bull Racing-Honda teammate, Alexander Albon, who had his hands full trying to keep Sergio Perez (Racing Point-Mercedes) at bay in the closing stages of the race. Perez made a move to pass, but Albon closed the door and the two made contact. The Thai driver emerged unscathed, but the contact effected Perez, who dropped away in the final lap and was pounced upon for position in the final corner of the race.

It was clear that the “Pink Mercedes” is at least the third best chassis on the grid and Perez and Lance Stroll put them to good use in the race. Perez started from a lowly 17th on the grid, after issues in the wet qualifying session (he was fastest of all on Friday) and carved his way through the field. Stroll spent the latter half of the race battling with Daniel Ricciardo (Renault) for sixth place, with the “Honey badger” keeping the Canadian at bay until the penultimate lap of the race, when Stroll attempted an opportunistic move on the brakes into Turn 3 and ran them both wide.

This brought Lando Norris (McLaren-Renault) into the equation and the young Englishman made short work of the compromised Ricciardo. Norris had to wait until the next (final) lap to dive past Stroll and gleefully dived past Perez in the final corner of the race to snatch an unlikely fifth place. Perez and Stroll finished sixth and seventh, respectively, ahead of a disgruntled Ricciardo – a figurative blanket covering the three at the chequered flag. Carlos Sainz (McLaren-Renault) drove a solid race, before fading in the closing stages of the race (he still broke the lap record!) to finish ninth, ahead of Alpha Tauri’s Daniil Kyvat.

What of Ferrari? Both Sebastian Vettel and Charles Leclerc had a disastrous qualifying session, with Vettel barely breaking into the top 10, while Leclerc received a penalty for blocking Kyvat in qualifying and had to start 14th. It was clear that Ferrari lacked the speed they enjoyed in 2019 (was this related to the “confidential” agreement between the marque and the FIA with regard to engine queries?) has disappeared – they lapped one second slower than in 2019.

Ferrari came to “Styria” with some upgrades, which Leclerc stated had potential, but they did not get the chance to test them under race conditions. In the worst scenario conceivable, the teammates came together on the first lap after Vettel made a poor start and left a sliver of a gap for the young Monegasque to consider diving for into Turn 3. By the time the German reached the apex, there was no space and his machine lifted Leclerc’s onto his rear wing, resulting in an embarrassing double retirement for the marque. To his credit, the young Leclerc raised his hand to claim responsibility, but would this have happened if the Ferraris were competitive?

Click here to read about recent developments in the F1 drivers’ market.

While fans and the paddock had to wait many months for racing to resume, the third round of the 2020 F1 season is less than a week away, as the circus moves to Hungaroring, Hungary. This is a challenging, twisty circuit, which is the slowest on the calendar for the season (Monaco has been cancelled). This underlines the importance of qualifying for the Grand Prix. Expect the two Mercedes and the Red Bull of Verstappen to dominate, with Albon rounding off the top four. The interest lies in who is where in the mid-field…

You can watch video highlights of the race here.