The season-opening Formula One race left race fans on the edge of their seats until the very last lap, as our regular correspondent Nick van der Meulen reports in his F1 Review Austria 2020.

Four months late, the F1 season is finally underway. What the opening race told us is that, despite the pecking order, bad luck and reliability issues can happen. Looking at the teams, Mercedes and Red Bull Racing occupy the top tier, Ferrari has been demoted to the second tier, shared with McLaren, Renault, Alpha Tauri and Racing Point, while Alfa Romeo share the lowest tier with Haas and Williams. 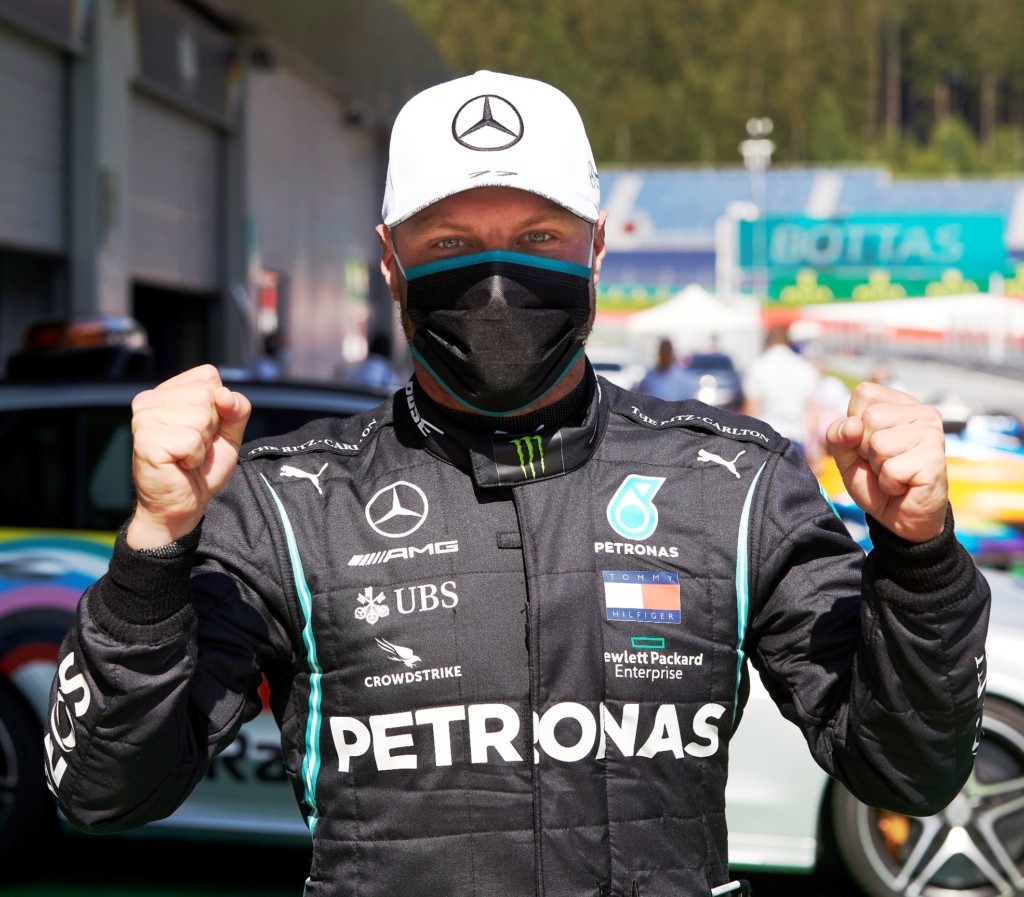 Mercedes dominated proceedings, but it was Vatteri Bottas, and not his more illustrious teammate Lewis Hamilton, who dominated proceedings in qualifying and the race. The Finn had to endure hearing that his machine was faulty (“worse than the other car”), as well as restarting from three safety car interludes to take a magnificent victory. For once, Hamilton wasn’t in the picture…

Hamilton had a tough first weekend of 2020 (click here to check out the rest of the revised 2020 F1 calendar). It began by being demoted three grid slots just before the race for not slowing for yellow flags in qualifying. He recovered well to take second place and had a chance to pounce for the lead when the first (and subsequent second) safety car came out. Bottas’ restarts were superb, while the six-time world champion managed good starts at best.

Alexander Albon (Red Bull Racing-Honda) made a brilliant restart after the last safety car period and attempted a pass around the outside of Hamilton, with the Englishman firmly holding his line – which resulted in a spin for the Thai driver, out of contention. Hamilton received a five-second penalty for the incident and was relegated to fourth place at the finish. While the stewards imposed this penalty on Hamilton, why wasn’t an extra five-second penalty given to Sergio Perez (Racing Point-Mercedes, he already received a five-second penalty for speeding in pit lane) for trying to sideswipe Lando Norris (McLaren-Renault) when the Englishman passed the Mexican?

Norris drove a superb race and took his maiden podium finish, elevated to third position after Hamilton’s penalty. Teammate Carlos Sainz finished a fine fifth and McLaren’s Zak Brown had much to smile about – even when Norris almost bowled him over in a bear hug in front of the new podium celebration.

Red Bull Racing-Honda had a touch of sour grapes for the first weekend 2020, protesting the legality of Mercedes’ Dual Axis Steering (DAS) system, despite having it clarified in testing back in February. It was summarily rejected and the team, undeterred, protested Hamilton’s yellow flag incident in qualifying – just before the race. This time, the protest was upheld and Hamilton was demoted three places on the grid.

This lifted their lead driver, Max Verstappen, to the front row of the grid – a golden opportunity for the Dutch driver, especially as he was running on different rubber than his opponents. The opportunity disappeared early in the race, however, when Verstappen suffered hydraulic issues, affecting his gearbox and brakes, resulting in the very first retirement of the season. Albon was in line to finish on the podium before his clash with Hamilton and retired in the closing stages of the race.

What of Ferrari? They were dismal in practice and qualifying and it was thought that the red cars would be struggling to finish in the points, let alone reach the podium. Charles Leclerc drove a solid race and used the safety car incidents to his advantage to finish in second position – a superb performance from a sub-standard machine. Teammate Sebastian Vettel, who has been ousted from Ferrari at the end of this season, had a dismal outing, clipping Sainz in the early stages of the race and spinning out of contention. He managed to recover and salvage a single point, after no fewer than nine retirements from the race.

Thankfully, fans could see some live racing again. There are two take-home messages from the broadcast, however. The fans create the ambiance: without them, the race is just a race. Secondly, broadcast commentary makes all the difference. You can enjoy a boring race with excellent commentary, or be bored in an action-packed race with not-so-good commentary (or none at all).