Sarel van der Merwe is, arguably, South Africa’s most famous racing driver. Supervan is a household name even decades after retiring from competition driving. The lanky Capetonian has won multiple titles on tar and dirt in SA and raced on some of the biggest international stages, including the 24 Hours of Le Mans. Double Apex is pleased to announce that Oom Sarel will be contributing to our site as/when his schedule allows. Over his lengthy career, both locally and abroad Van der Merwe has raced against some of the most highly regarded drivers over a thirty-year span. In his first piece for Double Apex he thinks back on: The Best I’ve Raced Against.

I’ve been lucky to race for many years and in many series around the world. I also raced at a time when things were very dangerous, much more dangerous than today. The guys we raced against internationally were very quick and very brave. You really had to put it all on the line if you wanted to succeed. I was talking with the editor of Double Apex recently and it made me think back over my career about the best I’ve raced against. In no particular order, here are my choices.

The best on the international stage

Near the very top of my list has to be Stefan Bellof. We all knew Bellof was quick from the day he arrived on the scene. And when we heard that he died in a crash (at Spa on Sept 1, 1985) it was no surprise to any of the drivers who raced with him. Bellof was on the very edge all the time, he was fearless. It’s just how he drove and that’s what made him fast. 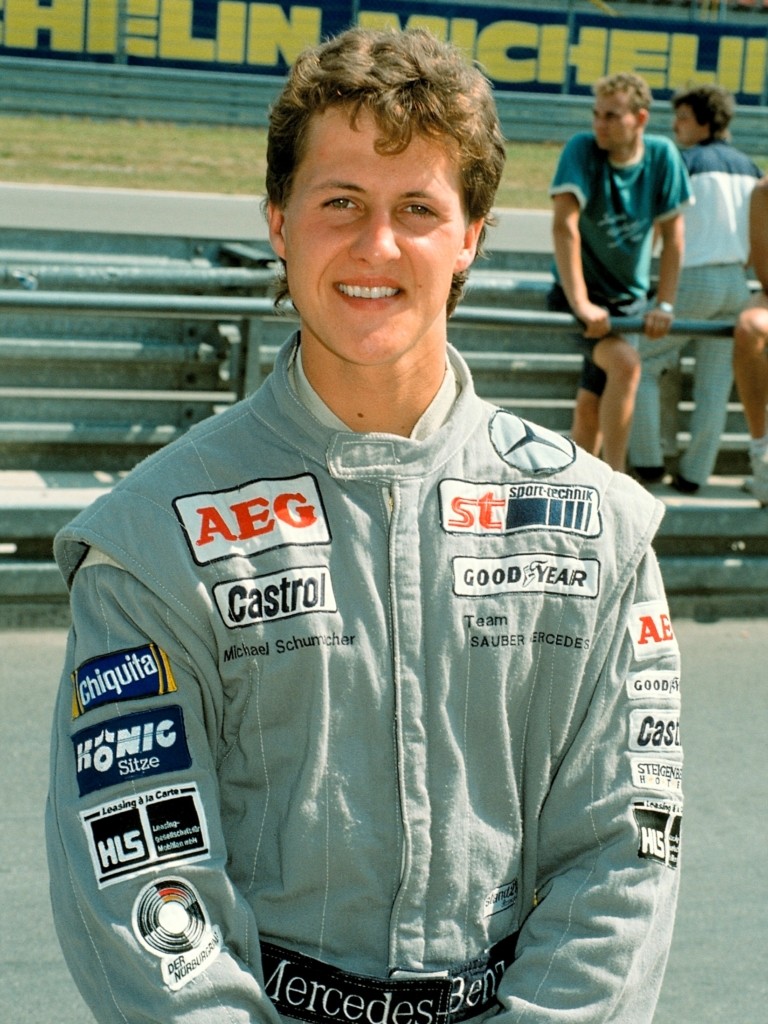 Schumacher at the very start of his sportscar career.

Schumacher also rates very high as well. As a very young (sportscar) driver for Mercedes, who was supposed to be a number two driver, he outshone all his senior team-mates, Baldi and all those guys. He was incredibly quick right from the start, but he was also very calculating as a driver. It was like a Senna/Prost scenario with Bellof/Schumacher. The only difference is Schumi could be quicker than anyone when needed. That combination made him one of the best of all them all. His technique also made him gentle on the car. If he was leading it was almost certain that he was going to win. I’ll never forget when I was racing (a Porsche) at Spa in the rain, and I was pretty good in the wet. I thought we were on to win the race when this young bloody German overtook me. I knew right there he’d go on to do great things.

Click here to read why one SA champion thinks Lewis Hamilton is the best of all time.

Bob Wollek was my team-mate at IMSA and Le Mans (in 1988). He is the most underrated of the era.  Bob was very quick and consistent. When you handed him a lead you knew it was safe and he’d bring the car home. I was quite happy as his team mate because he was solid as a driver. He was a really nice guy, who I became very good friends with.

Not many people may know who Al Holbert is outside of the US. He was a multiple IMSA champion and a real family man, so he didn’t want to race too much outside the US. He was a factory driver for Porsche in US, a real solid driver. When Al was in a race I always wanted to know where he was, if he was behind and closing or in front and opening up. In fact, it was his March Porsche that we bought and won the (1984) 24 Hours of Daytona in.

Read about the very last time the Le Mans track was run without chicanes at this link. 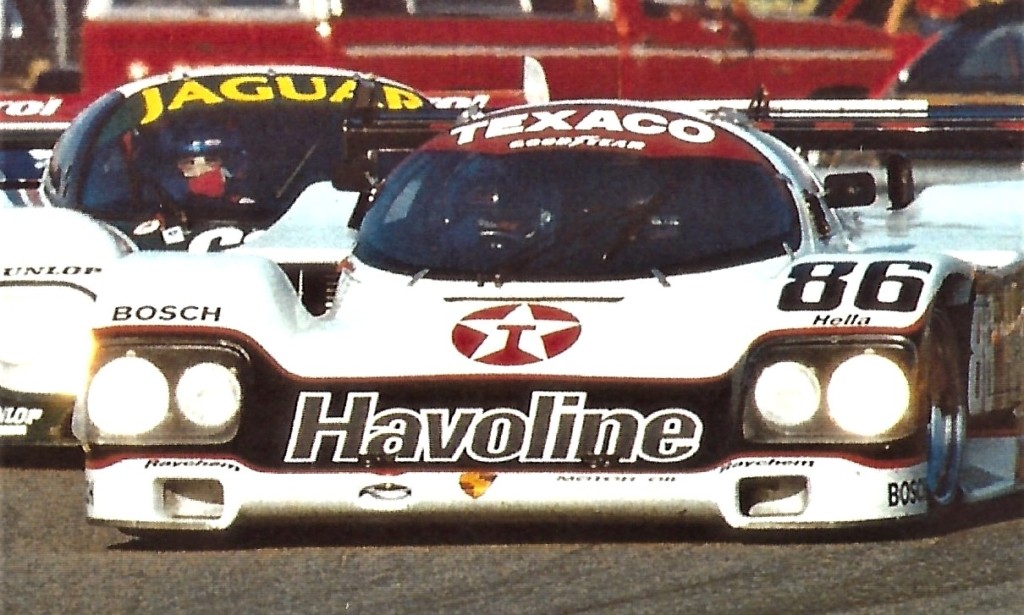 Stuck, Ludwig and Van der Merwe raced at Daytona together.

Klaus Ludwig and Hans Joachim Stuck were almost sworn enemies. They are both from Germany so they were going for the same drives in teams at the same time. They were also both team-mates of mine at Daytona. Some called us the Dream Team because we were in a factory car and equally quick drivers. At Daytona we were leading by 2-3 laps. We did a brake pad change and on the out lap Stuck crashed into the barriers. To repair took us a long time and we finished 3rd in the end after losing time. It was great to be in the middle of these two drivers who didn’t really talk to each other. I had to pass messages between them, which was funny. It was also good racing against them at many events and then with the two of them in the same car. I rate them both very highly.

Of course, there were many quick drivers on the local scene as well. I raced against many fast guys over the years and a few really stood out. Ian Scheckter is very high on my list. Many people will know he and I didn’t get along when we were racing saloons, and we had that very big crash and I wanted to kill him afterwards. But we’ve become very good friends since.

I recall when we brought Ian across to the US to compete in the IMSA series in the March Porsche. I had done a long stint and I was out of the car resting. After just a few minutes the team manager told me I had to get back into the car. Ian, who was used to single-seaters, where he was very quick, couldn’t cope with the big, heavy sportscar. I raced against him in the manufacturer’s series in SA, and later in Porsche Turbo Cup and he was always quick.

Terry Moss was fast, but he was a dangerous guy to be around. You had to be really careful when he was close by. There are few guys you should never attempt to go around the outside, and Terry is one of them. If he had the chance he’d push you off. When he wasn’t doing that kind of stuff he was a quick driver.

Ben Morgenrood, one of the most skelm guys I’ve raced against, but a really good guy. He is one of the quick guys in SA racing which is why he has been around for so long. 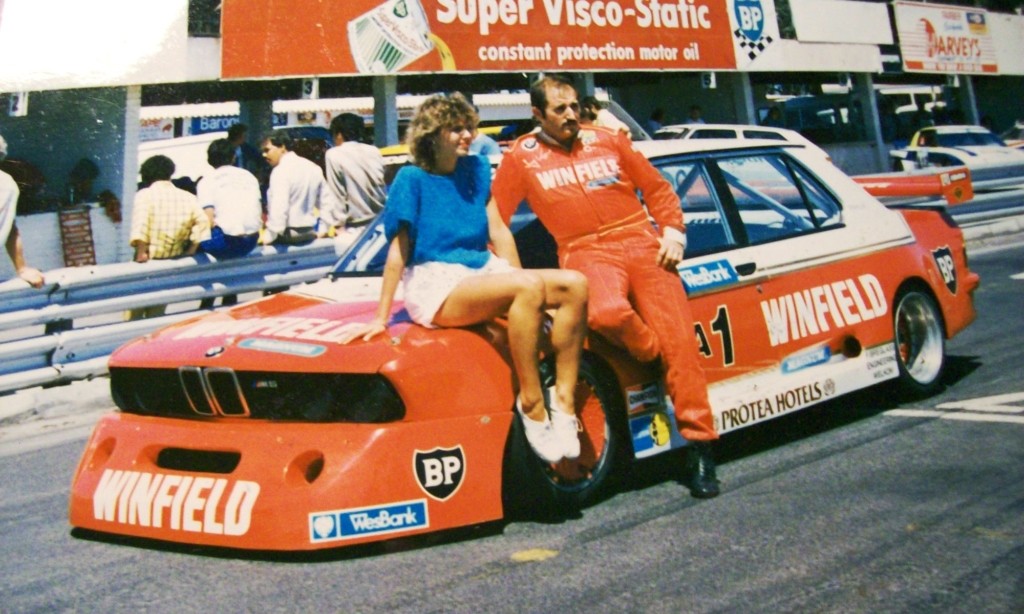 Tony Viana on his BMW M5

Tony Viana was one of the most underrated guys in SA. I think Tony single-handedly put BMW on the map in motorsport in SA. He built his own cars, then he’d tow it to a race and finally race it all weekend. Tony was a quick driver and very fair. He was good to race against because you knew you could trust him not to do anything crazy. He raced almost until the time that he passed away, just a few months, which tells you how much he loved racing.

Sarel van der Merwe is, arguably, South Africa’s most famous racing driver. Supervan is a household name even decades after retiring from competition driving. The lanky Capetonian has won multiple titles on tar and dirt in SA and raced on some of the biggest international stages, including the 24 Hours of Le Mans. Oom Sarel will be contributing to our site as/when his schedule allows.