Legendary racing driver Sir Stirling Moss passed away this morning at the age of 90. Moss won the English Formula 2 championship in 1949 and 1950. He made his Formula 1 debut for Maserati. He then joined the Mercedes-Benz Silver Arrows team in 1955 at the Argentinian Grand Prix.

He won the British, Belgian and Dutch Grands Prix in 1955. He ended the season as runner-up to Fangio in the driver standings. He was also runner-up in 1956 and 1958. In his F1 career, he won 16 races from 67 appearances but the F1 driver’s title eluded him. He still has more victories than any F1 driver without a title. During his 15-year racing career, Moss won a remarkable 212 of the 529 races he entered. These included the Mille Miglia, Targa Florio and Sebring 12 Hours. After a serious injury at the “100 Miles of Goodwood” on 30 April 1962, Moss ended his active career at the age of 33.

Click here to read about the career of another F1 legend, Niki Lauda.

On 1 May 1955, Moss wrote motorsport history. Moss and co-driver Denis Jenkinson won the Mille Miglia road race driving a Mercedes-Benz 300SLR in the best time ever achieved there. The pair completed the 1 000 mile (1 609 km) race from Brescia to Rome and back in 10 hours, 7 minutes and 48 seconds; that’s an average speed of 157,65 km/h. Another historic moment is Moss’ victory at the British Grand Prix in Aintree on 16 July 1955 ahead of his team-mate Juan Manuel Fangio. It was the first victory ever for a British racing driver at this Grand Prix.

In his home country, Moss was known as “Mr Motor Racing” and “the epitome of speed” during his racing career. For his services, Queen Elizabeth II honoured him with “The Most Excellent Order of the British Empire” (OBE) in 1959. In 2000, Moss was raised to Knight Bachelor, making him Sir Stirling.

Commentator and former F1 driver Martin Brundle said: “RIP Sir Stirling Moss. A mighty racer and gentleman. He had a press-on style on the track and in life. Remarkable man. Survived the most dangerous era of motorsport and died today aged 90. He had such great stories to tell, and it was a privilege to know him.” 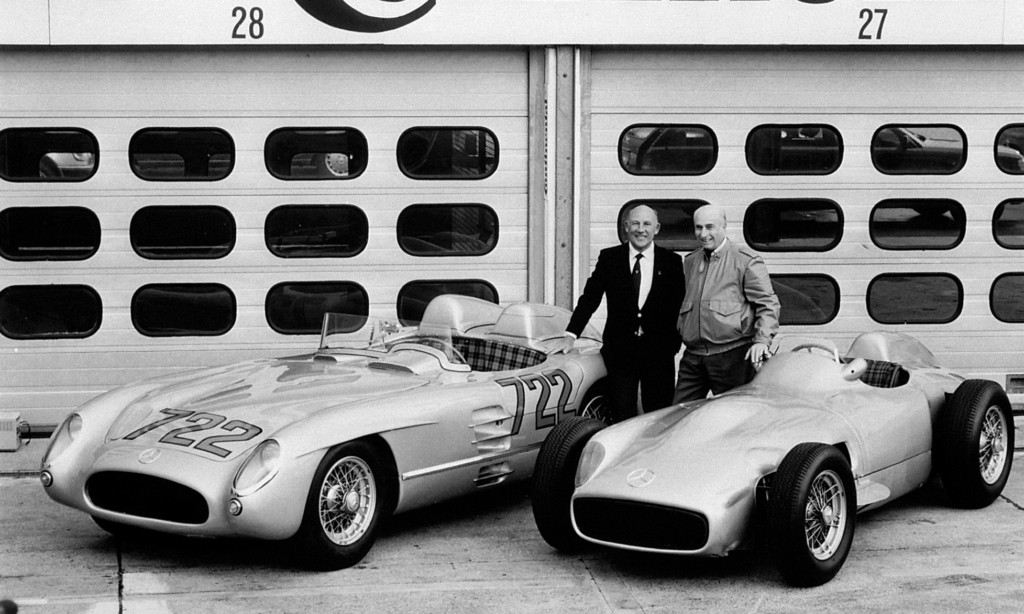 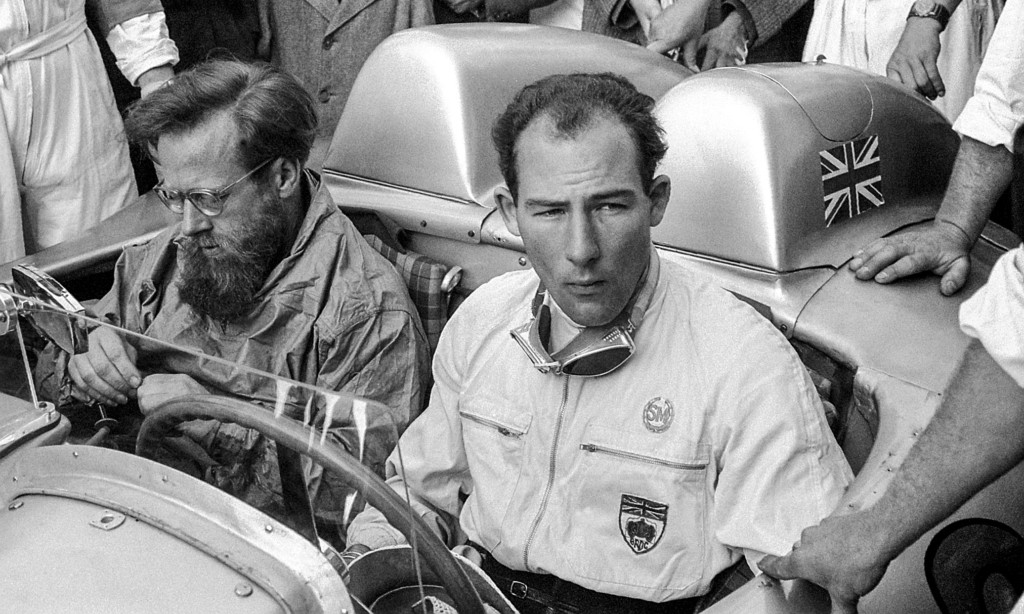 Stirling Moss won the arduous Mille Miglia road race with his co-driver Denis Jenkinson in a Mercedes-Benz 300 SLR (W196S) in the best ever time achieved. 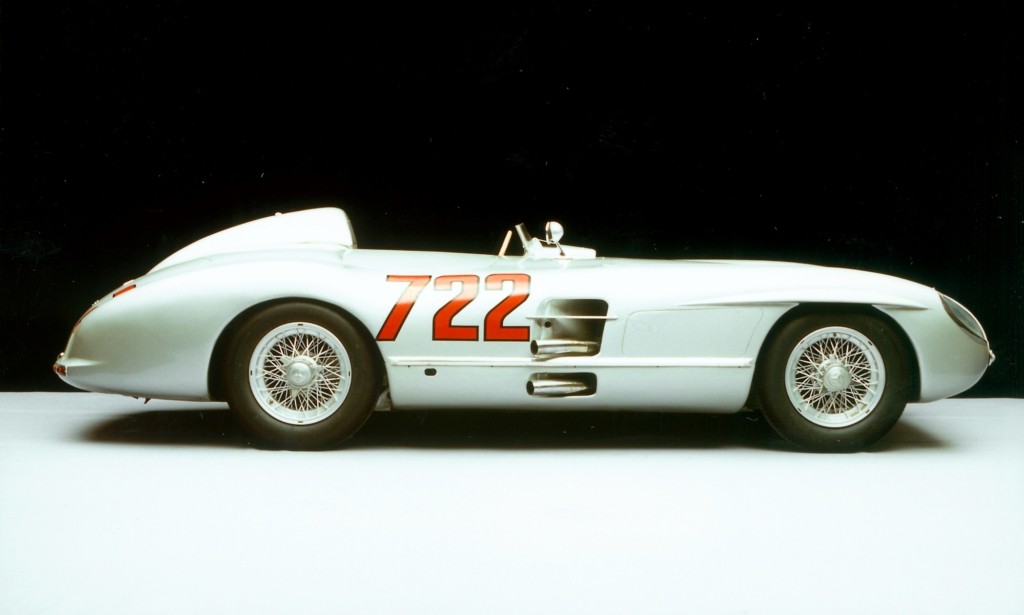 And this is the winning Mercedes-Benz 300SLR with the number 722 (its start time) on its flank. 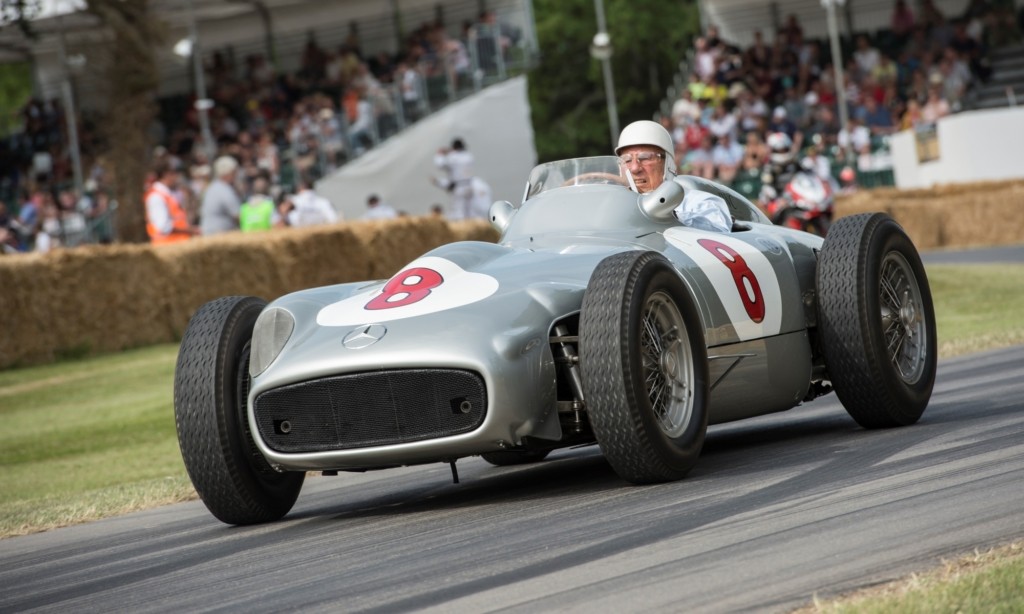 Brand ambassador Sir Stirling Moss in the Mercedes-Benz W196R Formula 1 car, which he raced alongside Juan Manuel Fangio, at the 2015 Goodwood Festival of Speed. 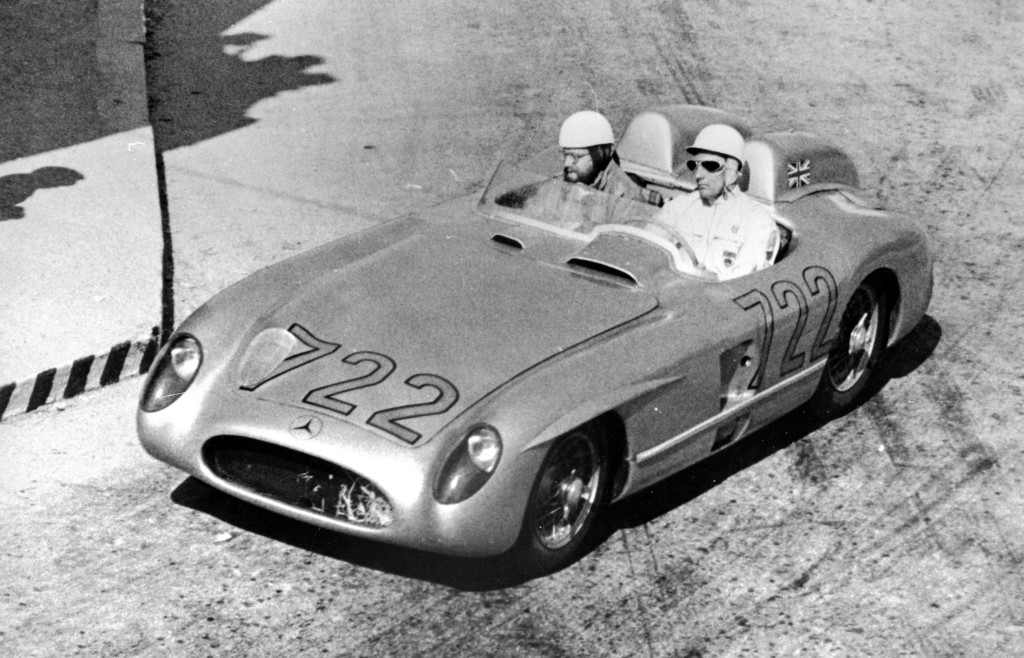 Stirling Moss with his co-driver Denis Jenkinson on the Mille Miglia road race in Mercedes-Benz 300SLR in 1955.