A few weeks ago Mercedes-AMG wowed the world with the apex derivative of its GT sports car line-up, called the GT Black Series (which you can read about at this link). Performance enthusiasts will know the Black Series moniker as AMG has been building the nameplate over many years. Black Series refers to the most extreme version of an AMG model – a title reserved for two-door body styles. With the recent introduction of the GT Black Series just six products wear the esteemed badge. We take a look back at Mercedes-AMG Black Series history in this post. 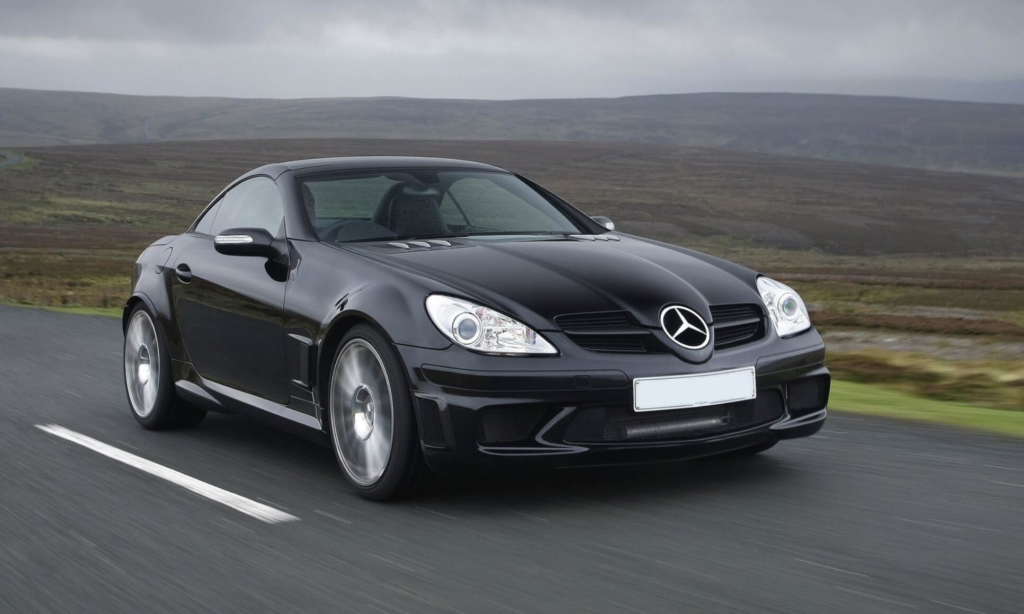 The very first model to get the Mercedes-AMG Black Series treatment was an unlikely candidate in the shape of the SLK roadster. AMG decided to work its magic on the SLK55 to produce the SLK55 AMG Black Series in 2006. Power from the naturally aspirated 5,5-litre V8 was increased to 294 kW (up from 265); its peak torque is 520 N.m.

To save mass the SLK55 Black Series ditched the folding roof mechanism, in its place is a fixed top made from lightweight carbon-fibre. Other than a set of larger alloys and subtle air vents in the bumper this model’s appearance is quite reserved. Under the skin, there is a fully adjustable suspension and larger brakes suited to track work. The SLK55 Black Series remains the rarest of all Black Series cars with just 120 units produced. 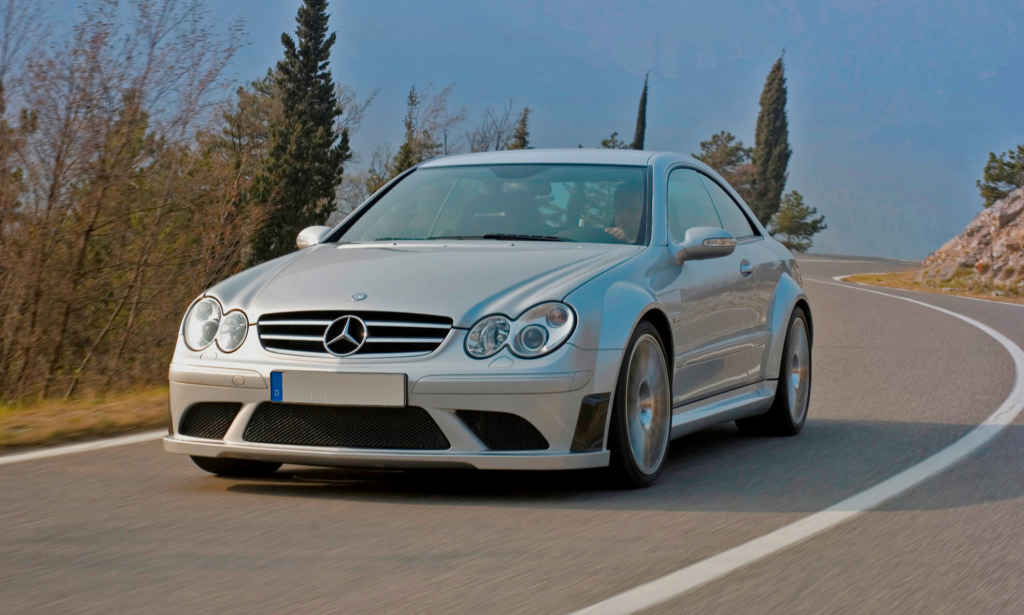 The SLK55 Black Series flew somewhat under the radar, so it wasn’t until the second member of the family appeared that people sat up and took notice. The CLK63 Black Series made far more of a statement when it came to market in 2007. Not least of all with its appearance.

To deal with the extra forces produced in the engine room, the CLK63 Black Series was beefed up with bigger brakes, a fully adjustable suspension, forged alloy wheels, and extra body bracing. Oh, and the rear seat was axed, so you could only scare one passenger at a time. The coupe could sprint from 0-100 km/h in 4,3 seconds and had a top speed. This is, of course, electronically limited to 300 km/h. AMG produced 700 units of the CLK63 Black Series. 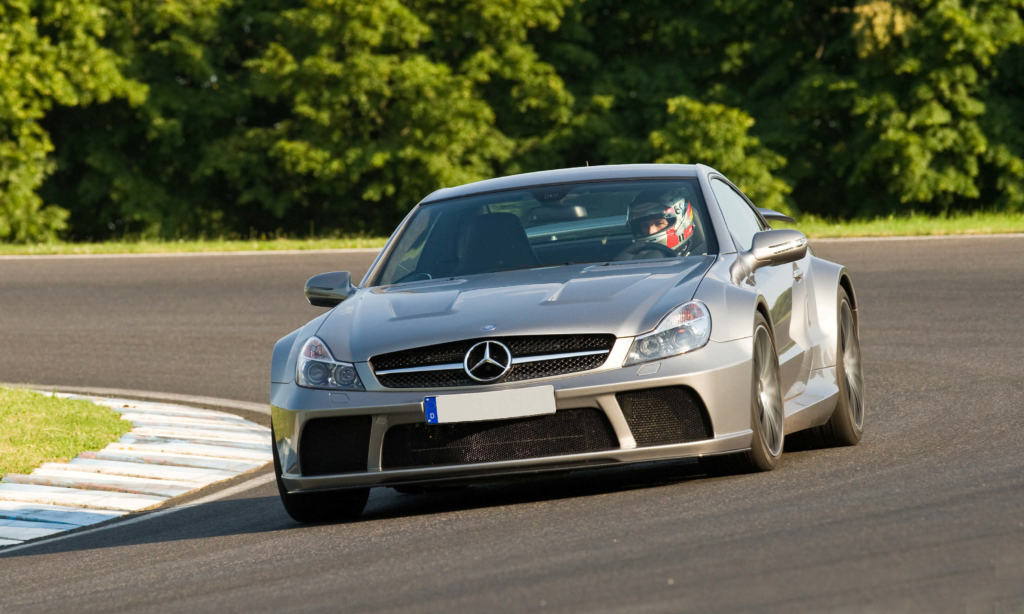 If the CLK63 made people sit up and take notice, the SL65 Black Series was a smack in the face.

The otherwise svelte coupe was given the most extreme makeover seen on any Mercedes when launched in 2008. Wider fenders, large air inlets and outlets, and a fixed rear aerofoil left onlookers with no doubt they were (usually) staring at something special. An adjustable coilover suspension set-up controls the massive alloys. The fixed roof, bonnet, boot lid, front wings, and rear apron were all made of carbon-fibre. This helps to lop a massive 250 kg from the mass of an SL65.

As outrageous as it looked, the main talking point of the SL65 Black Series was the powerhouse under the bonnet. The 6,0-litre, twin-turbocharged V12 was massaged to deliver a supercar-rivaling 493 kW and incredible 1 000 N.m of torque. AMG engineers had to dial it back from 1 200 N.m to protect the transmission. The large coupe could sprint from rest to 100 km/h in just 3,8 seconds. Top speed was governed to 320 km/h. Just 350 SL65 Black Series units were built. 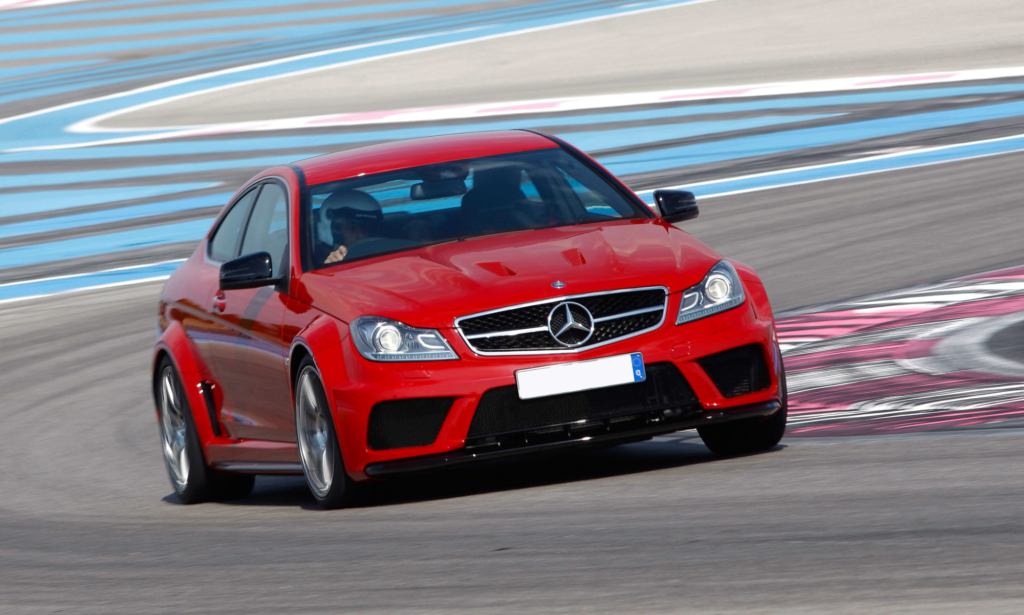 It took three years for the next extreme AMG to leave the gates of Affalterbach. This time the treatment was applied to the C-Class Coupe to create the C63 Black Series. The most powerful C-Class ever made seemed somewhat restrained when compared to its predecessor.

If buyers opted for the Track Package, they were privy to competition tyres, active cooling of the differential, and an AMG Aerodynamics Package with flics, front splitter, and adjustable carbon rear aerofoil.

The most important aspect was, of course, the motor. Mercedes’ high-revving V8 was tuned to deliver 380 kW and 620 N.m of maximum torque. Acceleration from zero to 100 km/h took 4,2 seconds, the top speed limited to 300 km/h. Body control was kept in check by an adjustable coilover suspension set up. 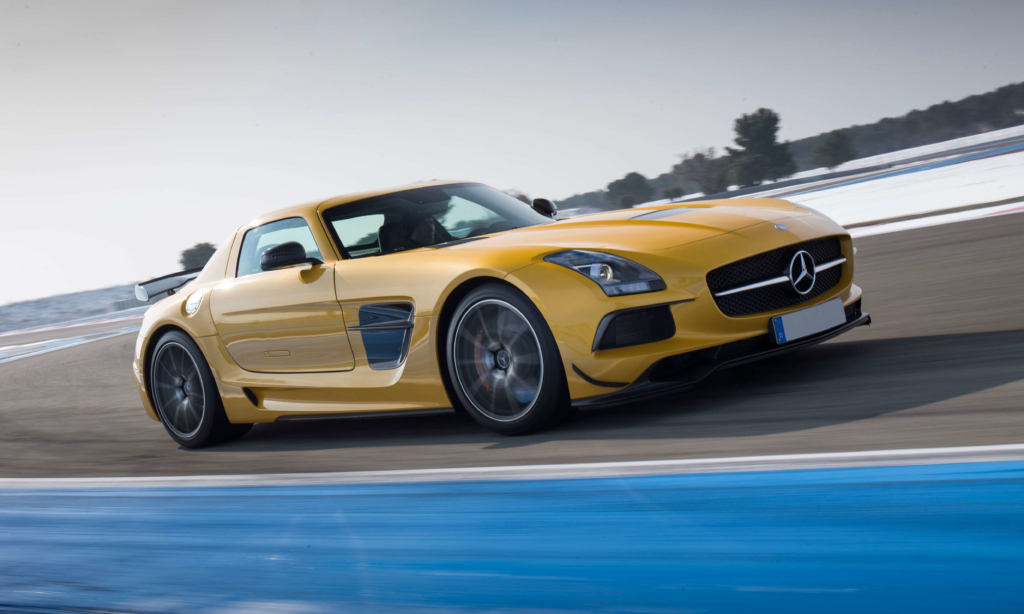 No one can ever accuse the SLS AMG of being for the shy retiring types. But once it got the Black treatment the levels of madness went through the roof.

Already boasting outlandish looks the Black Series treatment amped up the aggro with lashings of carbon-fibre, aerodynamic addenda, and a fixed rear wing.

The raucous 6,3-litre V8 was unleashed to rev to a dizzying 8 000 r/min, producing a stonking 464 kW/635 N.m in the process. That power output makes it the most powerful naturally aspirated passenger car ever made by the Three-Pointed star. To amplify the power increase, 70 kg was removed which resulted in a new figure of 1 550 kg.

Part of the mass saving took the shape of an AMG titanium sports exhaust system. This allowed the motor to sing its signature V8 tune even louder. Power was sent to the rear transaxle through a carbon-fibre torque tube. Standard ceramic brake discs measuring a massive 402 mm at the front, while the 360 mm at the rear were responsible for reigning in the power.

Fans of performance motoring and AMG have had to wait many years since the SLS went out of production for the next Black Series model to appear. The GT Black Series is the most extreme version to ever wear the badge. With a flat-plane crank V8, twin-turbocharging, and active aerodynamics it promises to be an absolute weapon, elevating AMG into the rarefied air of special Porsches, McLarens, and Ferraris. It is a fitting continuation of the Black Series tradition.