The 24 Hours of Le Mans has been dominated by European automakers for almost its entire history. But in 1991 the history books were rewritten when the Mazda 787B crossed the finish line first at the famous French race. In doing so Mazda become the very first Japanese manufacturer to take the overall victory at La Sarthe. That victory took place exactly 30 years ago on this day. With that in mind we bring you this exclusive gallery of images showcasing Mazda’s win at Le Mans. Check out a full gallery of iconic 24 Hours of Le Mans at this link. 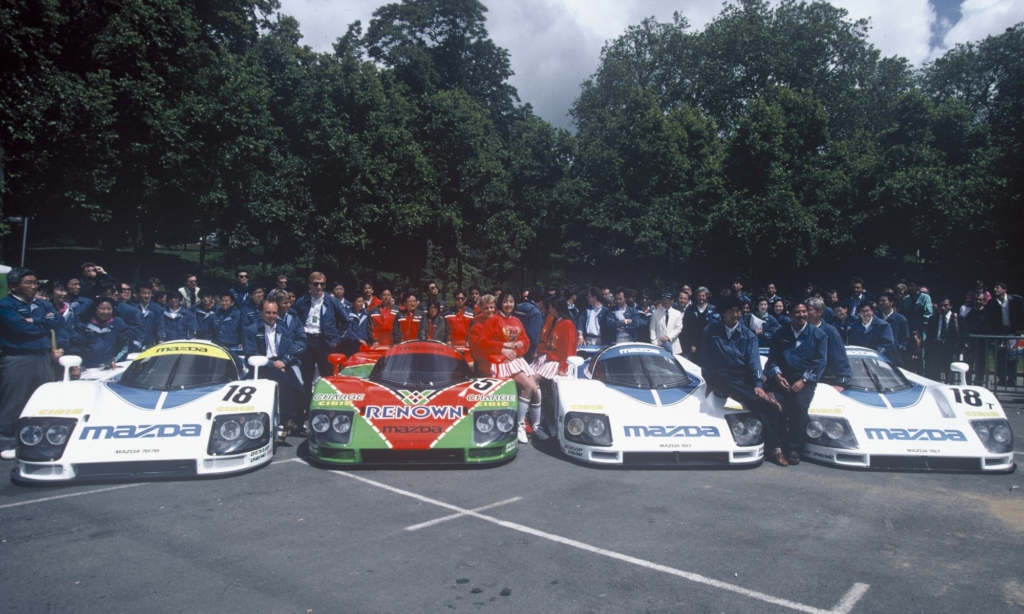 In 1990 it was announcement that rotary engines would be banned at Le Mans from 1992. This meant that Mazda had one final chance to win overall with its unique engine concept that it had campaigned for many years prior. Mazda arrived at the 1991 race with an evolution of the 787 it had developed for the 1990 event, called the 787B. Two 787Bs were entered alongside a solo 787. 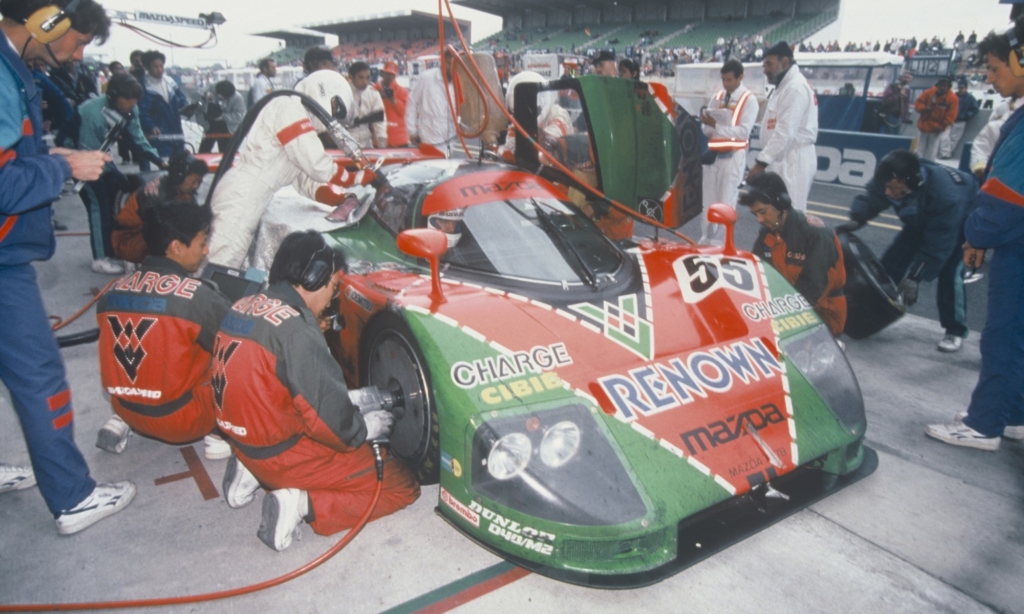 The newer Mazda 787B featured a 25 mm longer wheelbase, larger 18-inch wheels and carbon fibre brakes. The bodywork was revised for improved cooling and increased downforce. The winning Mazda 787B had covered 362 laps of the famous French circuit and over the course of its 28 pit stops had received just one oil top up, a change of brake discs and pads, plus a nose change. Incidentally, the Mazda 787B was the first car to win Le Mans with carbon brakes. 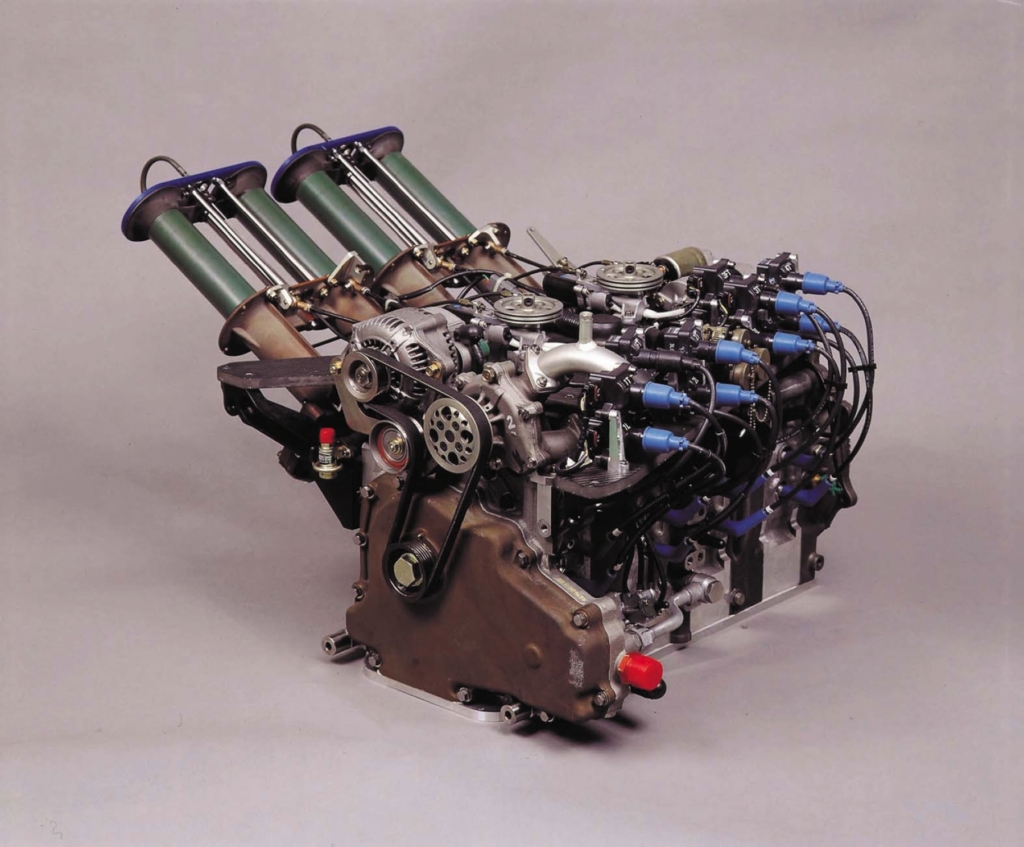 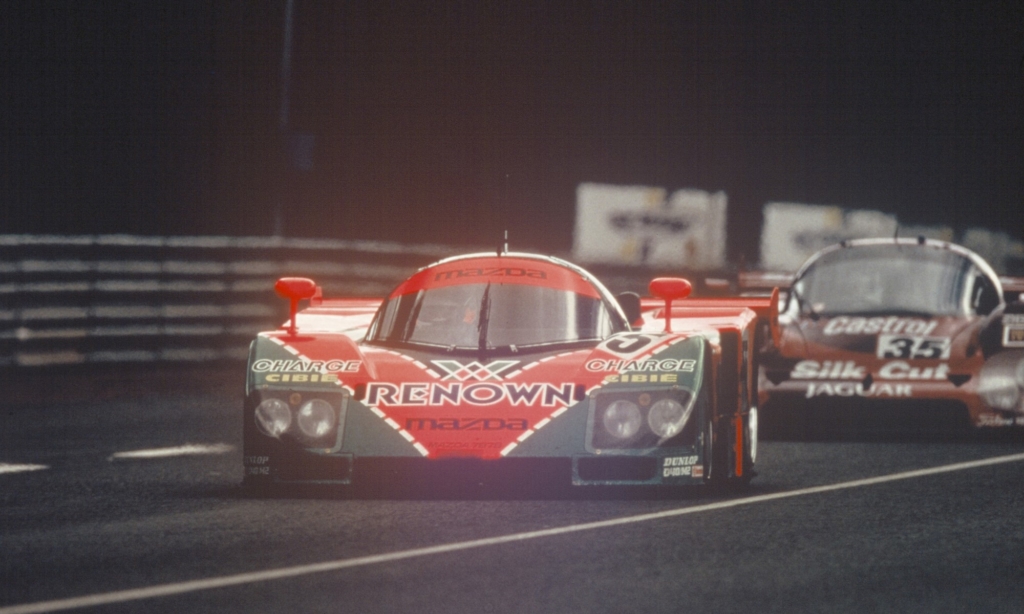 The 1991 field included the dominant Sauber Mercedes, Peugeot 905s, Kremer Porsche 962s and Silk Cut Jaguars (seen here behind the Mazda). Although not the quickest car in the competition the 787B was the most reliable. The No55 car only took over the lead with three hours left of the 24 hour race. 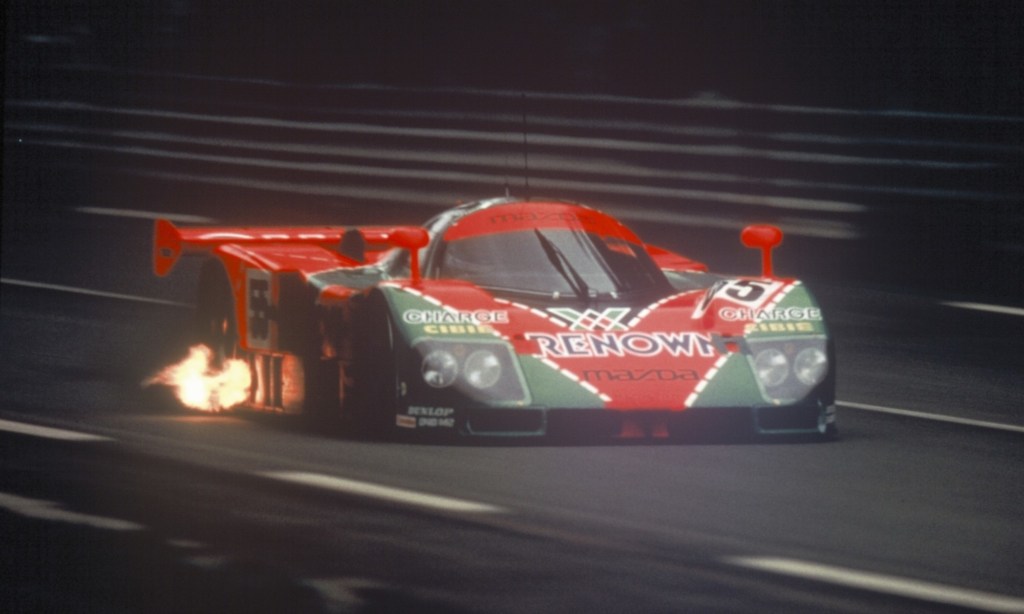 For race fans who were trackside at Le Mans in 1991 the overriding memory will likely be the distinctive scream of the Mazda rotary engines and the flames licking from the exhaust at night as the trio of Mazdas raced through the darkness. 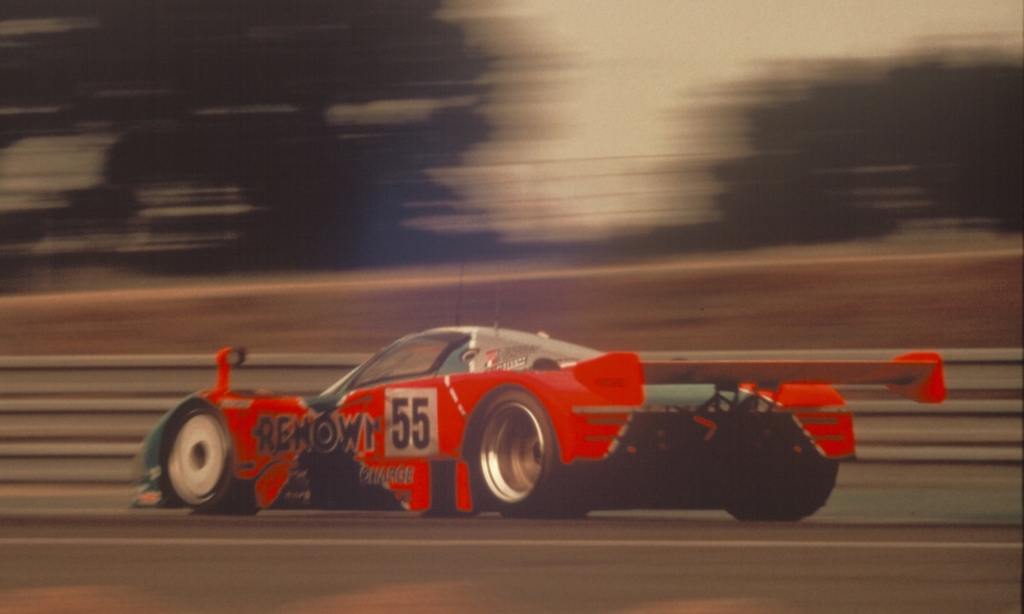 Commenting on the Mazda 787B, Johnny Herbert said: “the cabin of the 787B was beautifully laid out and comfortable, the rotary engine was absolutely fantastic” He remembers it as “silky smooth and bulletproof in terms of reliability” Adding, “Mazdaspeed was a very small team compared to the Mercedes and Jaguar teams but by 1991 the team was in perfect position because of the huge learning process in the previous years”. 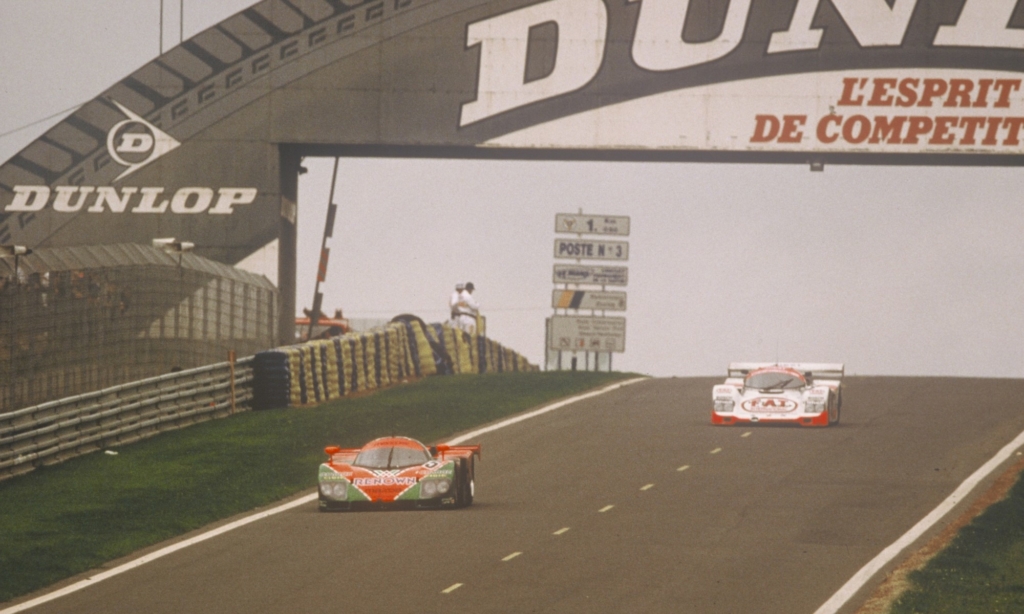 Japanese clothing sponsor Renown probably had no idea when it inked the deal, but its orange and green livery, as seen on the Le Mans winning No 55 Mazda 787B, has been immortalised on one of the most famous Le Mans winners. 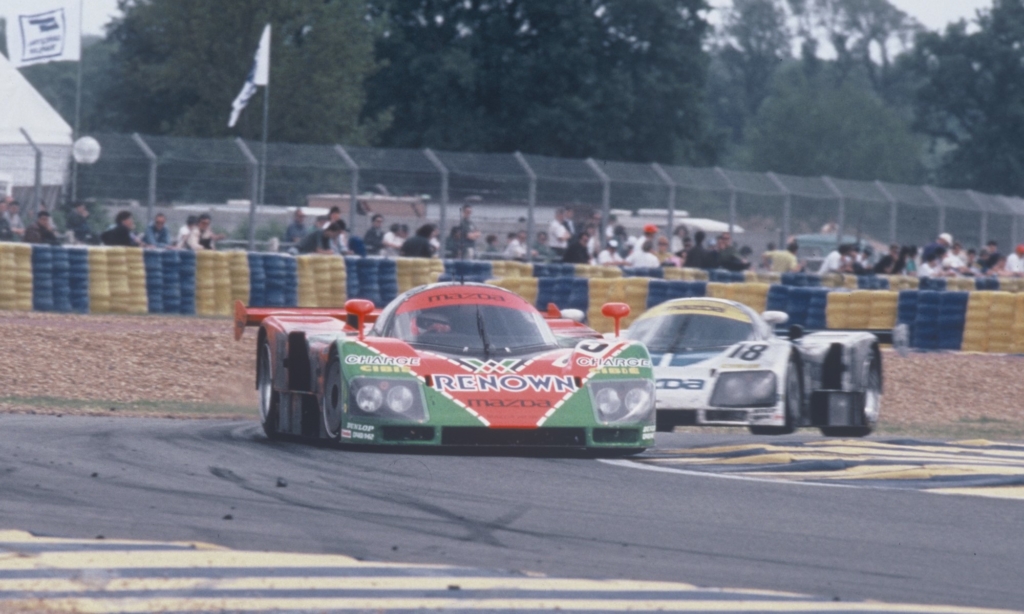 At 4pm on the 23rd June 1991 Johnny Herbert crossed the finish line at the 24 Hours of Le Mans 24 Hour race to mark a unique achievement. Mazda had become the first Japanese manufacturer to win the world’s most famous endurance race. The sister, number 18 Mazda 787B finished sixth. Sharing the winning car with Herbert were fellow Formula One drivers Volker Weidler and Bertrand Gachot (yes, the same Gachot who was responsible for giving Michael Schumacher his F1 break). The car was immediately retired from competition after the race. Mazda 787B (chassis 002) now resides at Mazda’s HQ in Hiroshima. It is maintained in full working order and is demonstrated in action whenever required (see below).

A demo run was held at the Le Mans Sarthe Circuit in 2011 to celebrate the 20th anniversary of Mazda’s victory. Johnny Herbert, who was dehydrated and therefore unable to take the podium in 1991, did one final lap of La Sarthe in the 787B. Herbert then took the podium that he missed 20 years earlier.