Drag racing is one of the simplest forms of motorsport and, in all likelihood, one of the oldest as well. Two vehicles line up side-by-side and race from standstill to the finish line one quarter of a mile (402 metres) away. It is so simple that a large number of competitors around the world compete with their road cars. But as you will learn from these Top Fuel drag racing facts, there is some truly mind-blowing stuff taking place at the very pinnacle of the sport.

Order from our online store and take advantage of free delivery on all orders over R349. 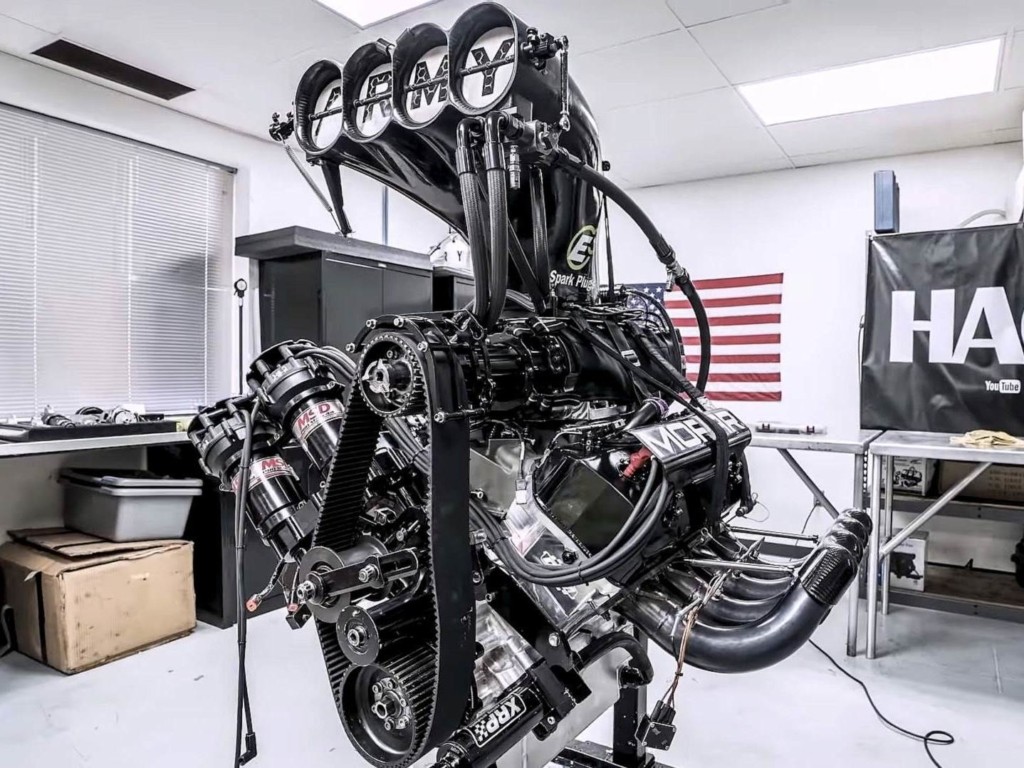 In this video, Driver61 breaks down some Top Fuel drag racing facts. We’ll go into some of the more notable numbers here. With the single minded purpose of covering the drag strip as quickly as possible, power is key. Each 8,2-litre supercharged V8 engine produces over 8 200 kW. That means two Top Fuel dragsters make more power than the entire Formula One grid combined. Including the burnout, the engine must only survive 900 revolutions under full load. Each engine is completely rebuilt after every pass. The cars produce an immense level of power but weigh a fraction over one ton, roughly 500 kg less than you average family car.

Click to learn why riding a MotoGP bike is infinitely more difficult than driving an F1 One car.

Top Fuel machines no longer run the full quarter mile as the cars were starting to achieve extremely high speeds over this distance. Dom Lagana holds the world record for the fastest quarter-mile pass when he achieved 544,50 km/h stopping the clock in 4,485 seconds in 2017.

Since 2012 the governing body of Top Fuel racing, the NHRA, set the new track length as 1 000 feet, or 305 metres. Brittany Force currently holds the record for the new distance with a pass of 3,659 seconds at 544,21 km/h almost matching the speed set by Lagana in nearly 100 metres less. You can watch her record-setting run in this video.

Watch and listen to the Top Fuel drag racing facts in the video below, we promise, you will be blown away; we certainly were.