Double Apex founder, Sudhir Matai, has been a keen supporter, mentor, coach, and sponsor of a young South African racer who is starting his third year of circuit motorcycle racing; introducing Lee Singh.

Click here to read about our other racing activities.

Lee Singh, now 11 years old, started his love affair with two-wheeled things in pre-primary school when he chanced upon an inspirational riding coach named Ian Wilson. Wilson ran a mountain bike (MTB) development program called Single Track Minded. From scooting around with his fellow four-year-olds on balance bikes, Coach Wilson soon had Lee on a mountain bike, doing stunts, learning skills and entering fun races. He started racing in the inter-school and provincial MTB series along with dabbling in BMX.

The young rider’s first racing success came in 2014, aged 7 when he won the KZN BMX Championship. Riding for the Giba Gorge BMX Club, run by head coach and world champion, Tyrone Johns, he finished second in the National BMX Series and took the bronze medal at the 2014 South African Championships. In 2015 he was a regular front runner in the MTB and BMX racing scene and achieved his “SA Number” at the 2015 South African BMX Championships.

In 2016, the motocross bug bit and in February that year he entered his first race on a KTM 50 at the famous Cato Ridge club. Assistance and encouragement came from none other than motorcycling legend Alfie Cox. To date, every Saturday not spent playing school sports is still spent churning berms with his mates…and grinning like a Cheshire’.

Lee was taught to ride a track-bike by motorcycling stalwart, Bob West at iDube Raceway late in 2016. Later that year he attended a riding camp, held at Redstar Raceway, run by The South African Motor Racing Academy (SAMRA). Here Lee was fortunate enough to get a ride on a SAMRA Honda NSF100 for 2017. He went on to win the KZNRRC NSF100 Championship in 2017. He was also awarded the Best Junior Rider trophy. 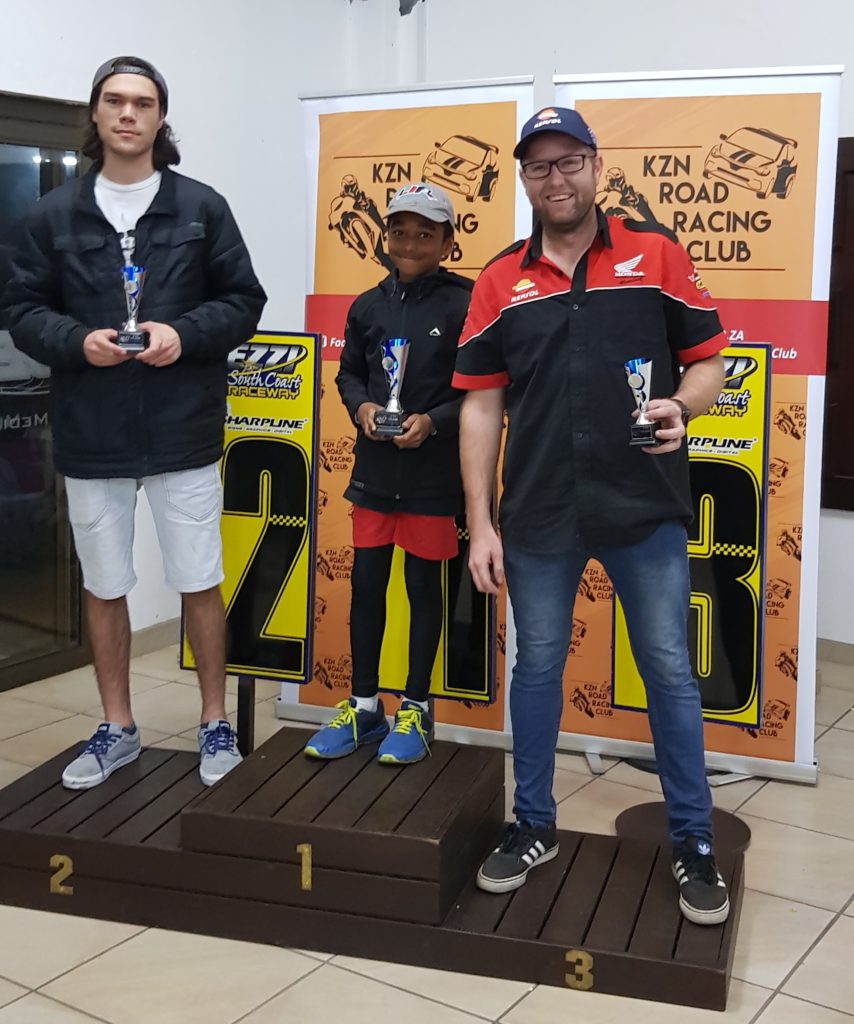 In 2018, sponsored by Double Apex and DesignIT, he moved up to the 150 senior class on a Honda CBR150R. He landed his first podium (2nd place) on his second outing in April and won his first race in August 2018 at 11 years and 2 months old, making him the youngest rider to win a senior race.

Through the 2018 season, Lee developed race-winning pace but several crashes saw many points disappearing into the sand traps. He finished 3rd in the 2018 KZNRRC 150 Championship. The highlight of 2018 was still to come for the young rider. At the December 2018 SAMRA camp, Lee got to meet and was coached by his hero Brad Binder.

With the backing of Double Apex, DesignIT and Spectrum Wheels, 2019 promises to be an interesting year. Lee will have the chance to race on three different motorcycles… keep reading Double Apex to follow this story.

About the Author: Bike Correspondent

Our Bike Correspondent has been riding two-wheel machines since he was 10 years old. He has competed at various levels of motorcycle racing in South African. And he's broken more bones than he cares to admit.