After a drawn-out teaser campaign that included a racecar debuting ahead of its road counterpart and images of camouflaged models undergoing final stages of testing, the BMW 8 Series has just broken cover.

The all-new model was unveiled a few days ago ahead of the 24 Hours of Le Mans. Incidentally, a BMW M8 GTE model competed in the race, which gives us a clear indication to expect a performance halo in the future.

As you can see from the images above the 8 Series is a striking proposition. It has the classic lines of a GT car with that long bonnet and slim glasshouse, and it features seating for four as a GT car should.

From a stylistic point of view, the new model is closely based on the 8 Series Concept that appeared around a year ago (see image above).

BMW SA has confirmed that the very first model to make its local debut will be the M850i xDrive. This model is powered by a 4,4-litre twin-turbocharged V8. Maximum power is rated as 390 kW along with a mammoth 750 N.m of torque. Power is fed to all wheels via an eight-speed transmission.

Performance claims for the M850i are quoted as 3,7 seconds for the benchmark 100 km/h sprint, in part thanks to a launch control programme, and a top speed that is limited to 250 km/h.

If you reading this in Europe and are keen to buy an 8 Series, then you may be interested to hear that there is also a turbodiesel option. Badged as an 840d, it features a 3,0-litre six-cylinder motor that develops 235 kW and 680 N.m.

As you may expect of a model that spearheads the BMW family, the new 8 Series is dripping with luxury and features just about every high-tech doodah the company produces.

From full electric adjustment for the Merino leather-covered seats to an electronic instrument cluster, satellite controlled gear shifts and the option of (fricken) laser beams for lights, the 8 Series lacks for nothing.

For more info, and to see the BMW 8 Series in action, check out the video and infographics below. 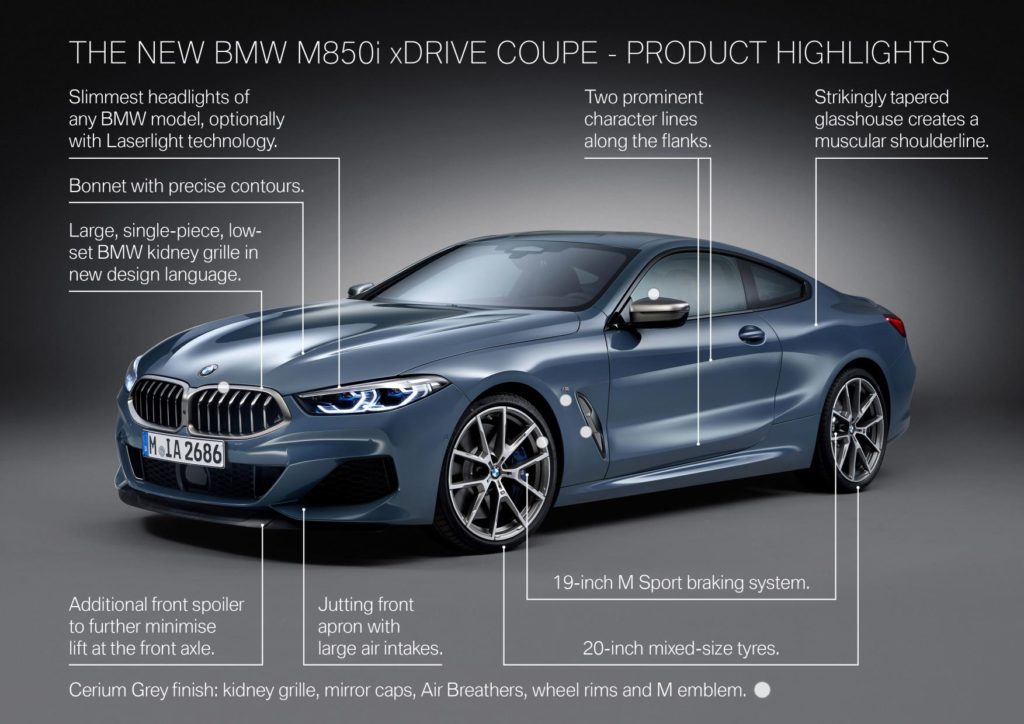 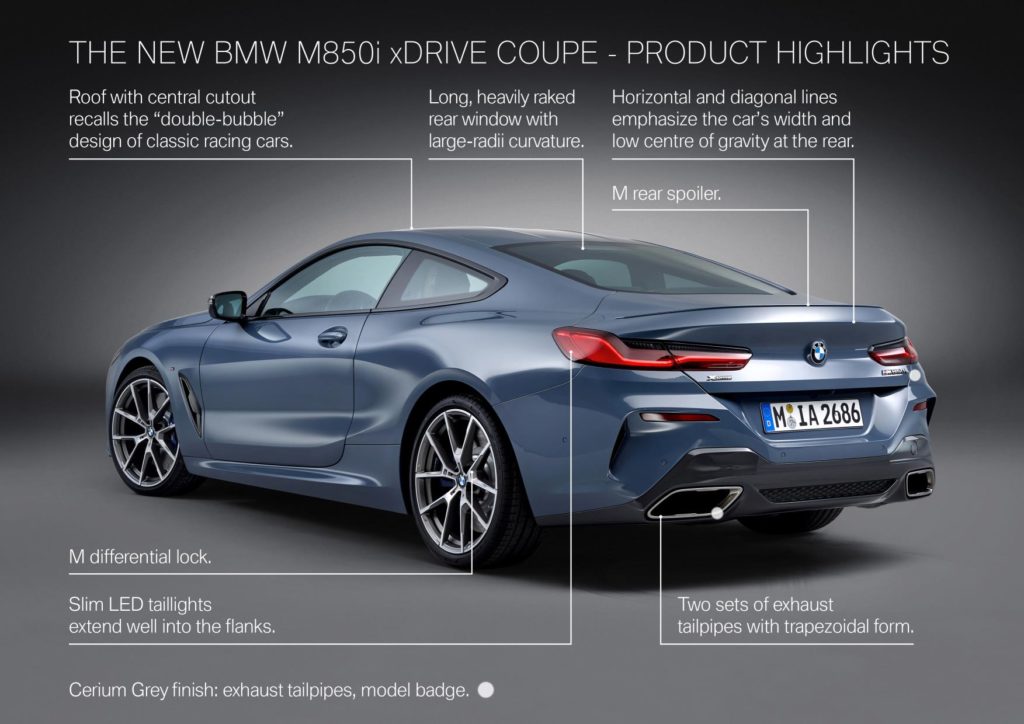