24 Hours of Lemons For Beginners [w/video]

Not too long ago we featured an unlikely racecar in the shape of a Chrysler PT Cruiser ‘Escudont’. The story attracted loads of attention locally and abroad. That car was built for a race series in the US called the 24 Hours of Lemons. It isn’t the first racer from that series we’ve featured either, this Mazda MX-5 is. Most of our SA readers may have wondered “what is the 24 Hours of Lemons?”. With the help of a Lemons fan, Jason Hopkins, who is also the face behind the Citrus Racer Lounge Facebook appreciation page we bring you 24 Hours of Lemons For Beginners.

Picture this: It’s a beautiful morning at the track; cars are being prepped to race, breakfast is cooking on the grill, there’s a team finishing up a late night engine swap, scrutineers are doing their best to make sure things are safe, and then a guy in leopard print speedo pushing a neon zebra stripe 1985 Chevy Camaro walks by followed by a VW Bug with a giant supercharger hanging off the engine. This is not your run-of-the-mill race meeting. This is the 24 Hours of Lemons, and it’s like nothing else.

You probably have a few questions about the cars, people, and the racing itself and we’ll get to that, but first it’s time for a bit of history. The 24 Hours of Lemons was started by reformed auto journalist Jay Lamm in 2007 out of an evolution of earlier automotive ideas.

The name is a nod to the more famous 24 Hours of Le Mans in France. The very first race took place on an improvised road course in Altamont Speedway in California. After that first event, Lamm knew he had something special on his hands. Since then, it has become the largest amateur racing series in the USA with events taking place across the country. It even includes racing on world famous tracks such as Sebring and Road Atlanta.

Let’s get into the cars themselves. They start out as standard but well worn production street cars that you can pick up for U$500 (about R7 500 at current exchange rates). You can sell off parts, such as the interior, to get below the limit. The only restrictions being that the factory mass can’t be more than 1 900 kg and they must have a minimum wheelbase of 82 inches (2 100 mm). Good examples are the venerable BMW E30/E36, Mazda MX-5, Toyota Corolla and Honda Civic. Less conventional choices such as the Cadillac Sedan DeVille, Chrysler PT Cruiser, and small pickups like the Ford Ranger have also been used.

Each car must have mandated safety equipment that includes a roll cage, five point harness, and fire suppression system installed. Most teams leave the engine standard and choose to upgrade the brakes and tyres. Safety equipment is exempt from the $500 budget cap, as is the stuff used to “theme” each car.

As for the themes, those are an interesting aspect in themselves. Many teams will take inspiration from classic racing liveries or pop culture. Others will start with an inside team joke and run with it. Many teams will go over the top, decorating their cars, going through scrutineering in costume, and even basing their bribes to judges (more on that later) using that same theme.

Now that you know about the cars, let’s talk about the racing and inspection process. Lemons is endurance racing, so the events are usually 14-hours long with the occasional true 24-hour race over a three day weekend.

Friday starts with a tech inspection where cars are checked for safety. Despite the nickname “crap cans,” the cages and safety gear must be built to a high standard. The series is probably one of the safest in the world. After that, the cars roll into BS inspection where experienced judges determine which of three classes you’ll race in.

Class A is for fast, well sorted cars whereas C is for more questionable vehicles that will likely be lapped multiple times during a race. A tongue-in-cheek tradition involves bringing thoughtful gifts ie ‘bribes’ – to show appreciation for the hardworking staff and, conceivably, earning the good graces of those officials when things inevitably go sideways. When the judges have been ‘looked after’, they spray paint a logo on the car. Teams treasure these BS logos as a record of the events they have raced at as each event each year is totally unique.

The actual racing, which is usually two 7-8 hour sessions, takes place on Saturday and Sunday. There is no qualifying and the race starts when the green flag is flown in front of a random car. Typically, there’s between 60-100 cars per event.

Racing can be surprisingly close. There have been class and overall winners determined by mere seconds after 14 hours of hard racing. Overall and class winners are determined by the total number of laps completed.

Special thanks to Ben Booy for the images. 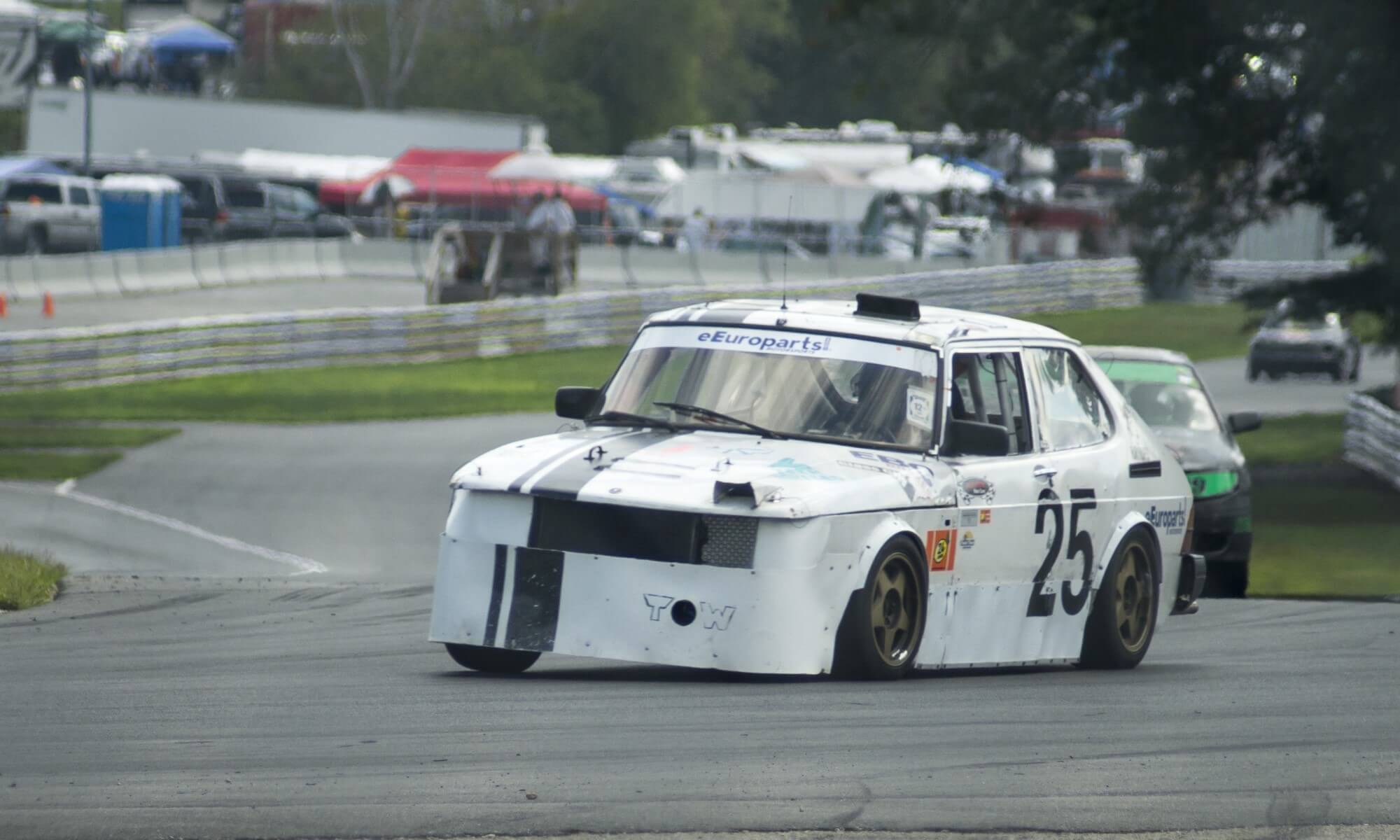 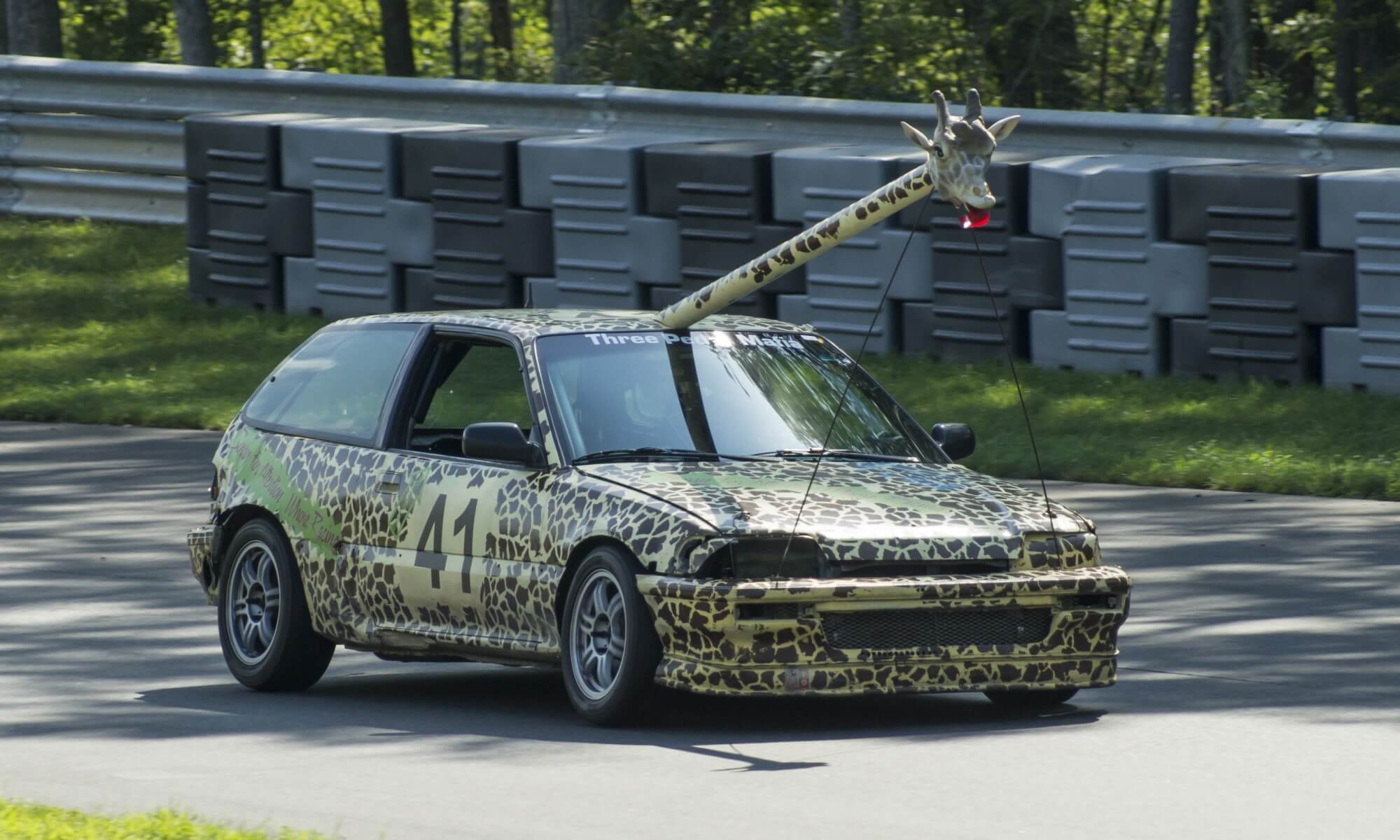 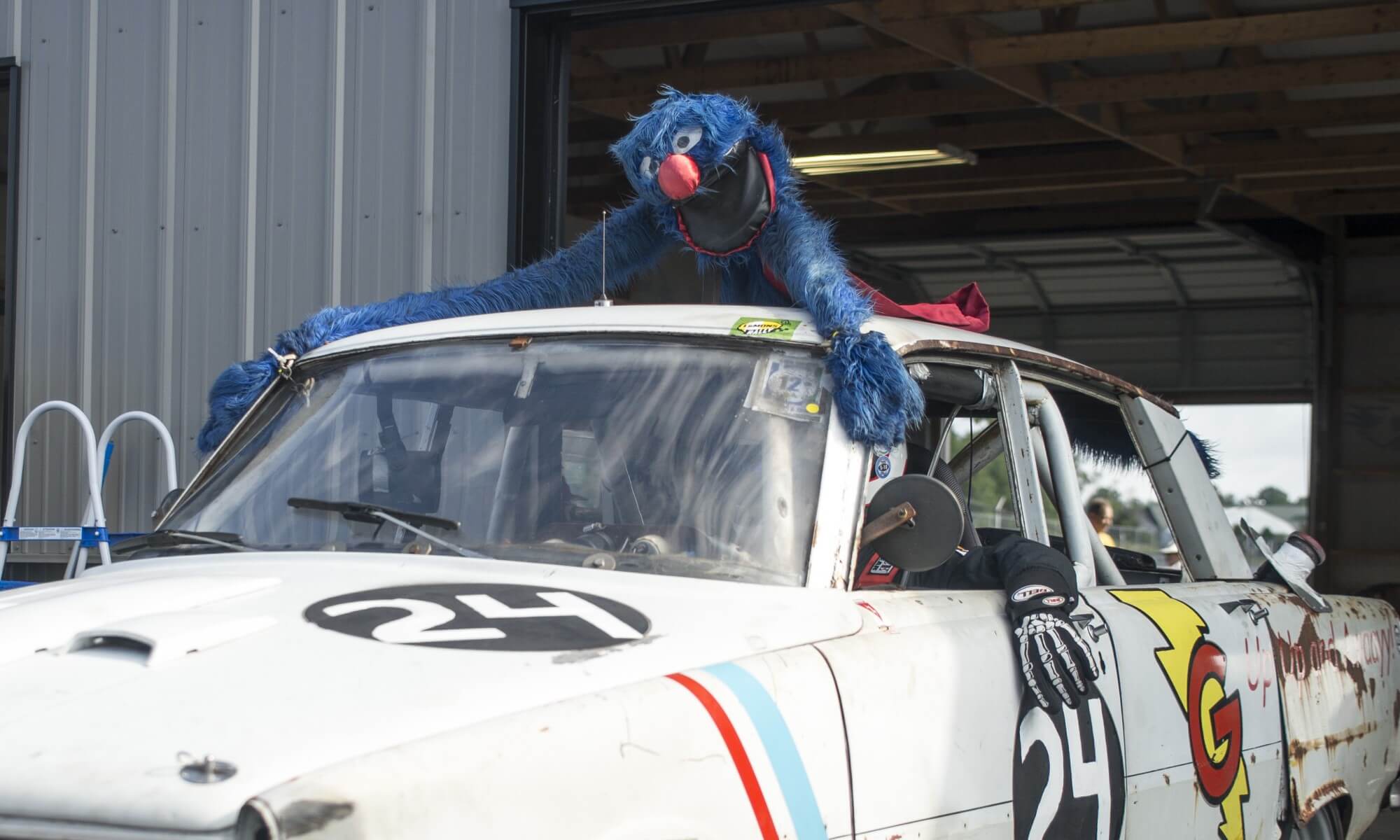 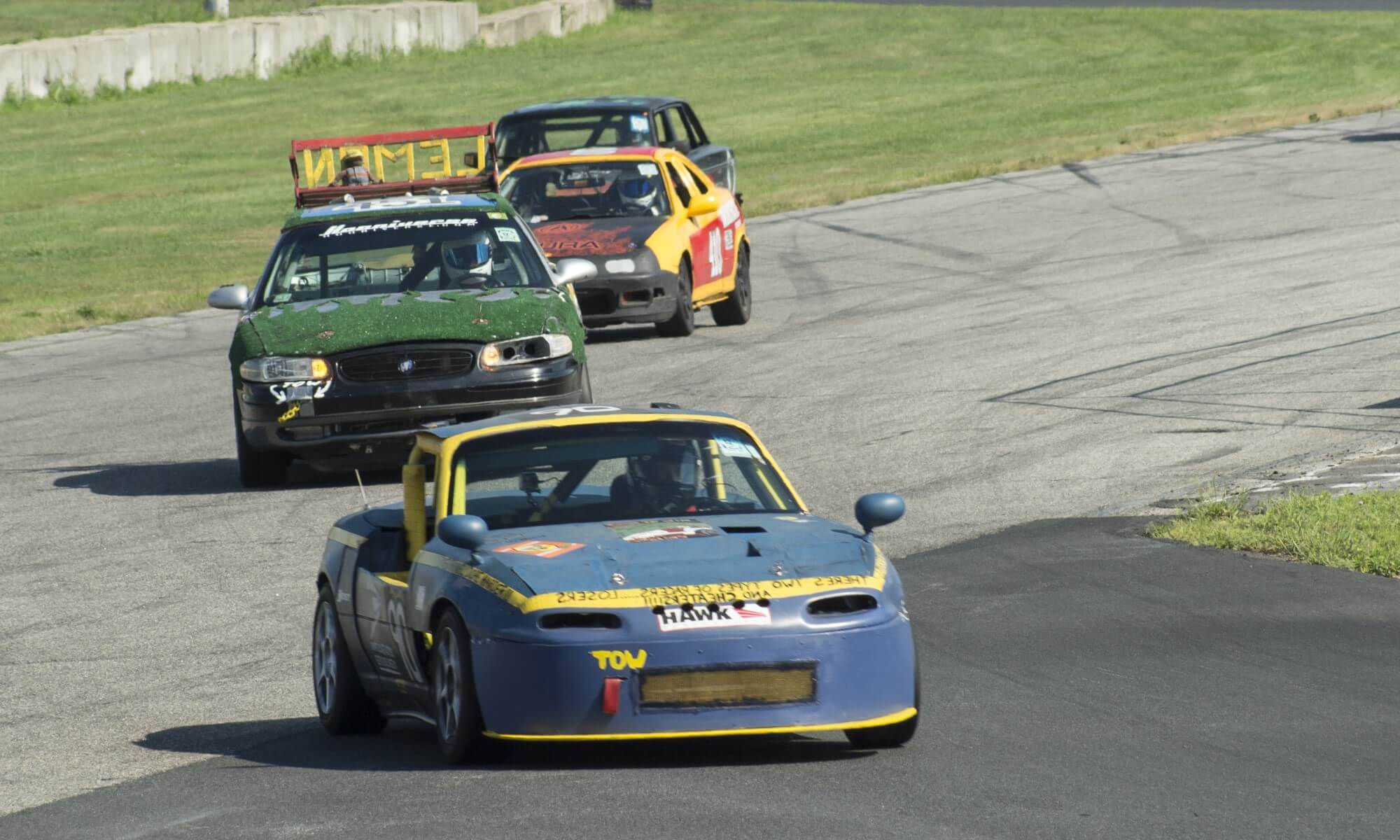 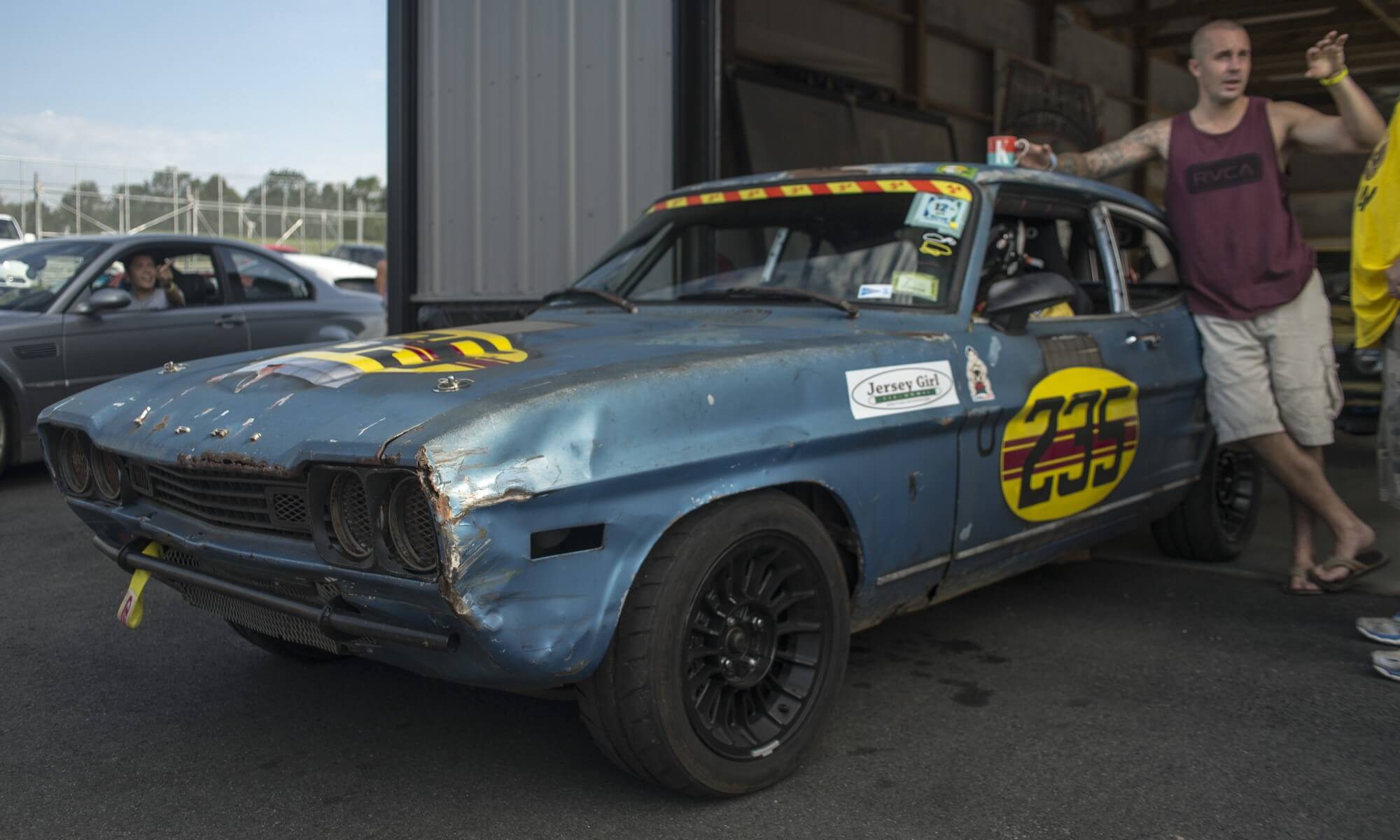 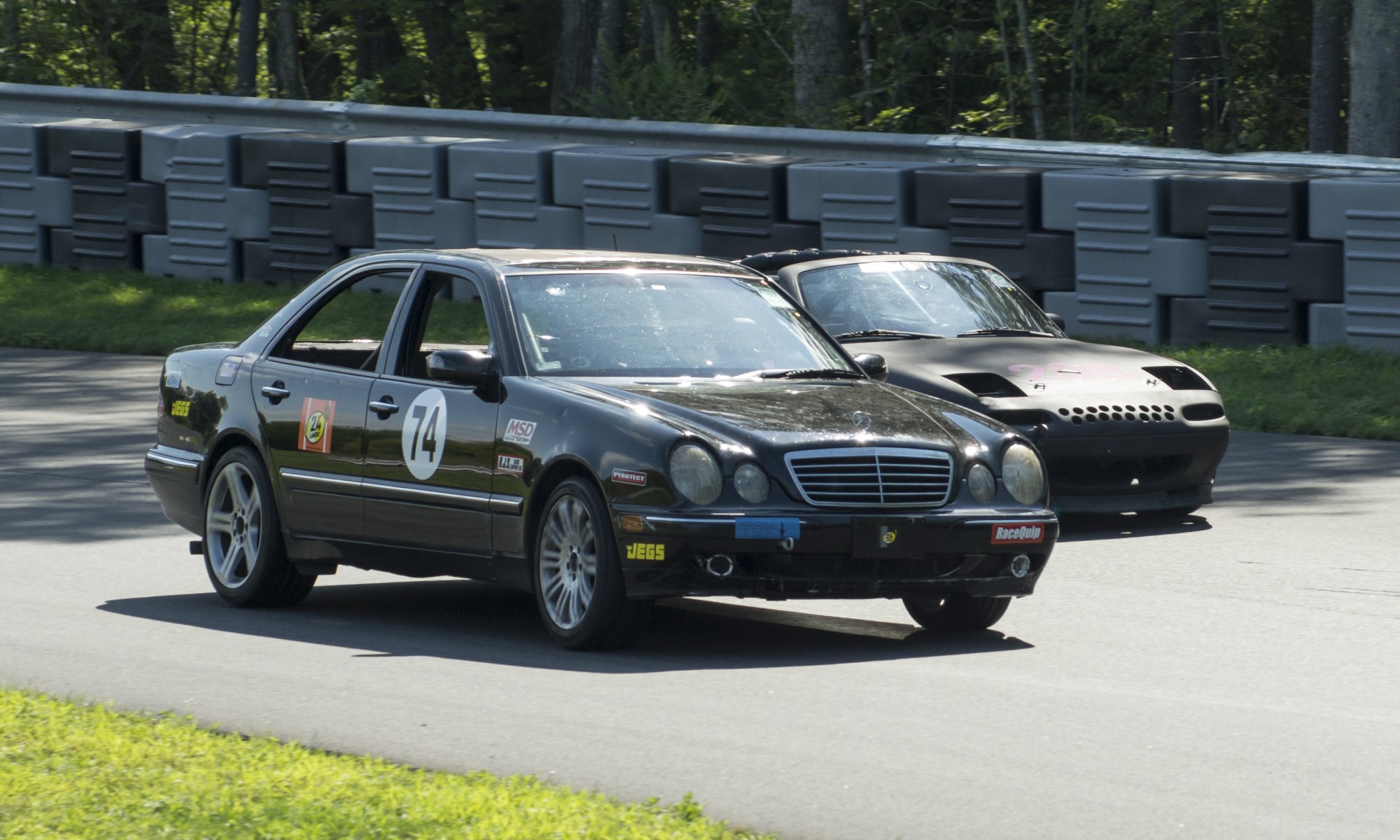 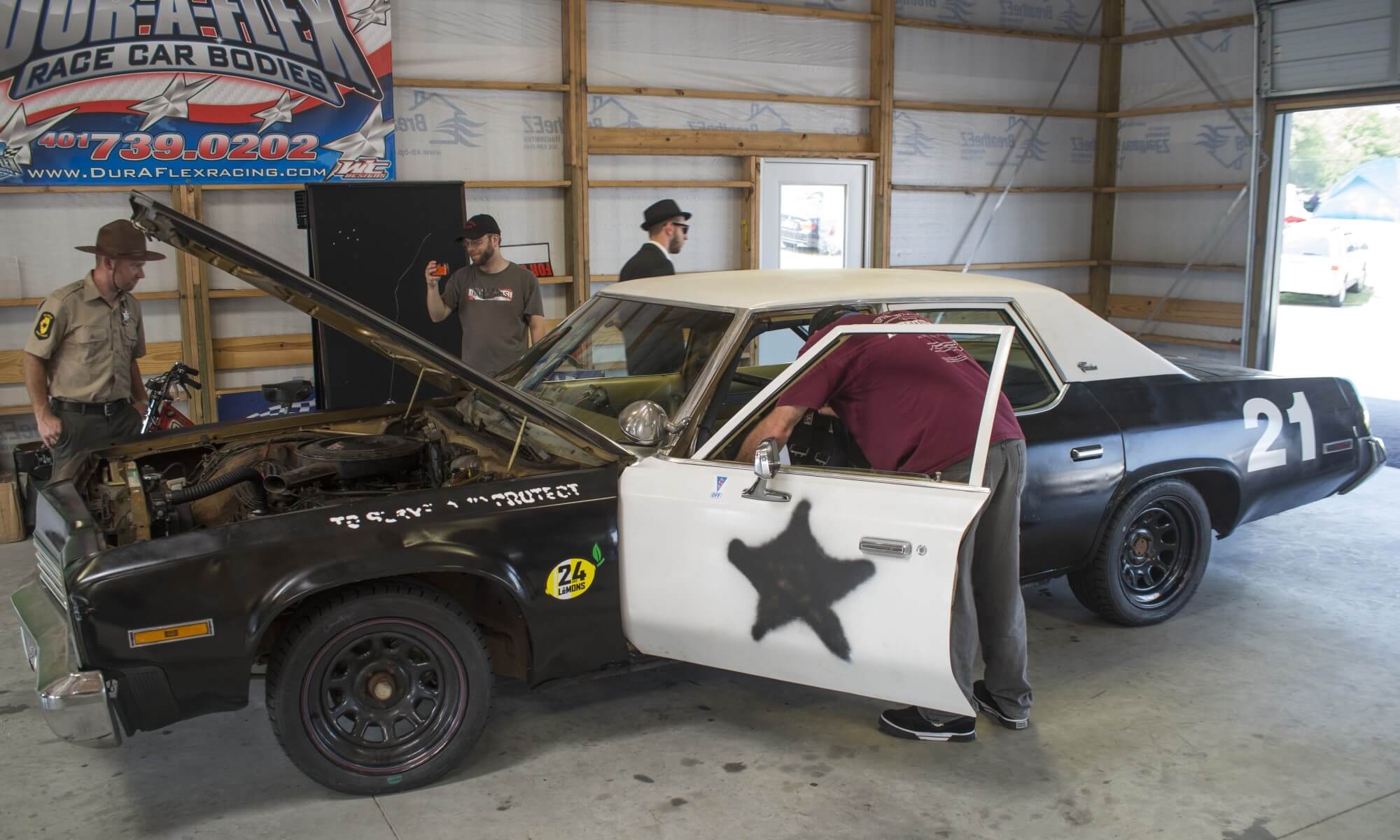 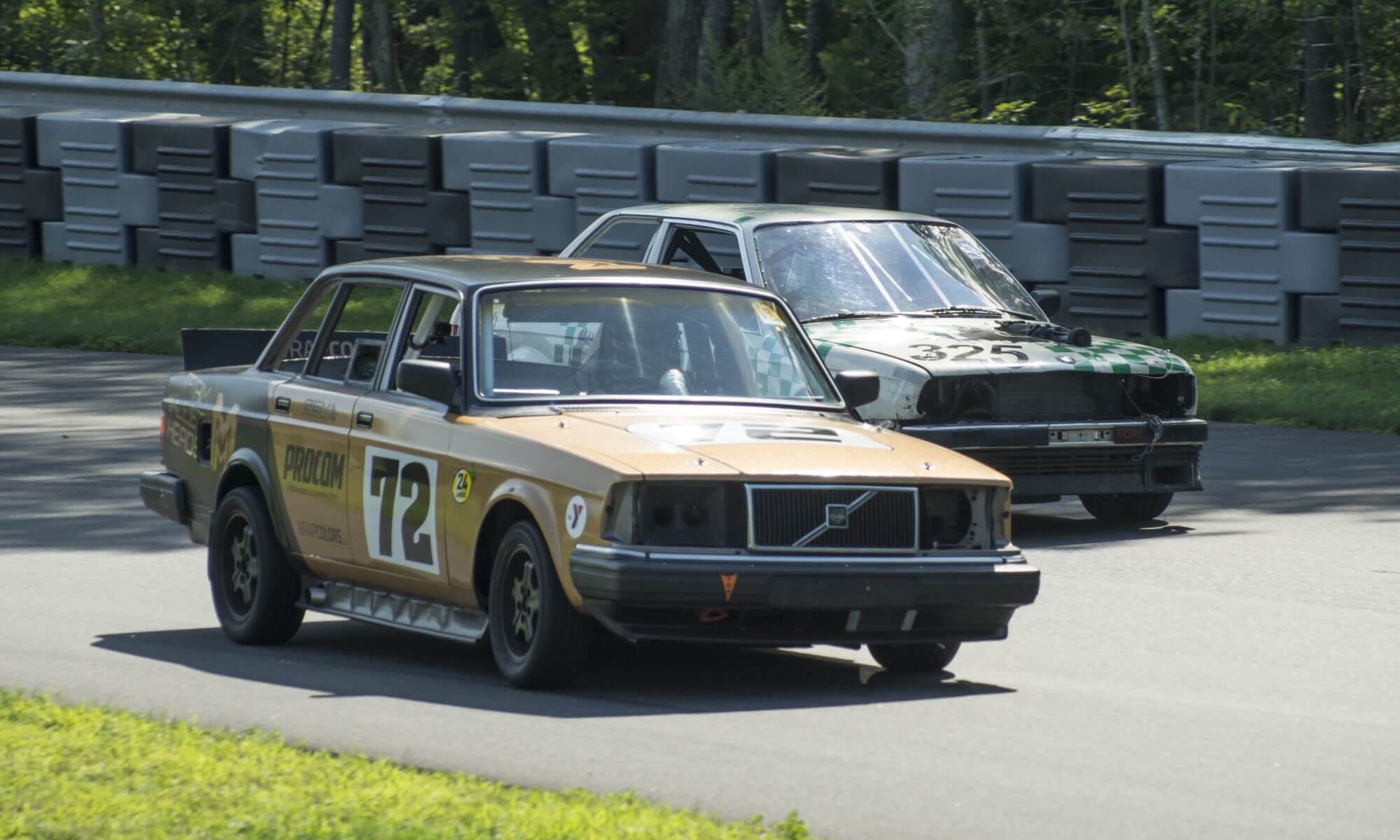 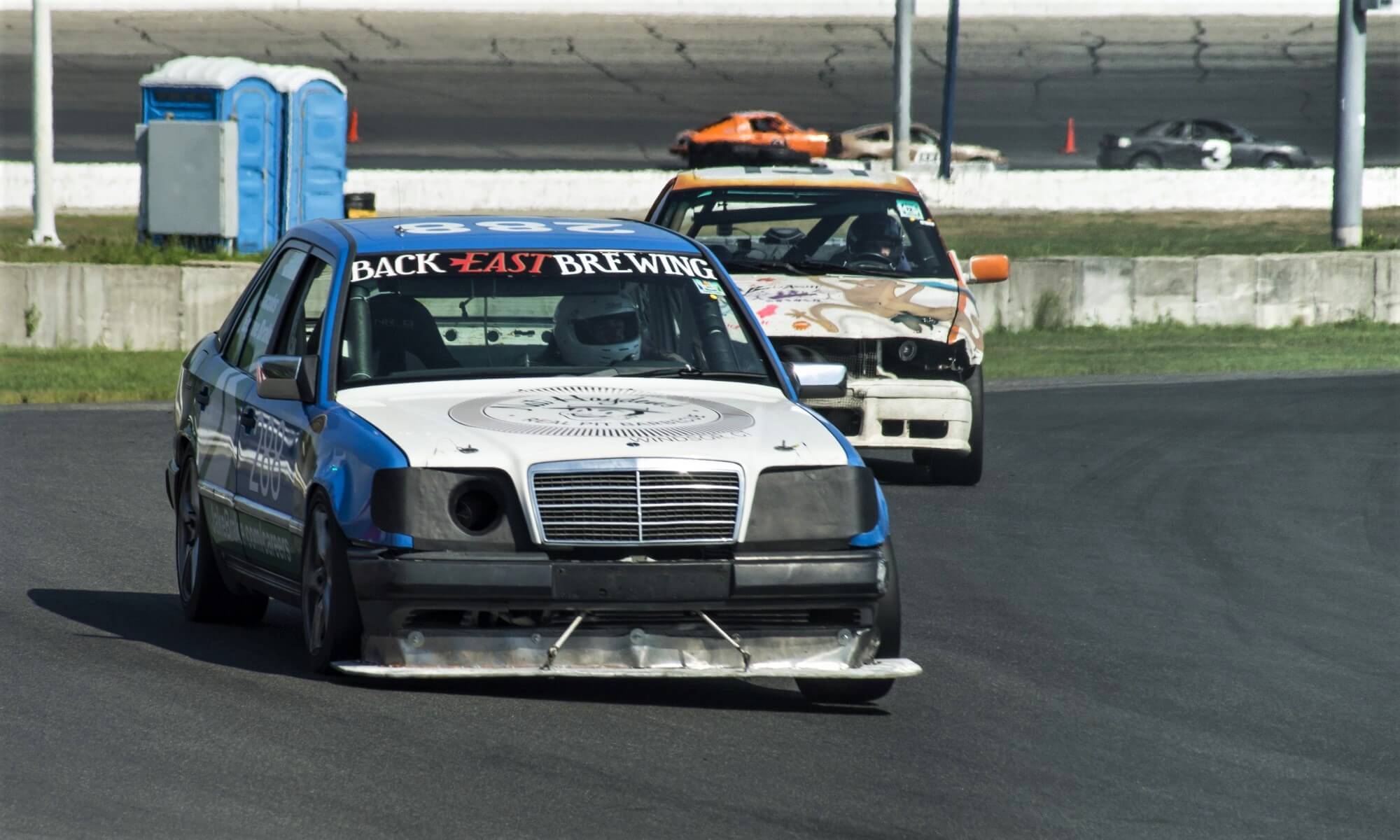 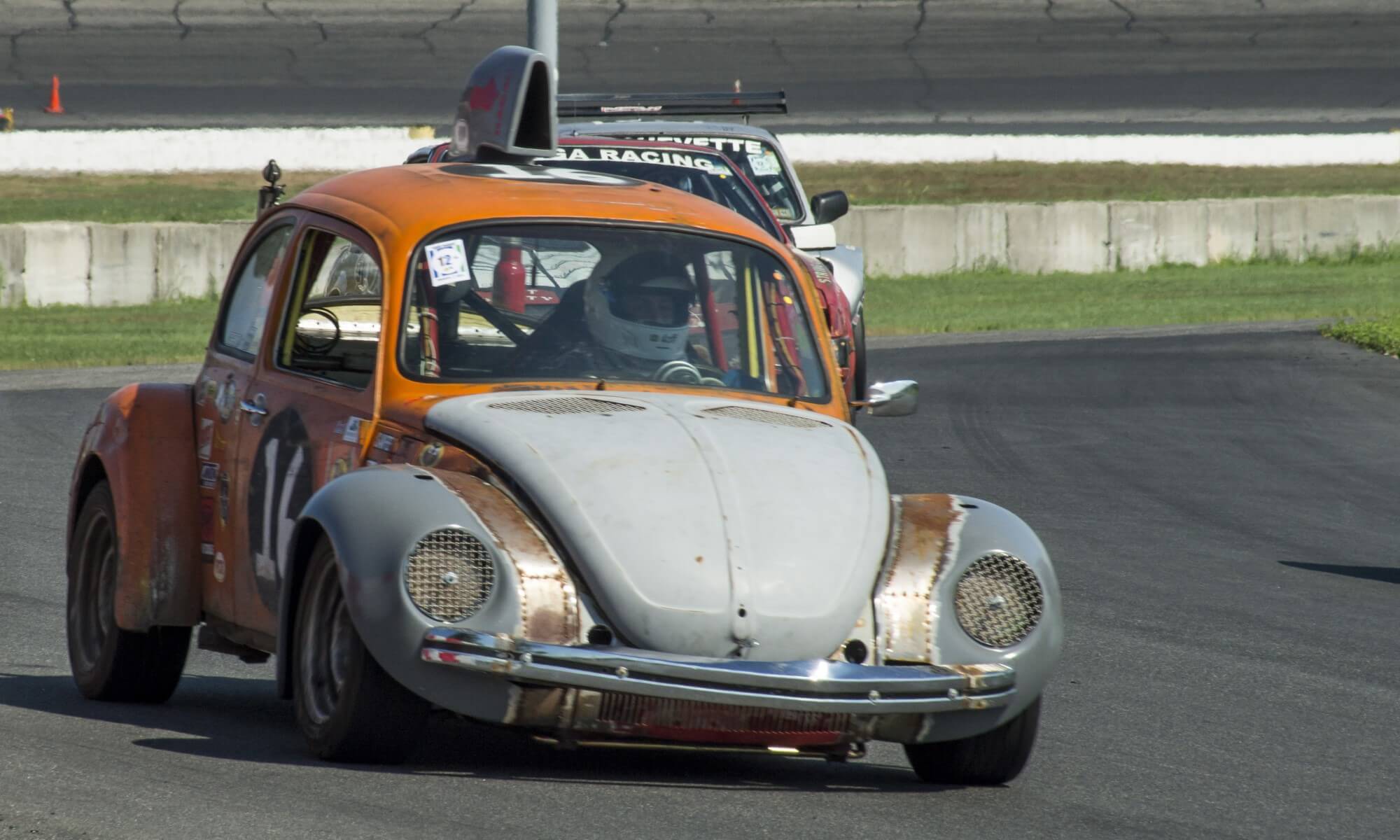 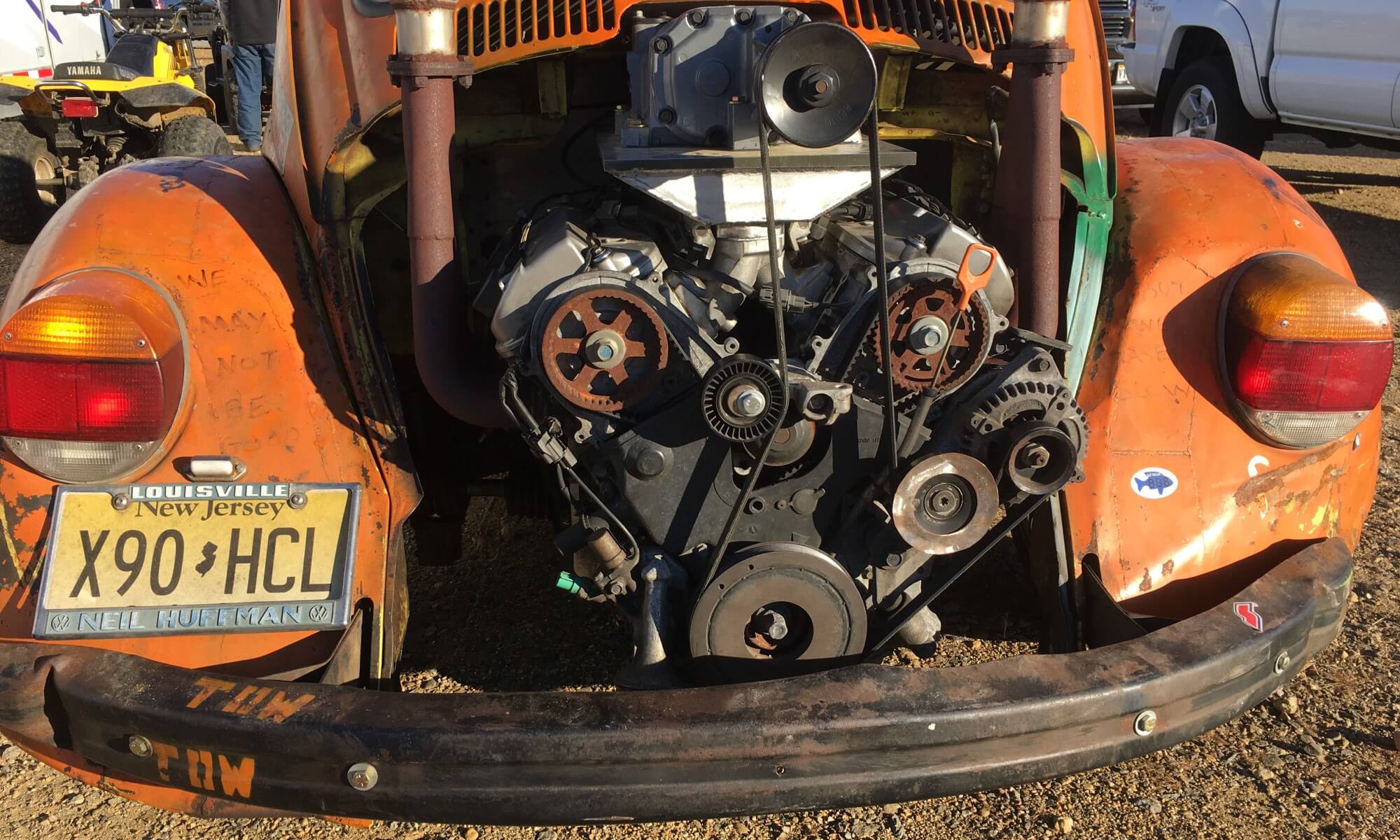 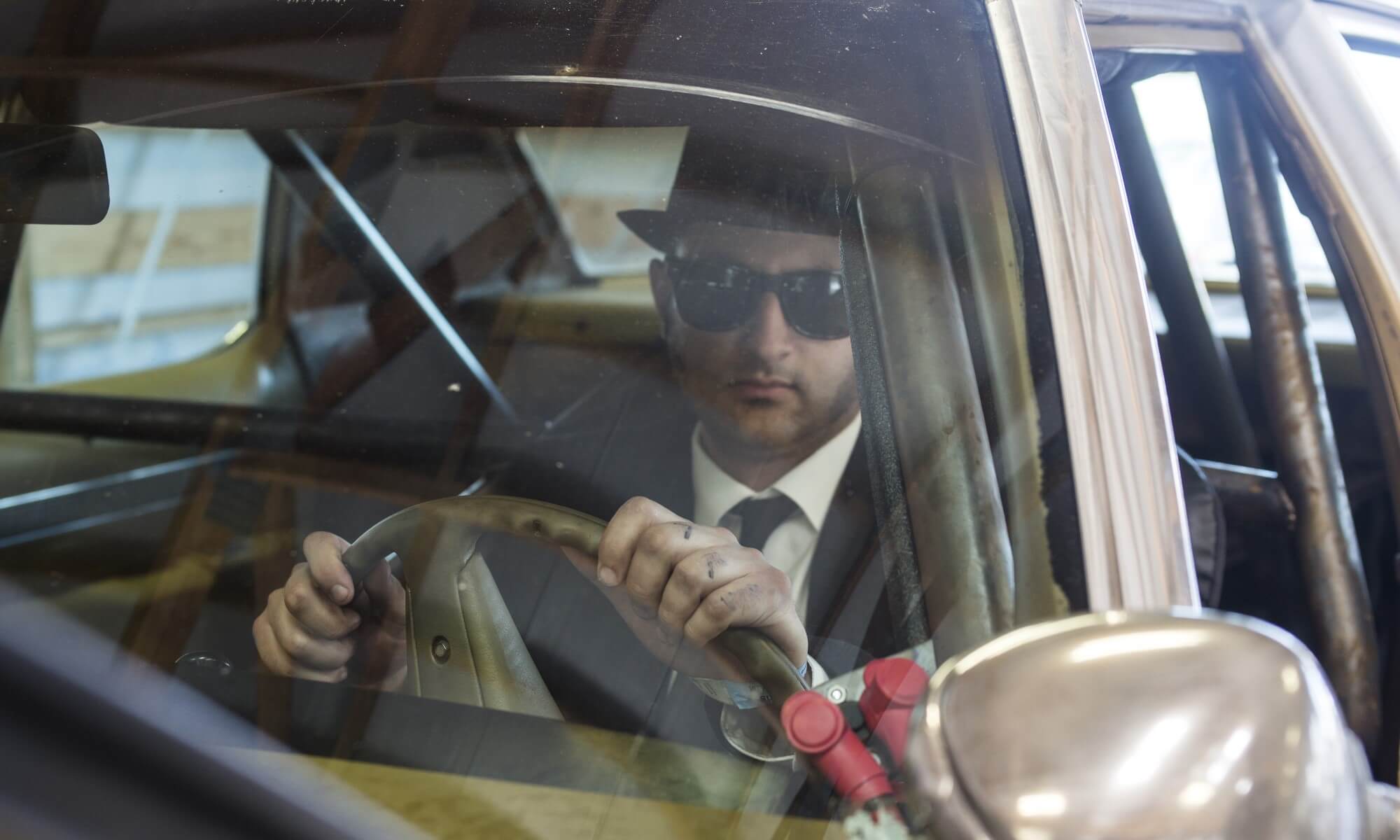 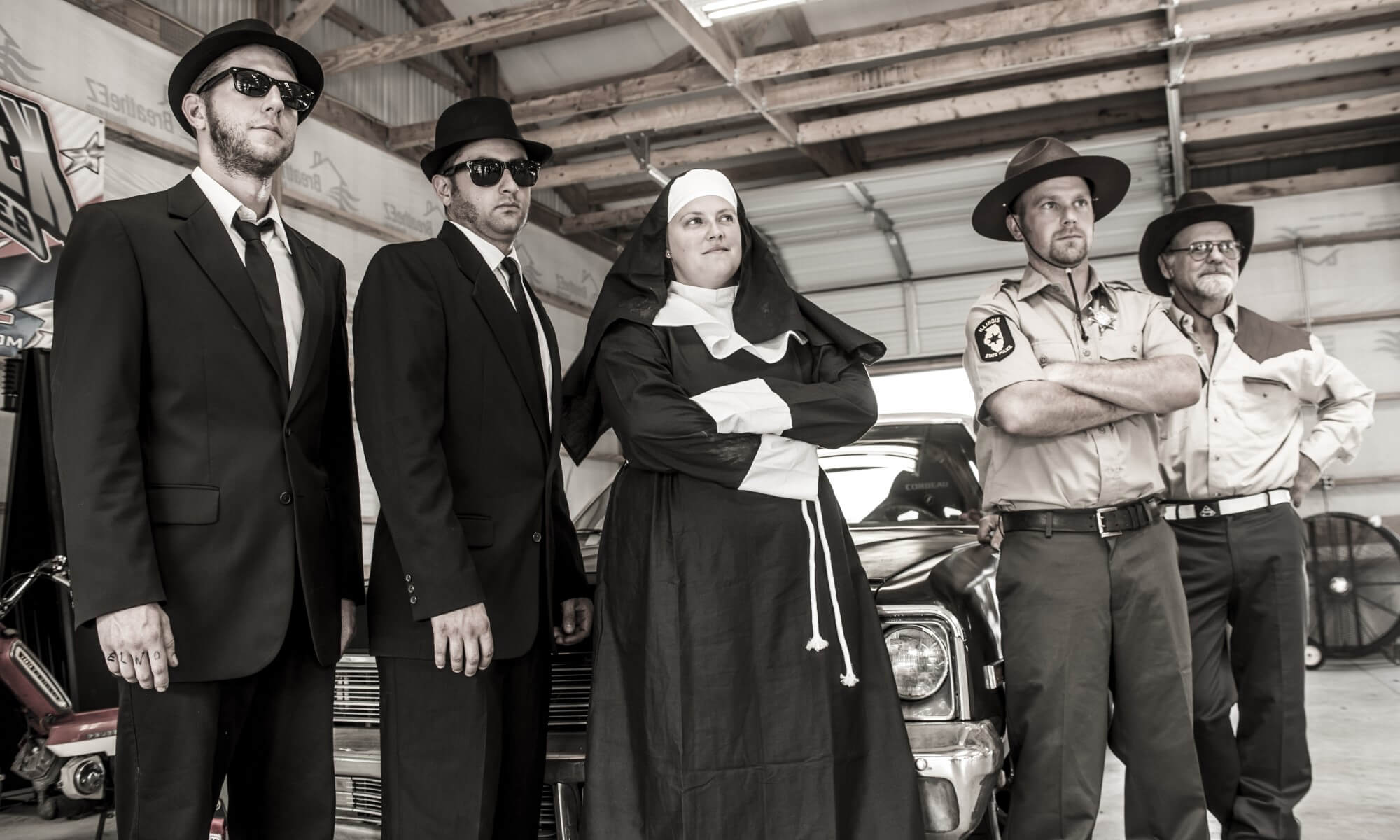 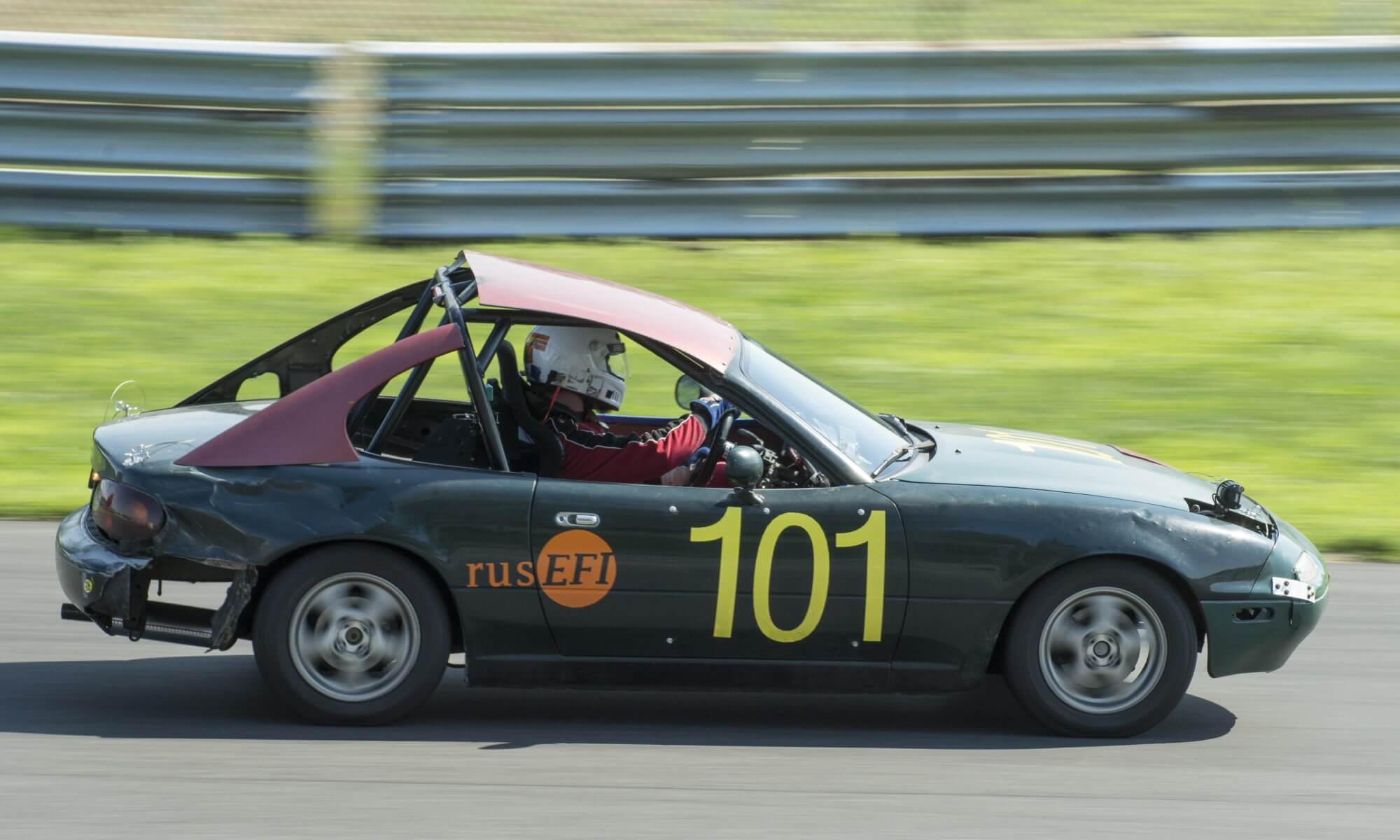 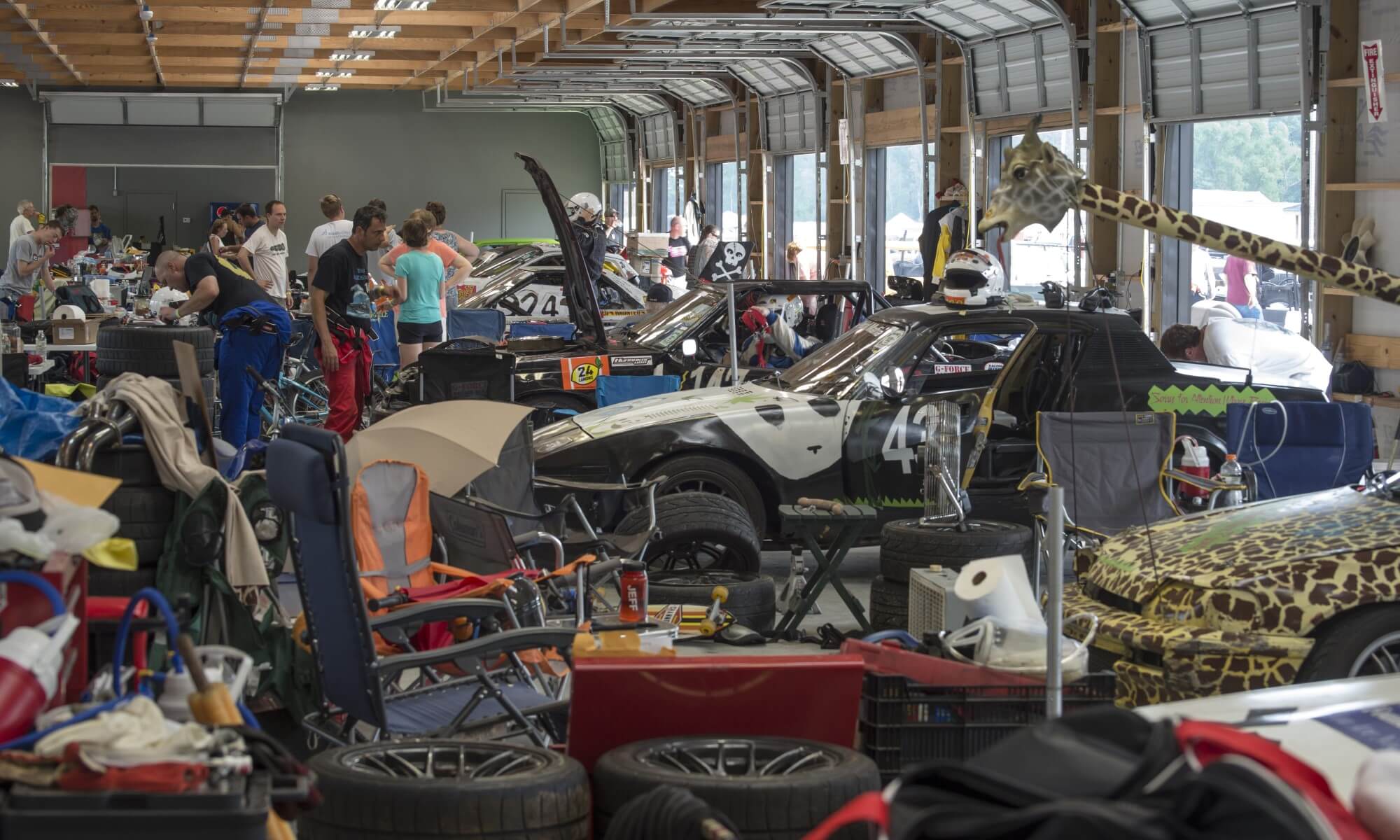 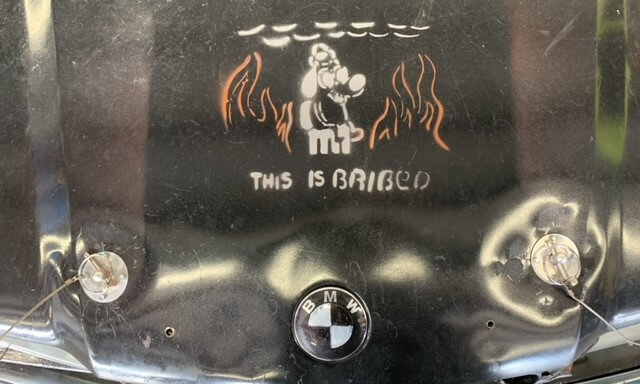 There are trophies for class winners with cash prizes of $400, $500, and $600 for A, B, and C, respectively. There are also special awards for things like Heroic Fix which is exactly what it sounds like. The ‘I Got Screwed’ award will be for a team that just had one bad turn of luck that took them out of the running. Judge’s Choice and Organiser’s Choice are usually for exceptional themes or for off-the-wall but well executed engineering.

The most prestigious trophy awarded at every race is the ‘Index of Effluency’. It is designed as a way to get people to bring unique cars. The I.O.E. also comes with a free entry to the team’s next race and the largest cash prize at the event, $601 usually paid in nickels (5c coins). Previous winners have included a Renault Feugo Turbo, a 1976 AMC Gremlin, and a 1975 Opel Kadett amongst other automotive gems.

The cars may have caught your attention, but what really sets Lemons apart is the people involved. They are as diverse and interesting as the machines on track. They come from all backgrounds and walks of life. Racing tips, technical advice, tools and food are shared with equal passion. Many times, pre-Covid, a paddock potluck or party would be scheduled for Saturday night as a chance for everyone to catch up with old friends and new teams alike. In many cases, people find a new family in the Lemons community.

So what makes the 24 Hours of Lemons so special? In short it is a unique combination of cars that don’t quite fit anywhere else, a sanctioning body that keeps the rules open enough for a lot of creativity but still safe, and people who don’t quite fit the definition of “real racers.” It is this recipe that has combined to build such a strong and unique community.

About the writer: By day Jason is a truck driver for a sheet metal company, but at heart he is a true automotive enthusiast. He loves all things motoring from the latest supercars to the humble delivery truck. He believes that all vehicles tell a story and that story should be explored.