The 44th edition of the Dakar Rally has been in full swing this last week in Saudi Arabia. Competitors take a much-needed break from racing action today. The previous six stages leading up to the rest day were covered in our daily race reports. In this post we bring you 2022 Dakar Highlights Part 1.

This is a round-up of some of the most interesting and beautiful images that, we think, were captured in the first week’s race action. If you enjoy 2022 Dakar Highlights Part 1 please feel free to share the link using the social media buttons at the bottom of the page. 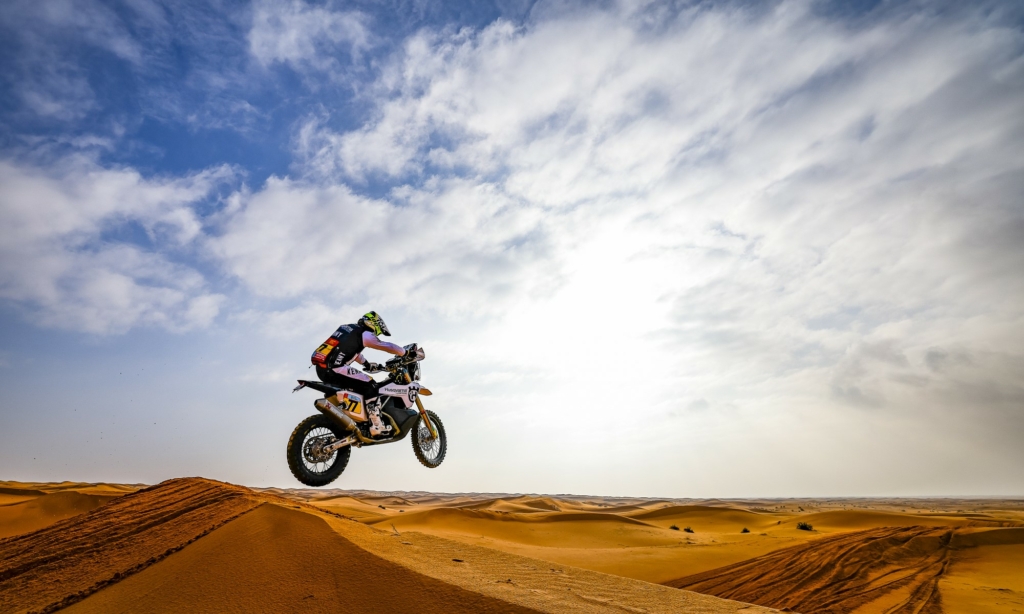 Luciano Benavides launches his Husqvarna 450 Rally off the top of a dune during Stage 2 (F.Gooden – DPPI/ASO). 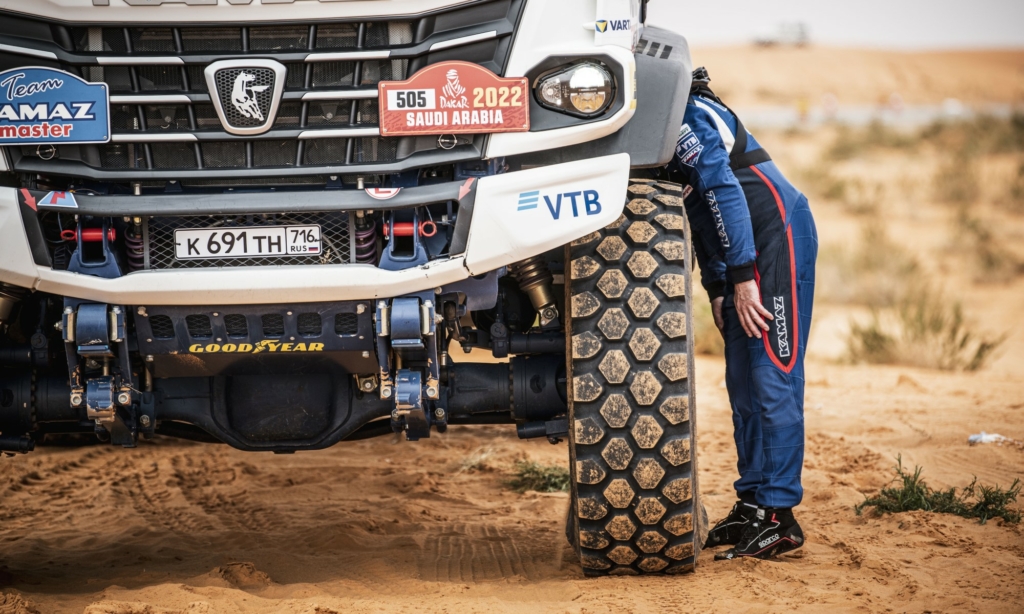 One of the crew members of the Kamaz-Master No505 does a quick suspension check, or is hiding from the sun, before setting off on a stage (C.Lopez – ASO). 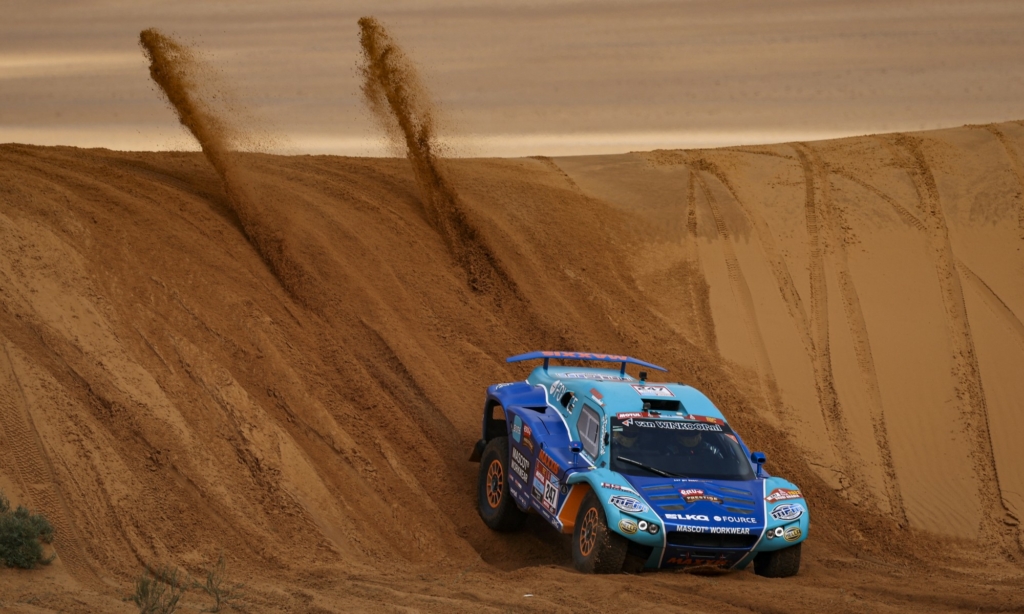 Dutch twins, Tom and Tim Coronel show the traction capability and suspension travel of their South African built CR6 buggy. The pair are worth following on social media as they are quite entertaining (DPPI). 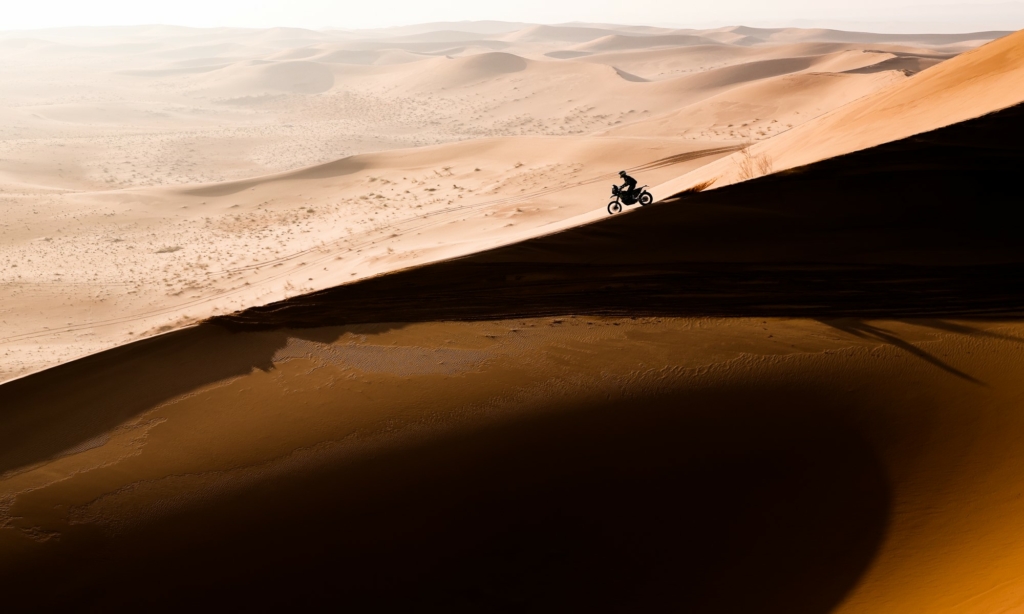 Stefan Svitko of the Slovnaft Rally Team, is caught against the morning sun as he rides along the ridge of a dune on his KTM 450 Rally during Stage 3 (F.Gooden – DPPI/ASO). 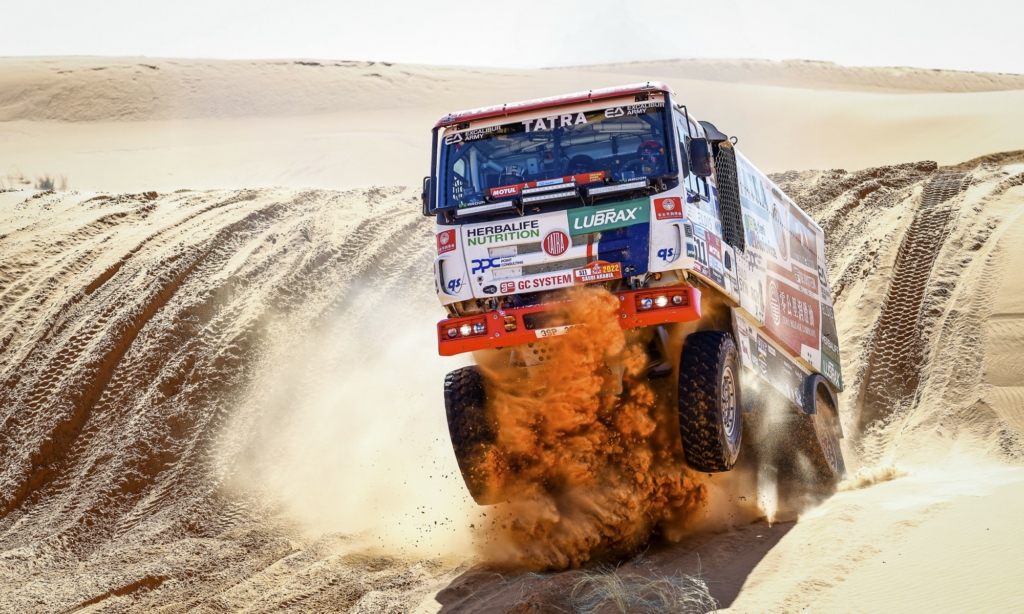 The No 511 Tatra of Ignacio Casale, Alvaro Leon and Tomas Sikola let’s nothing get in its way not even massive sand dunes (F.Le Floch – DPPI ASO). 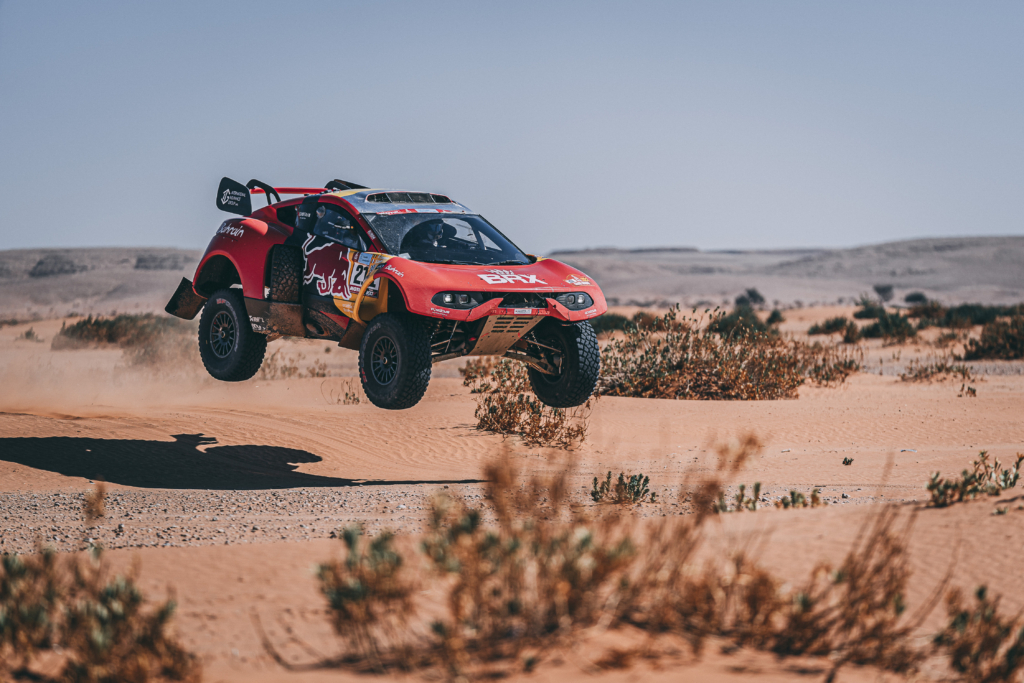 Loeb Sébastien and Lurquin Fabian have a novel way of preserving their tyres on their BRX Hunter T1+ race machine during a stage, they try to spend as little time as possible on the ground (Horacio Cabilla). 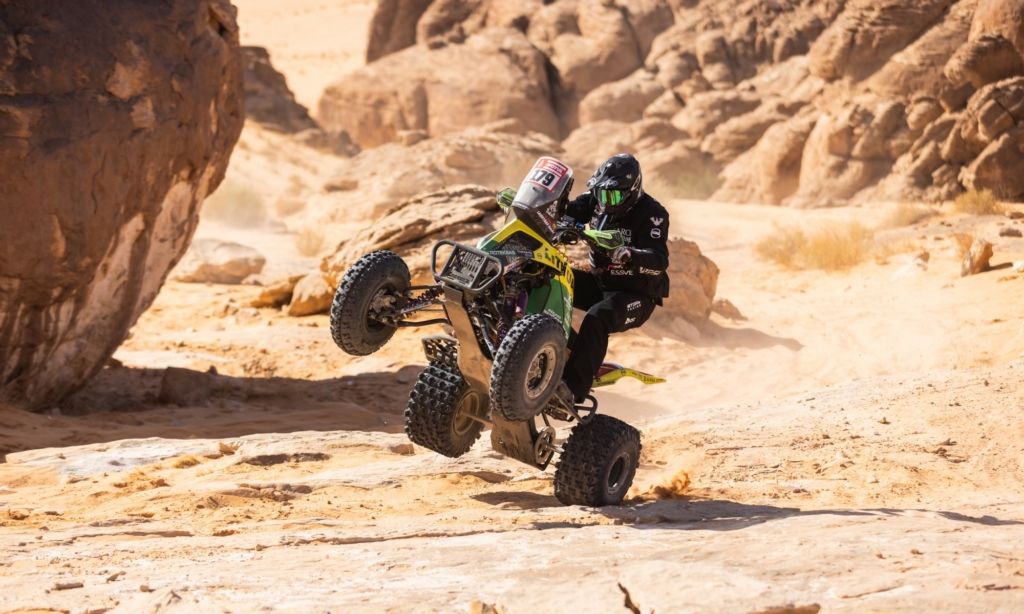 Laisvydas Kancius on a Yamaha YFM700 quad figures that he can also do a one-wheel wheelie that is just as good as any two-wheeler. The Lithuanian was the first from his country to finish the tough race on a quad when he entered his first Dakar Rally in 2021 (Marcelo Machado de Melo – FotoP). 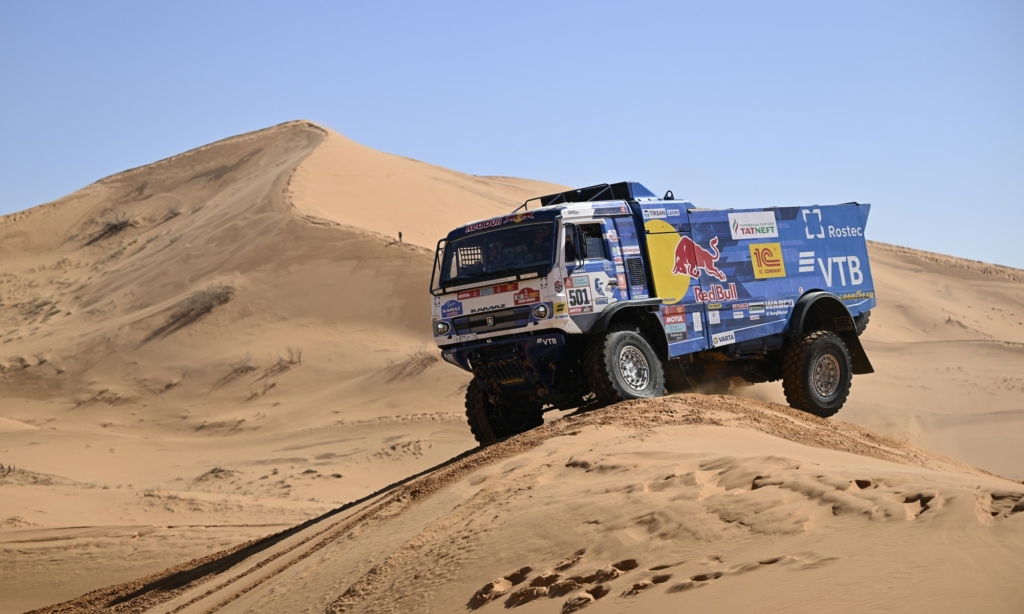 The No 501 Kamaz-Master of Anton Shibalov, Dmitrii Nikitin and Ivan Tatarinov, displays its axle articulation during the Stage 5 of the Dakar (G.Soldano – DPPI/ASO). 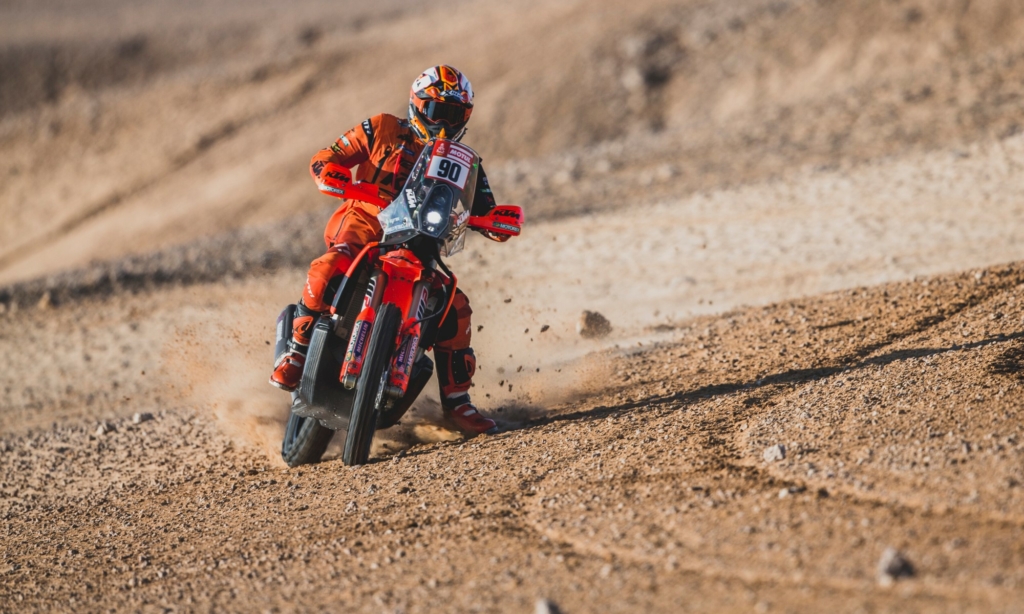 Former MotoGP star Danilo Petrucci brings some of his circuit racing style to the Dakar. The former MotoGP winner also claimed a stage win at the Dakar, making him the first rider to ever do so. 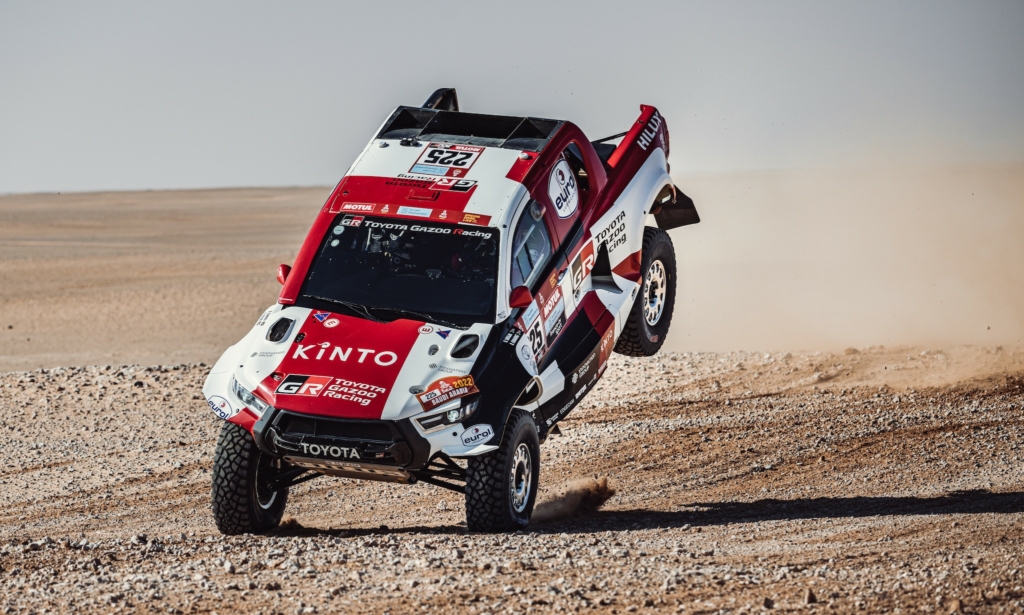 Team boss: “Henk, we need to examine the underside of your car during the stage.”

Henk Lategan: “Sure, no problem, I can arrange that.” 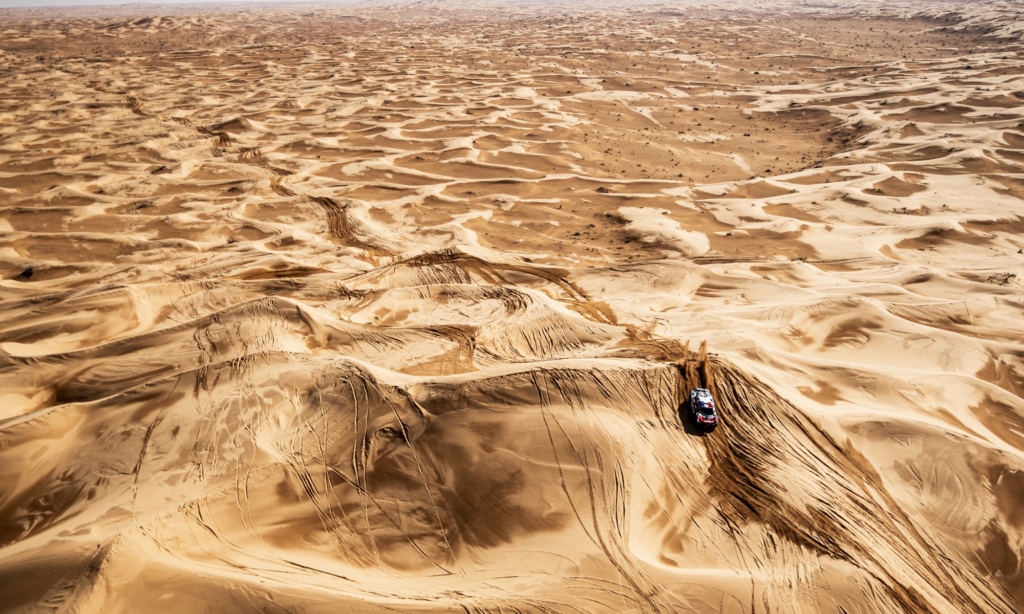 There is only ONE route to follow for each stage. If you stray from the guide it costs time.

Watch some of the race action and drama caught during week one of the Dakar Rally in the video below.