Double Apex was invited to sample the latest iteration of the all-season, all-weather supercar, the Porsche 911 Turbo S. We got to experience the 992 series range leader over a few hundred kilometres around the Western Cape to bring you this report.

Holy f***! Jeepers! Bloody heck! The expletives seemed to interrupt the conversation every time we mash the loud pedal of the new Porsche 911 Turbo S. S***! And they didn’t seem to stop. Such is the pace that this new car can dial up, that each full throttle exploration of the power band feels like a new experience. F*** me! 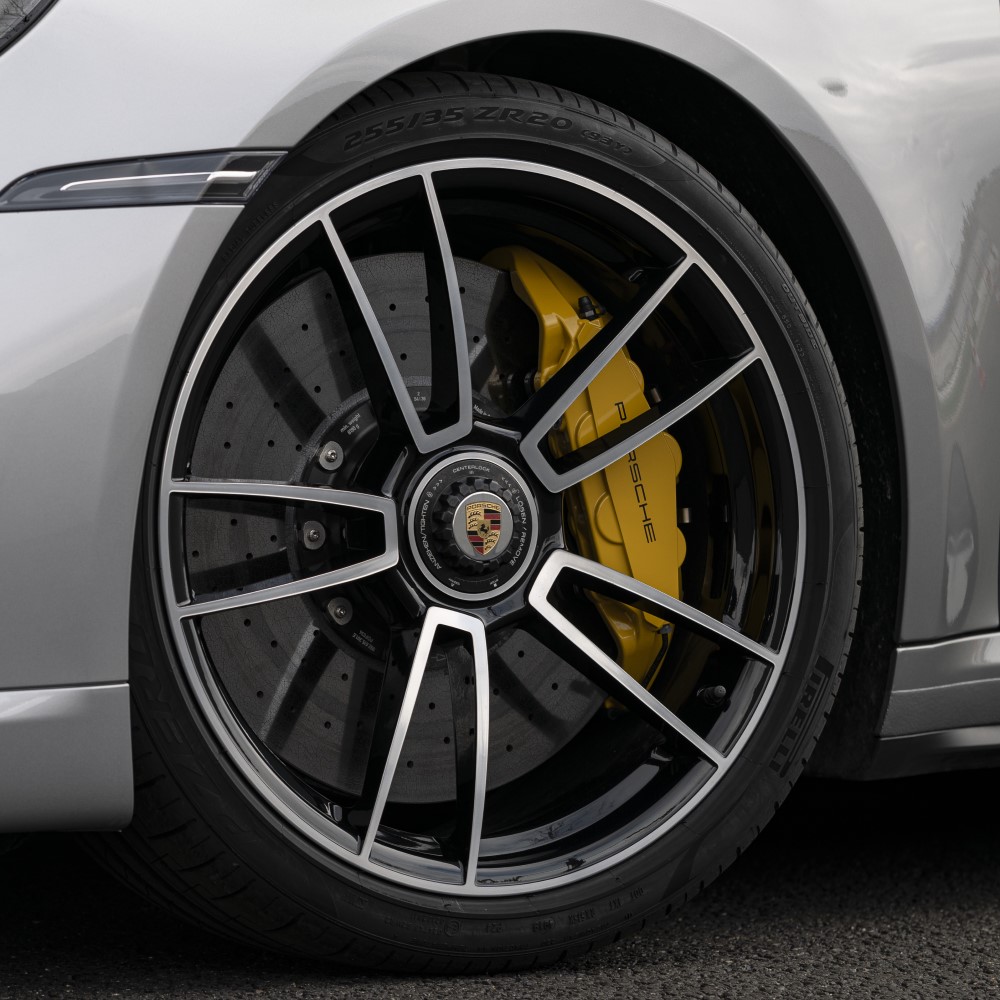 The latest-gen Turbo S (click here to read about the non-S versions) is based on the 992 series of 911. However, the apex model features a wider body than its lesser-powered siblings. The new car weighs 1 640 kg, just 40 more than its predecessor. Wider wings, front and rear, as well as different bumpers and a wing on the engine cover all give this derivative a purposeful and hunkered down appearance. Setting off the car’s squat appearance are a set of light alloy wheels measuring 20 inches up front and 21 at the rear as standard. These model-specific alloys, with centre-lock nuts, are wrapped in 255/35 front and 315/30 rear rubber.

Just some of the new tech on offer takes the shape of an active aerodynamics package. Active aero was introduced in the 991 series but the newer car affords more downforce on the rear axle in wet conditions (via a ‘wet’ selectable driving mode) and an airbrake for added retardation under hard driving. The rear wing and a front lip are adjustable and move to create more downforce or less drag, depending on the driver’s requirements. It provides real levels of downforce, too, not just alleviation of lift, a full 170 kg at 200 km/h, for stability.

Drive is sent to all four corners through a permanently engaged all-wheel-drive system (as has been the recipe since the 993). Porsche says this newest car can blast from rest to 100 km/h in just 2,7 seconds, will breach the 200 km/h mark in under nine seconds and will do 330 km/h flat out. Previous experience of performance testing Porsches leads us to believe those numbers are easily achievable, and probably a slight understatement. Watch a Turbo S drag race a McLaren 720S at this link.

But how does it go, I hear you ask. Man oh man, it is f***en fast. That is the short answer. Of course we felt obliged to try the car’s standard launch control system (see video). Doing so reset our scale of what is quick. The punch to the kidneys when you release the brakes feels as though you’ve been rammed from behind by a truck.

One moment you are here, seconds later you are down the road waiting for the blood to return to the front of your skull. The subjective feel underlines the claims made by the company. The acceleration is relentless, even at speeds we shouldn’t be talking about, not just from standstill. One feels as though the Porsche 911 Turbo S is on a constant quest to head-butt the horizon.

With an abundance of torque on tap you really have to drive with one eye constantly on the speedo, such is the tendency for the numbers to dial up to license-zapping speeds. Picking you way through traffic and overtaking can be done with the smallest gaps and the Turbo S just zips from point to point, without considering the bits in between.

There’s a hint of turbo lag, even though the twin blowers feature variable turbine geometry the fun really starts north of 3 000 r/min. Keep your right foot planted and the turbochargers will build 1,55 bars of maximum boost pressure. For the first time with a 911 Turbo S one can opt for a sports exhaust, as fitted to the car we drove. While the new pipework adds to the aural output, the Turbo S still sings that signature flat-six woofle that isn’t anywhere near the spine-tingling notes as produced by the high-revving, naturally aspirated GT3s.

But to judge the Porsche 911 Turbo S based purely on its straight-line acceleration would be selling it short. Porsche SA laid on a route that allowed us to experience its latest arrival in several different scenarios including some of the Cape’s finest mountain passes. In the winding confines of a mountain-side stretch of tar the Turbo S doesn’t let up. Despite those wide hips the Turbo S feels somewhat smaller than its dimensions suggest. The standard active rear-wheel steering allows the car to sashay with precision, cutting a tight line through the twistiest of tarmac. Porsche’s constant efforts with electrically assisted steering systems is paying off handsomely. The electromechanical set-up faithfully feeds back front-end levels of grip.

The wide rear rubber seems to key into the surface and try as you may (with a decent sense of self preservation) the traction control light stays unlit. If you were to let bravery overrun common sense (not that we did… too many times) massive anchors draw the Porsche 911 Turbo S without so much as a shimmy or shake to unruffle your composure. The standard fitment composite front discs are 420 mm and clamped by ten-piston (yes, 10) calipers. The rear items are 390 mm items with four-pot calipers.

The Porsche 911 Turbo S has always been at the top of Porsche’s hierarchy. From as far back as 1975 (when the 930 appeared) it has been the benchmark in the segment. Constant refinement, along with the implementation of the latest technology has kept the 911’s relevance and segment-leading credentials.

There are few cars that will keep up with it on a variety of roads thanks to the explosive power and surefootedness of the all-wheel-drive system. And with the increase of power the latest version is also a devastating straight-line performer. Gradually increasing power from the very first car’s 191 kW to the 478 on tap now, as well as constantly upgrading the delivery and user-friendliness has meant the new Porsche 911 Turbo S remains the devastating performance machine that it has always been. Just mind your language should you ever drive one.