There are various modern interpretations of the classic Porsche 911. Most people will know the work of Singer Vehicle Design. Then there are lesser-known creations such as the Streetfighter Electric 911. But the Oil Stain Lab Half11 is likely to be the most unique 911-based creation you’ll ever see.

Oil Stain Lab is made up of automotive visioneers, automotive designers, artists and creators. According to their press material they have a passion is for mechanical automotive experiences and are defenders of oily, stinky and loud machines. The Half11 is their protest, an attempt to shake up the world of classic cars, car tuning, and culture. And if they ruffle a few feathers along the way, they will be quite happy.

The Oil Stain Lab Half11 is a completely unique take on a reimagined 911, a flight of fancy with its roots in the world of endurance racing. The team had the idea of creating a V8-powered, tube-framed sportscar with the face of a 911. The rear axle is wide, and looks as though it’s been borrowed from a Le Mans racer. There is no definite timeline on its debut, but the donor car has been cut and some parts for the bespoke build are already in hand. The donor car is half of a Porsche 911 that the company purchased for about $450.

In a chat with Double Apex this past weekend Oil Stain Lab had the following to say:

“In essence it is a “period correct” recreation of the fictional half11 Porsche built and raced in 1970… The main question to be asked is what if the 911 remained the focus of Porsche Motorsport, and evolved into a top level competition racecar, not solely left in the GT classes. What if the rules had ever so slightly changed and not allowed the 917 to exist? What would have the 911 evolved into?  With that in mind the goal is to change Porsche history, perception, and also to showcase our design vision, approach and story-telling ability. The goal is for it to be a true and complete showcase of what Oil Stain Lab is able to do for future clients and partners.”

You can see just some of the company’s previous project cars in the image below. 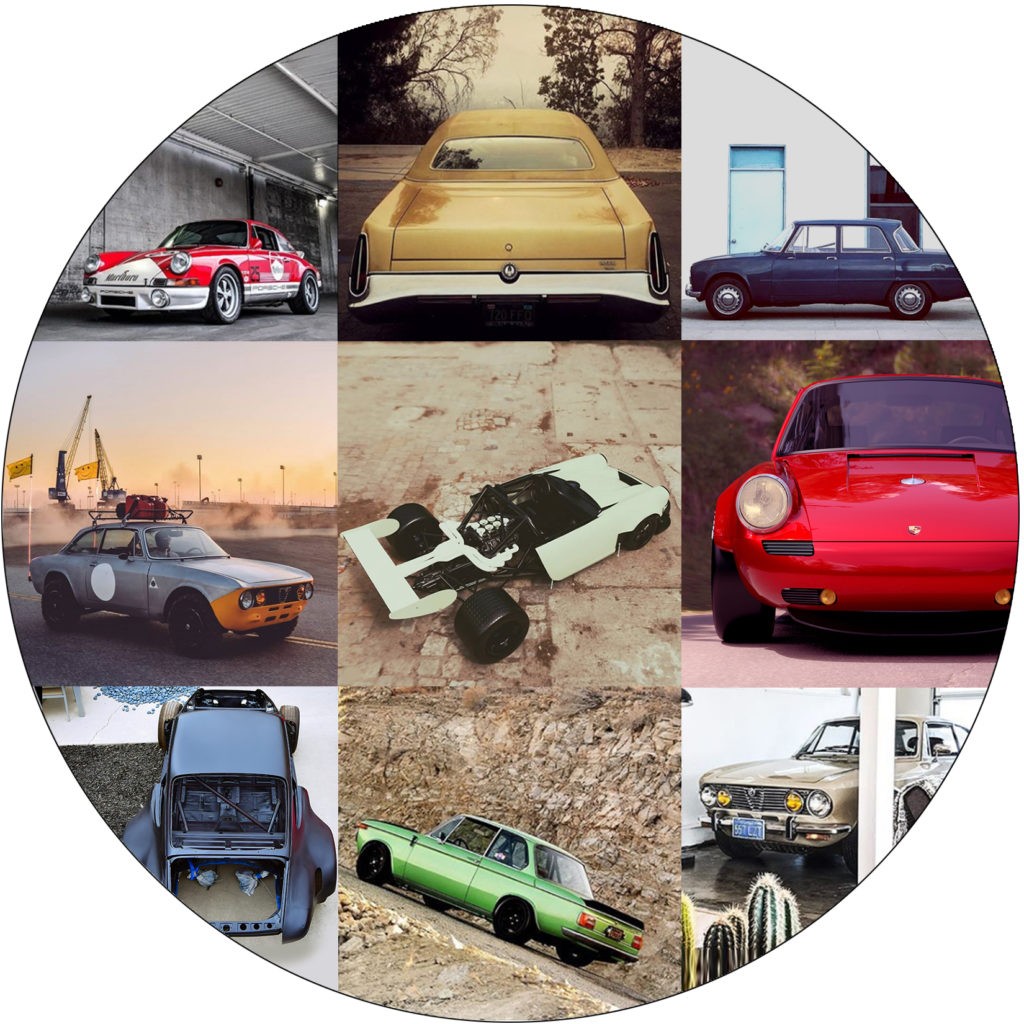