In 1995 McLaren pulled off the near impossible. The British team, with years of F1 success, pitched up at the 24 Hours of Le Mans and won on debut. Not only did it win, but it won with a road car that was modified for competition use. To celebrate the 25th anniversary of that historic event McLaren has produced five McLaren Senna GTR LMs for five lucky owners. Read our article outlining the very last time Le Mans was run without chicanes.

Turning back the clock

When the chequered flag fell on the world’s toughest circuit in 1995 five McLaren F1 GTR supercars were still running. They were placed 1st, 2nd, 4th, 5th and 13th on the Sunday afternoon. The five McLaren Senna GTR LMs, which are based on the track-only McLaren Senna GTR, have been hand-painted to mimic the livery of those five racecars.

Check out our galleries of iconic 24 Hours of Le Mans winners Part One and Part Two.

Aside from the bespoke livery, each of the McLaren Senna GTR LMs has fractionally more power (+15) at 622 kW and 800 N.m of torque from the twin-turbocharged 4,0-litre V8. Other changes include a bespoke LM steering wheel features anodised gold gear shift paddles and control buttons, foot pedals made from titanium nitride, distinctive five-spoke OZ Racing wheels, gold-coloured brake calipers and suspension wishbones. Each car also has a ‘1 of 1’ dedication plaque featuring the VIN on each car, with details of its 1995 Le Mans F1 GTR ‘twin’ etched on the carbon fibre sill. 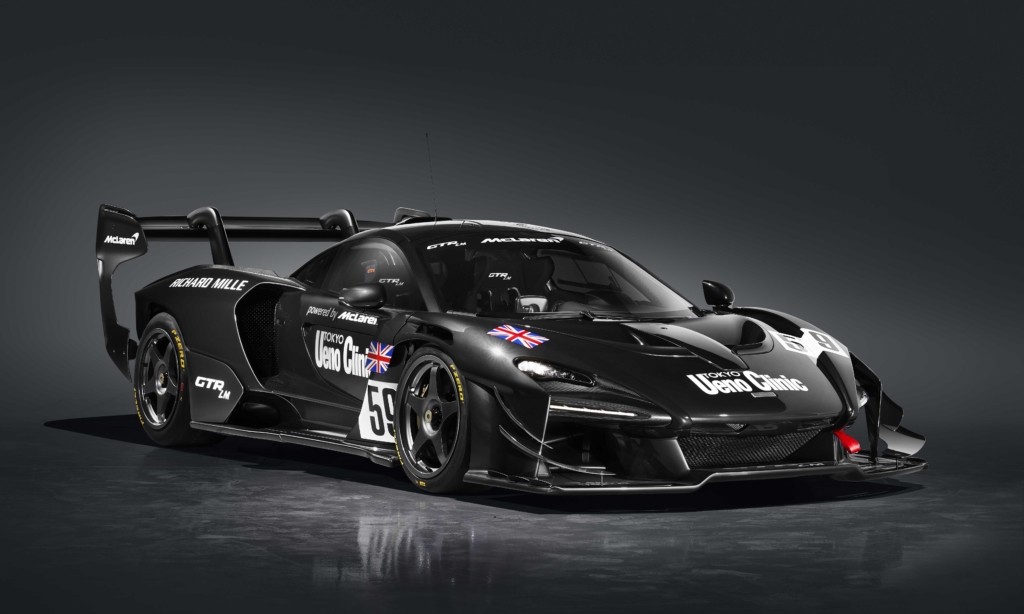 An homage to McLaren F1/01R aka ‘The Ueno Clinic car’ and the outright winner of the 24 Hours of Le Mans in 1995. The car bearing race number 59 was driven in 1995 by two-time Le Mans winner Yannick Dalmas, Japanese veteran Masanori Sekiya and former Formula One driver, JJ Lehto. The charcoal grey livery was branded with the name of Japanese sponsor Ueno Clinic. The MSO team matched the colour by mixing a new tone dubbed ‘Ueno Grey’. This car has been authentically reproduced from the original race-winning F1 GTR. It will soon have every last detail right down to recreating car 59’s unique driving lamps. The OZ Racing wheels are finished in matching grey. 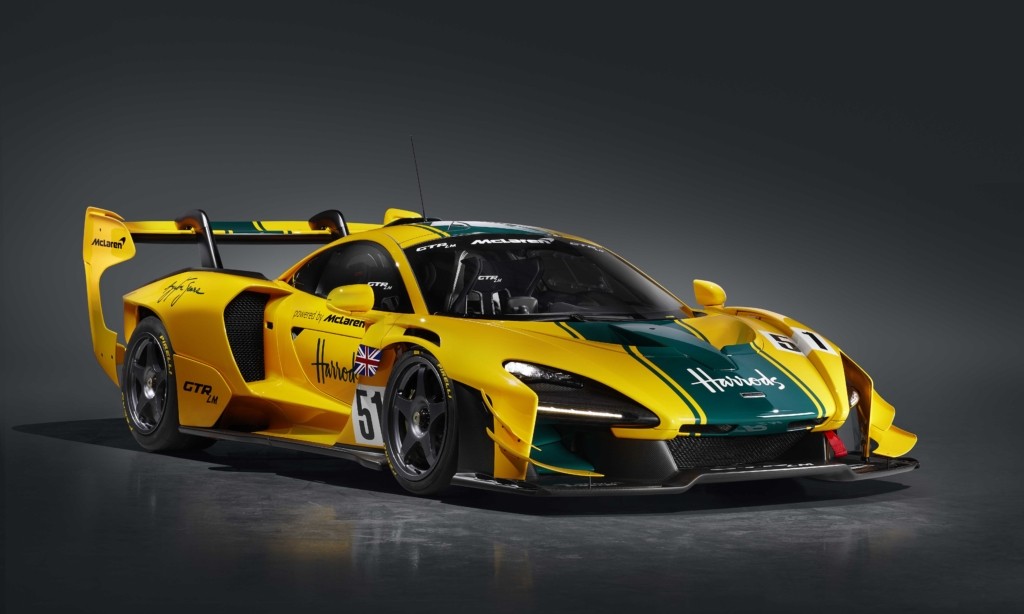 An homage to McLaren F1/06R aka ‘The Harrods car’. Car number 51, driven by an all-British line up of Andy Wallace, Derek Bell and Justin Bell, came home in third place. The car’s yellow livery with bold green stripe bore the name of London department store, Harrods. The MSO paint team used a vivid colour called Solar Yellow for the body of the car, and the wide stripe is applied in Heritage Green, shadowed by a matching green pinstripe and green detailing within the front aero diffuser. 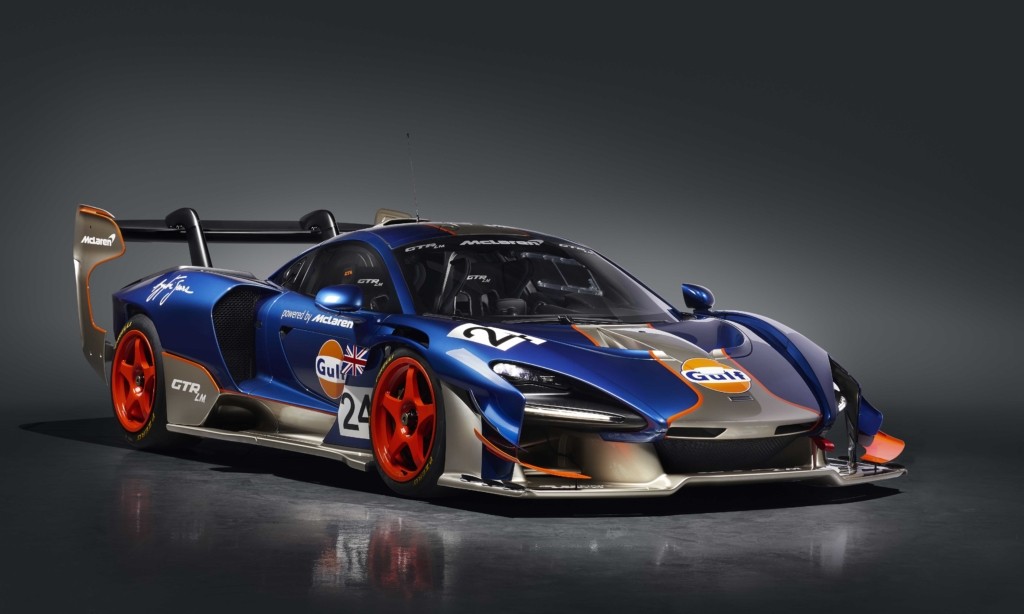 An homage to McLaren F1/02R aka ‘The Gulf car’. Brazilian Maurizio Sandro Sala teamed up with Brits Mark Blundell and Ray Bell finished in fourth place. Car number 24 was finished in Gulf Racing blue. Its ‘Gulf 95 Orange’ pinstripe traces the rear diffuser and the rear wing’s LMP1-style endplates, tracks along the lower sill and unites at the front with orange blades on the front splitter.The OZ Racing wheels are finished in vivid orange, while the lower sills and roof stripe are painted in Gulf 95 Silver. 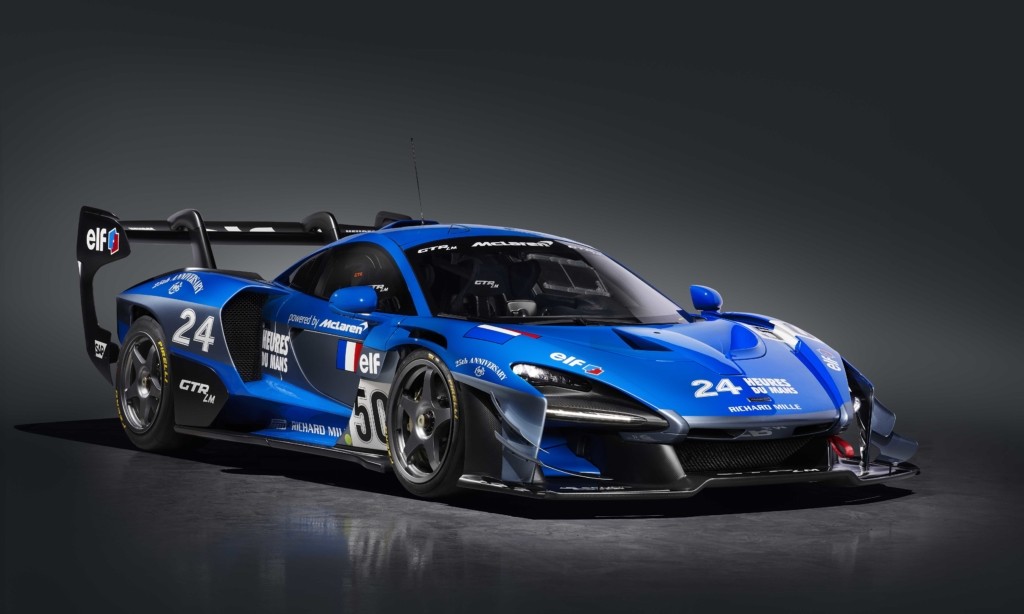 An homage to McLaren F1/07R aka ‘The Jacadi car’. Car number 50 was run by French-based customer team Giroix Racing. Two French drivers – Fabien Giroix and Olivier Grouillard – joined Swiss pilot Jean-Denis Deletraz (whose son is competing this year) to bring the car home in fifth place. The French-themed livery of the original has been preserved by the McLaren Senna GTR LM’s new owner. The colour of the body is called Le Mans Blue. That blue is complemented by a blue metallic called ‘Polaris’ and Elf logos. 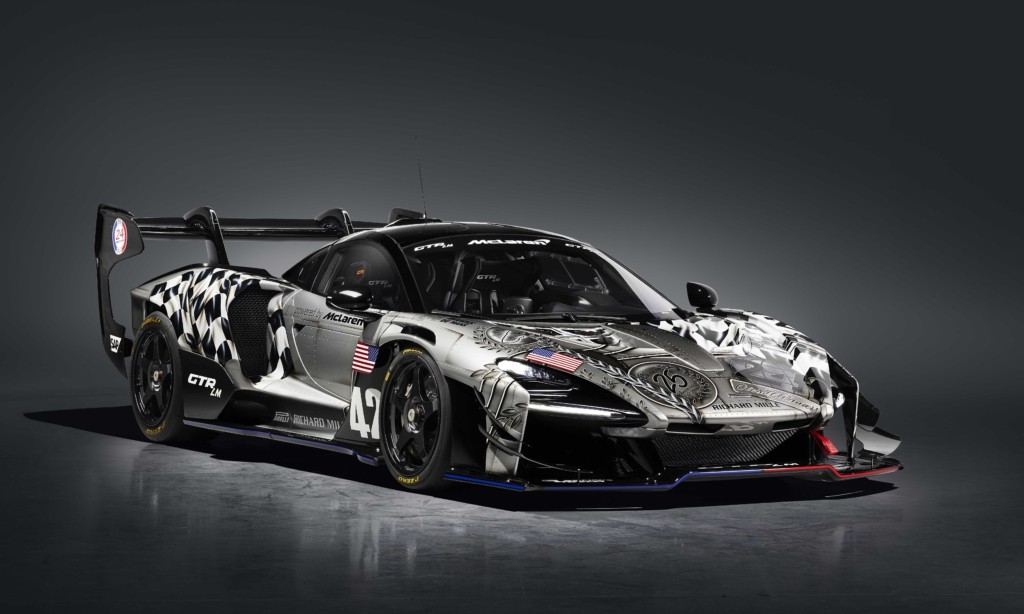 An homage to McLaren F1/05R aka ‘The Cesar car’. Car number 42 finished in 13th position. It was driven by an all-French line-up of Jean-Luc Maury-Laribiere, Marc Sourd and Hervé Poulin. Cesar Baldaccini was responsible for the livery hence the name. McLaren Senna GTR LM 825/5 is a modern reinterpretation of the livery. It draws in new elements, such as pole position lap times, contemporary race trophies and Le Mans branding cues. It is estimated that several thousand hours of work were needed to finish the project.