Double Apex has several friends locally and abroad. One of our international correspondents has a keen eye for design and penned this piece on Italian concept cars part 1. Look out for part 2 later this week.

What do doorstops, changes in air pressure and green ground beetles have to do with concept cars? Everything it seems, provided you’re about to explore Italian concept cars of the so-called ‘wedge era’.

In the late 1960s, the search for aerodynamic efficiency in racecar design had gained a new dimension – downforce. To better balance the effect of a huge, high-mounted wing at the rear, racecar noses were lowered and flattened – enter the wedge.

Never slow to spot a new trend, the Italian carrozzeria, led by Bertone, ItalDesign and Pininfarina, adopted the idea wholesale, swapping the voluptuous curves of the past for an edgy, wedgy design language that would last into the late 1980s.

Click here to read about the upcoming Pininfarina hypercar.

Starting with the Alfa Romeo Carabo in 1968, the Italians created a series of inspirational concepts that would influence an entire generation of sportscars. Without these radical flights of fancy, production icons such as the Lamborghini Countach, Lancia Stratos, BMW M1 and Lotus Esprit would never exist. 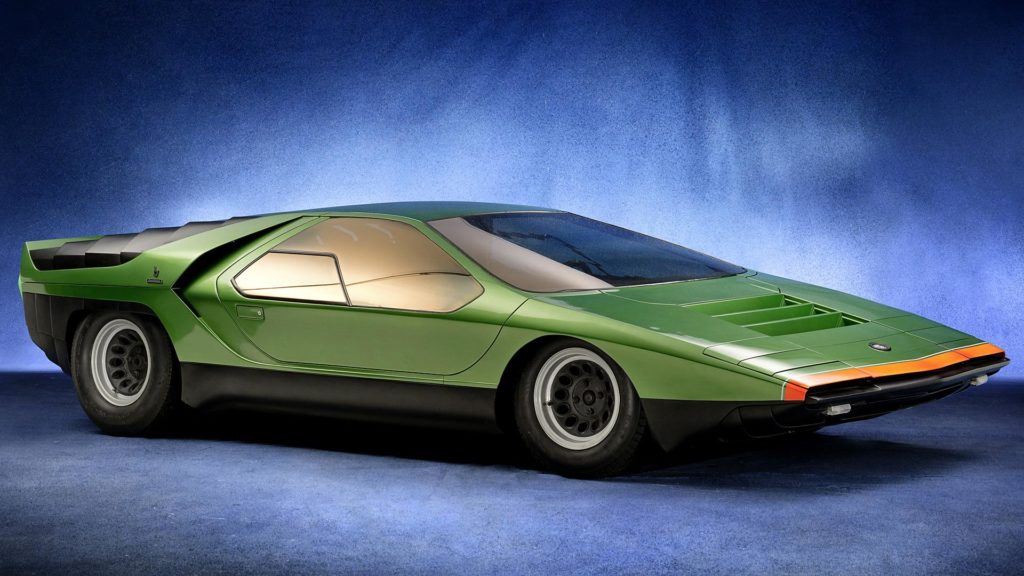 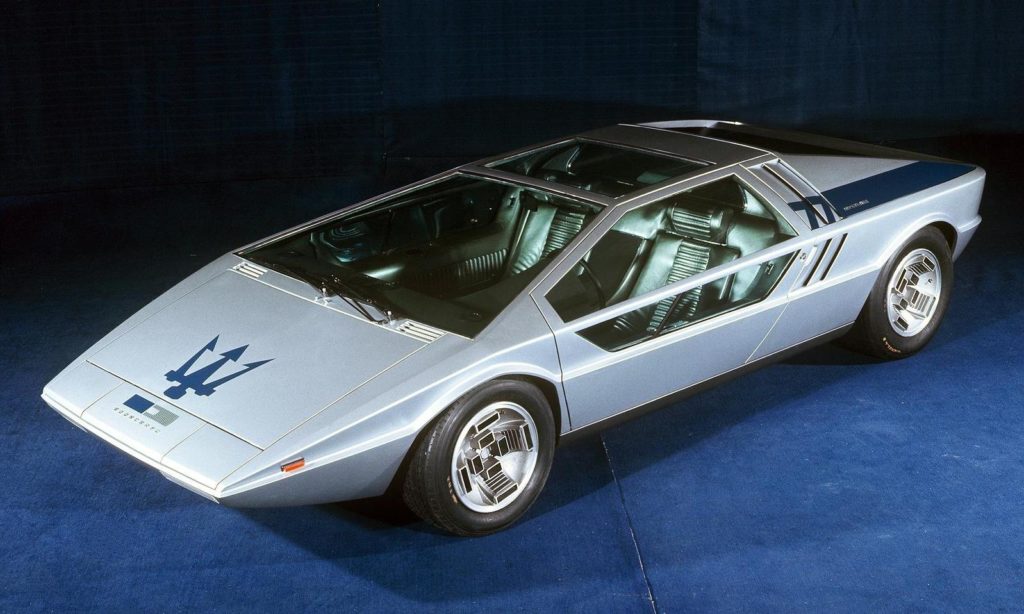 Giorgetto Giugiaro’s ruler-only masterpiece sought to push wedge design to its extreme. That he was able to keep the final shape so taut, the proportions so balanced and the aesthetics so desirable is testament to his genius. Conventional doors, a Citroen-at-its-craziest interior, and a 4,7-litre V8 and underpinnings from the Bora made it a fully-functional daily-driver as well. 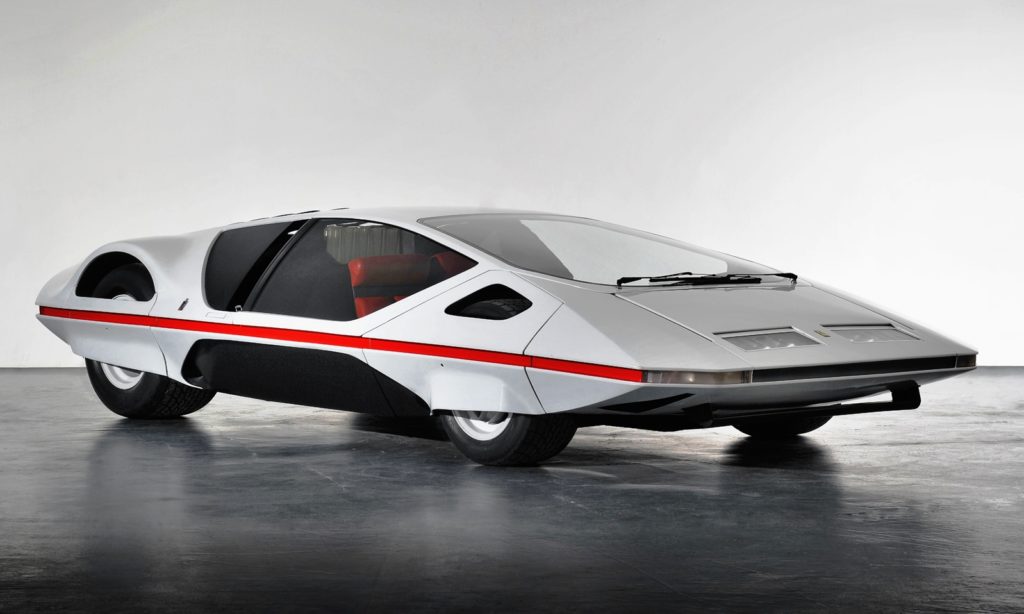 Pininfarina’s first foray into wedge design came a year earlier with the 512S Berlinetta Speciale but it was the Paulo Martin-designed Modulo that delivered the more enduring shock factor. The Modulo is outrageously proportioned – five times longer than it is high – with partially covered wheels, a forward sliding canopy and a space-age interior complete with hubless steering wheel and bowling ball-shaped control panels. 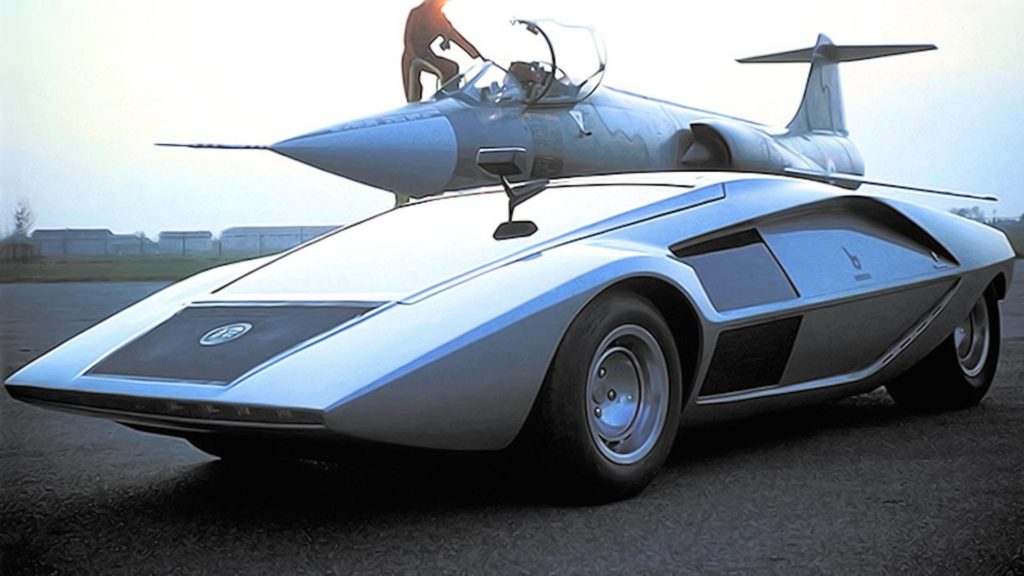 Bertone’s epic response to the Modulo raised the bar by lowering the roofline. An astonishing marriage of architecture, sculpture and disciplined automotive engineering, the Zero measures a mere 84 cm in height aided in part by the mid-mounted 1,6-litre V4 engine. Access to the dashboard-free cabin is a step-in-from-the-front affair via a flip-up windscreen. Inside, it’s all ‘chocolate block’ recliners, forward tilting steering wheel, hand-etched green Perspex instrument panel and an acre of glass roof-cum-windscreen.
Double Apex verdict: The concept that sent Gandini stratospheric