Hyundai has been on a steady climb these past few decades. The Korean manufacturer started by producing vehicles that were cheap but reliable. That followed with cars that were competitively priced with lots of standard features. The next step was to keep those traits and add a level of style. With successive generations improving over predecessors, the next step was adding sportier derivatives to the mix… enter the hot new Hyundai i30N.

Hyundai HQ realised that it had to launch a performance arm if it planned to tackle the likes of industry giant VW head-on. Badges such as AMG, RS, M and R carry high aspirational value and Hyundai felt it needed the same. The company’s answer was to launch the high-performance N sub-brand. The ‘N’ stands for Namyang (the company’s Korean R&D headquarters) and Nurburgring (home of a satellite facility).

To help accelerate (no pun intended) development and guide the rookies through the process, Hyundai hired the ex-head of BMW’s M Division. Albert Biermann has overseen the development of many iconic performance machines during his time at BMW. His wealth of experience would help Hyundai to develop proper driver’s cars from the get-go. At the same time, the company entered the World Rally Championship (WRC) and started to build customer racecars for the popular TCR category. (Go racing and offer fast road cars to match, are you paying attention Citroen?)

The first model to wear the N badge is the i30. Giving this model the N treatment is clear intent of Hyundai aiming for the perennial benchmark Golf GTI. In the South African context, the i30N comes as you see it. There are no i30N variants or options on the list. Hyundai SA has thrown just about everything into the car as standard.

The sportiest i30 wears 19-inch alloys, a chunky body kit, dark accents, a roof-mounted spoiler, a deeper front bumper with larger air intake and several other bespoke touches. Inside, too, there is plenty on offer. Sports seats with electric adjustment and heating, a multi-function steering (with drive mode buttons), a full-length panoramic roof, dual-zone climate control, and a touchscreen infotainment system featuring Android Auto and Apple CarPlay are just some of the highlights. 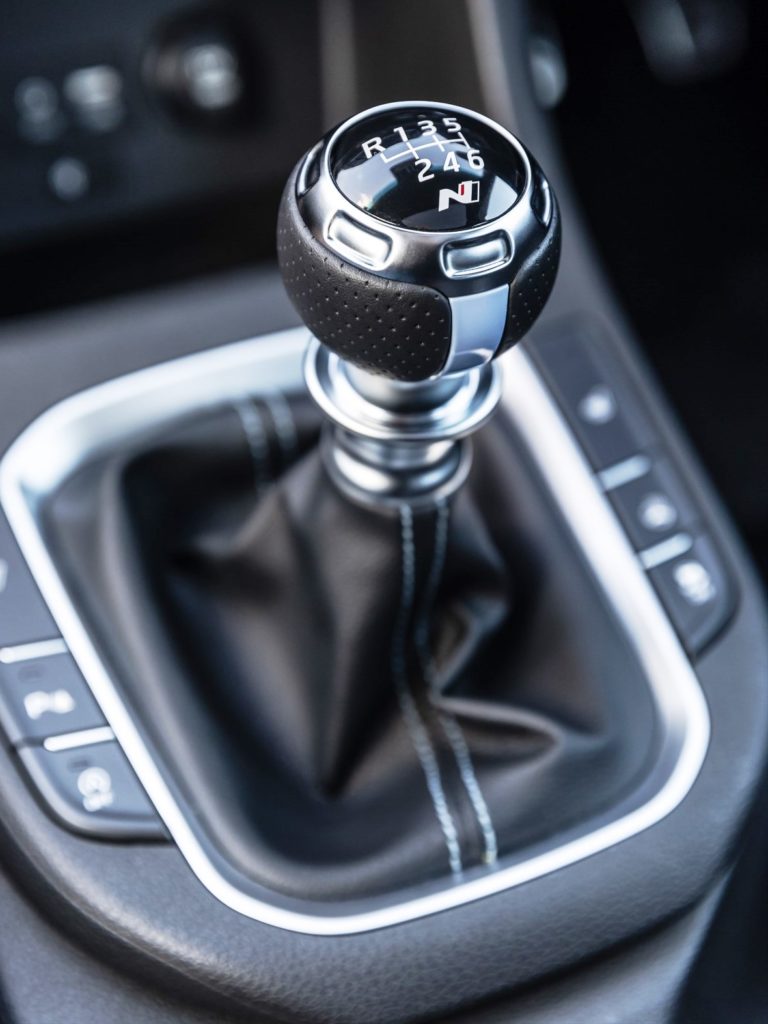 But I hear you asking; “What of the motor?” Under the bonnet lies a 2,0-litre turbocharged motor that is good for 202 kW with peak torque of 353 N.m. Other markets offer a lower-powered engine, but that won’t be coming here. The all-aluminium unit is mated with a six-speed manual transmission (nice).

The i30N sends all of its power to the front wheels through an LSD (limited-slip differential – even nicer). Inside those front wheels are 345 mm ventilated discs clamped by four-pot calipers. The rear rotors are 314 mm solid items. Hyundai claims that the hot hatch will sprint from standstill to 100 km/h in 6,1 seconds. Flat out it will reach a true 250 km/h.

Hyundai says that the i30N was honed on tracks, such as the Nurburgring, not to go particularly fast in the straight line, but to attack corners with maximum verve and efficiency. To help convince us of the car’s corner-carving credentials we were taken to a private facility just outside of Cape Town to sample the car in extremis. We were given countless laps to get to grips (as it were) with the car’s on-track behaviour and to push as hard as conditions allowed. Offering journos unlimited laps is very brave, but also shows great confidence in the mechanical integrity of the package.

Most road cars tend to wilt under the harsh scrutiny of a circuit, but the i30N didn’t. With the confines of the track we able to exploit maximum power on the tracks straight, running through the gears to a true 180 km/h. The massive front anchors reeled us in repeatedly from those speeds with confidence-inspiring pedal feel. The all-independent suspension set-up handled high-speed direction changes without unwanted movement. 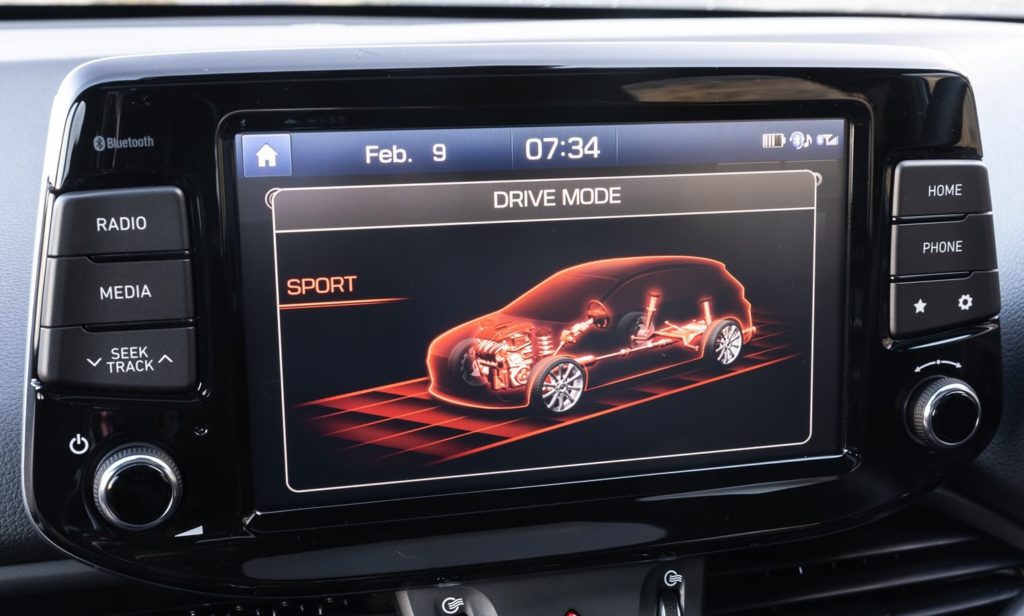 After an entire morning of track-lapping, we were sent off to sample the Hyundai i30N on public roads. A brief motorway drive allowed us to play with the car’s configurable drive system. Drivers can choose between various modes, each ramping up the sportiness factor. The system alters throttle mapping, exhaust sound, damper response rates, steering weight and the level of interference from the stability program. If you don’t like the preset combinations owners can pick and choose as they like

We chose the sport setting for the open road, especially when the surface was good. Sport+ proved a little too harsh through the dampers. Hyundai directed us through two mountain passes on the afternoon drive. We chose the most extreme settings for both passes but with a cosseting suspension set-up to ensure maximum traction even through the bumpier sections. The LSD also works a treat to curb understeer and helps slingshot the car out of lower speed corners.

On the famous Franschhoek Pass the i30N proved to be real hoot to steer. Loud cracks on a trailing throttle punctuated the wheel-twirling between corners. Speaking of the wheel, Hyundai’s engineers developed a special electrically assisted rack that has a meaty feel to it. With the ESC set to a less intrusive mode, the i30N can also get a little waggy.

First up, the unavoidable question of price. Glance below and you will see that the Hyundai i30N is not “competitively priced”. At nearly R700k there are a lot of rivals to contend with. Hyundai SA imports these units and therefore fights against a weak rand (as do many of its rivals). Exclusivity will be key for many buyers as the local subsidiary plans to bring in about 10-12 units a month. So the likelihood of seeing one at every traffic light is quite low. If you place a high value on driving satisfaction then the new performance hatch from Korea is definitely worth a look.