Double Apex was recently handed the latest-gen BMW 118i to sample for a few days. We share our thoughts on the new model here. You can read more of our car reviews at this link.

The most recent iteration of BMW’s entry-level hatch, the 1 Series made its debut in 2019. Many of the headlines were grabbed by the range-leading M135i. But it is the more sedate BMW 118i, as driven by us recently that will make up a large volume of the sales tally. For the time being the range comprises just these two derivatives. 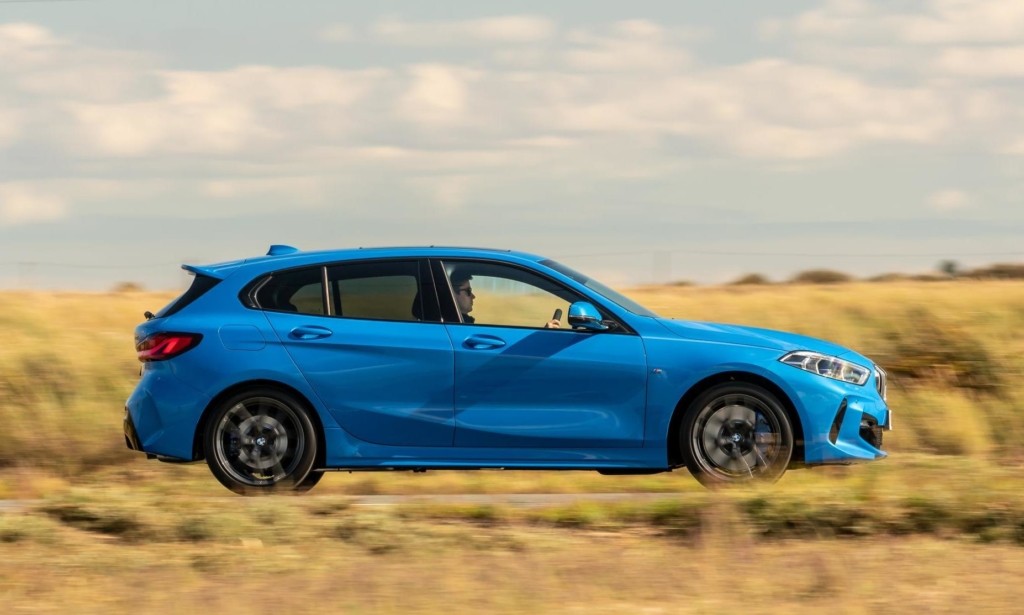 The latest 1 Series (dubbed F40, not to be confused with the iconic Ferrari) is quite a departure from its predecessors. Large kidney grilles, though not as large as the recently launched 4 Series, dominate the frontal aspect. Sleek headlamps are modern in execution and feature LED DRLs. The styling of both previous generations was determined by the car’s powertrain (more of which in a bit), while the latest version has more ‘normal’ hatchback proportions. Slim taillamps keep the rear treatment quite close to other members of the BMW family. On the whole the appearance is agreeable and modern. 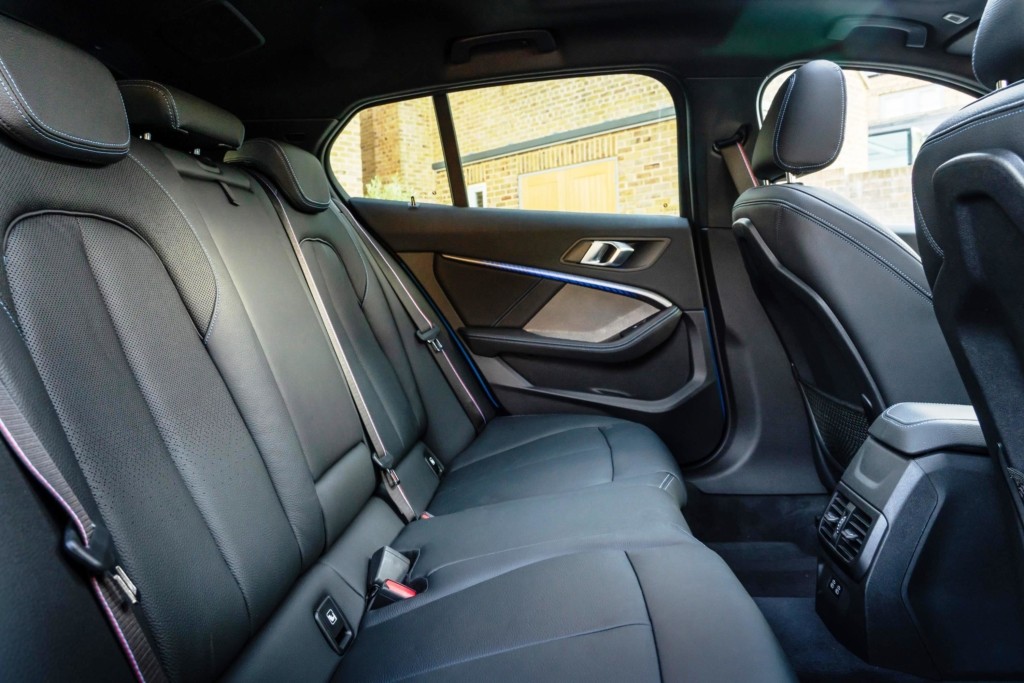 The result of adopting new proportions means that the new 1 Series feels, and is, more spacious than the model it replaces even though it has a fractionally shorter wheelbase. Occupants, front and rear, don’t feel quite as cocooned as in the previous vehicles. Rear passengers now enjoy an extra 33 mm of knee room. There is also an additional 20 litres of volume in the boot according to BMW.

Read our review of the Mercedes-Benz A-Class at this link.

BMW’s test unit was fitted with the latest iDrive infotainment interface. It boasts the seventh generation operating system as first seen in the latest 3 Series (which we reviewed here). A touchscreen atop the centre of the facia is complemented by digital instrumentation in front on the driver. The general feel of major controls, switchgear materials are all high on the premium end of the scale.

Previous generations of 1 Series were rear-wheel-driven. This made them quite unique in the segment. Opting for that layout, however, compromised space and practicality. All new 1 Series versions share a platform with sister brand Mini. Engines are now transversely mounted with power delivered to either the front- or to all four wheels. There is no rear-wheel-drive option.

The BMW 118i is powered by an inline three cylinder motor. The turbocharged unit displaces 1,5-litres and produces 103 kW along with 220 N.m of torque. This engine is mated with, the only transmission option available locally, a seven-speed dual-clutch automated gearbox.

While the comparatively small engine may be a concern for some, a typical 118i buyer is hardly likely to know that there are just three cylinders under the bonnet, unless they take note of the slightly off-beat engine note. Or, for that matter, that their new pride and joy is front-wheel-drive (FWD). If anything, we feel the motor does lack a bit of oomph in the overtaking stakes. Mash the throttle to pass slower moving traffic and one can be caught off guard with how long it takes. But that situation is unlikely to affect someone who is used to, and lives with the car’s power delivery characteristics.

BMW has called on all its engineering expertise and technological prowess to make the car feel less like a FWD. A sharp steering action, along with a host of electronics, tries to quell understeer and keep the nose firmly pointed where intended. Truth be told, we deliberately tried to drive the 118i as sedately as a typical owner will. There were no cornering heroics and no full throttle pull-aways to set the wheels spinning. Treated this way the 118i behaves in an impeccable manner and it even has decent ride quality despite large alloys fitted to our test unit.

BMW entered the small hatchback category a few years ago when it launched the first-ever 1 Series. That car and its successor were unique in the segment as the only rear-wheel-drive option for buyers. But the price paid was a lack of space and practicality.

The Bavarians, as Mercedes did, found out that a traditional transverse engine/FWD hatchback is a much better solution. In doing so, these two brands are now proper challengers to the Audi A3, and to a lesser degree the top-selling VW Golf, in the hatchback space.  If anything, it’s a great time to shop in the segment as all the contenders are excellent, and this 1 Series is by far the best 1 yet.