2020 Dakar Stage 7 started early this morning in the Saudi Arabian peninsula. It was a marathon from Riyadh to Wadi Al Dawasir. All crews had a much-needed rest day after the rally reached its halfway point at stage 6. Stage 7 was the longest stage in the 2020 Dakar and also one of the most varied. The stage, made up of 195 km of open road section and 546 km of racing, consisted of dunes scattered along the entire route. Between the dunes were climbing portions, off-road alternates and numerous crossings that kept the navigators on their toes. 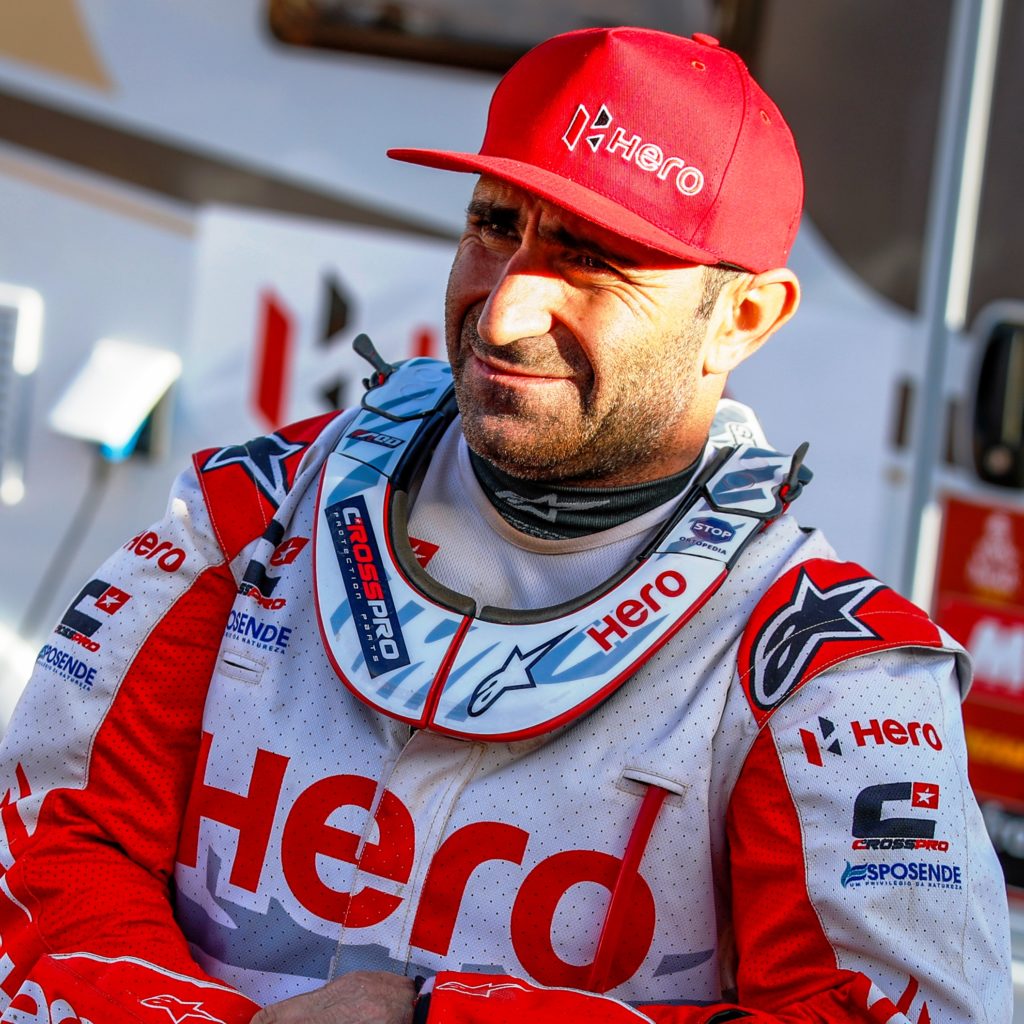 Portuguese rider Paulo Gonçalves (pictured) passed away from a fall sustained 276 kilometres into today’s stage. 40-year-old Gonçalves was taking part in his 13th Dakar. He made his debut in 2006 and had finished four times in the top 10, including an impressive performance as runner-up in 2015.

The second part of the rally was set to be dominated by three big names Stephane Peterhansel, Nasser Al-Attiyah, and Carlos Sainz. But that news didn’t filter through to local driver Yasir Seaidan who was matching the leaders for pace. The Saudi grabbed the lead from Al-Attiyah 214 km into the timed section.

Not to be outdone, the overall event leader Carlos Sainz was the fastest man in the latter half of the special. The factory Mini driver is put clear daylight between himself and his direct rivals Al-Attiyah and Stéphane Peterhansel. His rivals were unable to match his pace and Sainz went on to claim his this stage win of 2020. Sainz padded his overall lead, beating Nasser Al-Attiyah by 2 min 12 sec and Stéphane Peterhansel by 2 min 53 sec.

Al-Attiyah’s teammates in the Toyota Gazoo racing team, Giniel de Villiers finished seventh, one position behind Fernando Alonso who had a good run on 2020 Dakar Stage 7.

Ricky Brabec lost only 3 min 29 sec to stage winner Joan Barreda despite having to open the track. Kevin Benavides was third overall. The Argentine rider spent time trying to help with Paulo Gonçalves. Brabec still leads the overall standings in the bike category over Quintanilla and Florimo