The 2019 Goodwood Festival of Speed took place this past weekend. This year’s event celebrated the drivers, riders, cars, motorcycles, and teams that have gone further than their contemporaries in pursuit of glory. It brought together the most celebrated and successful racing machines, which raised the bar in their respective fields. It feels as though the entire show is a highlight, so it’s near impossible to bring you a highlights gallery. We chose some of our favourites and showcase them in this bespoke gallery of images. 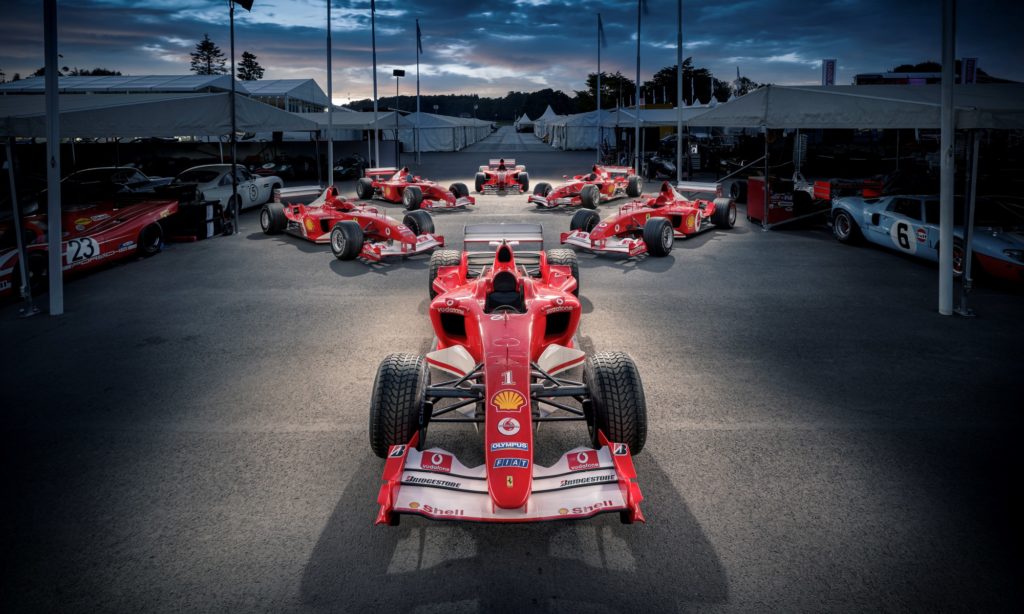 Formula One fans, especially those of Michael Schumacher, would have been moved to tears when they saw all of his title-winning Ferrari F1 cars on display. Several team members who helped Schumi to victory were in attendance, as well as his wife, to celebrate the 25th anniversary of his first F1 title. 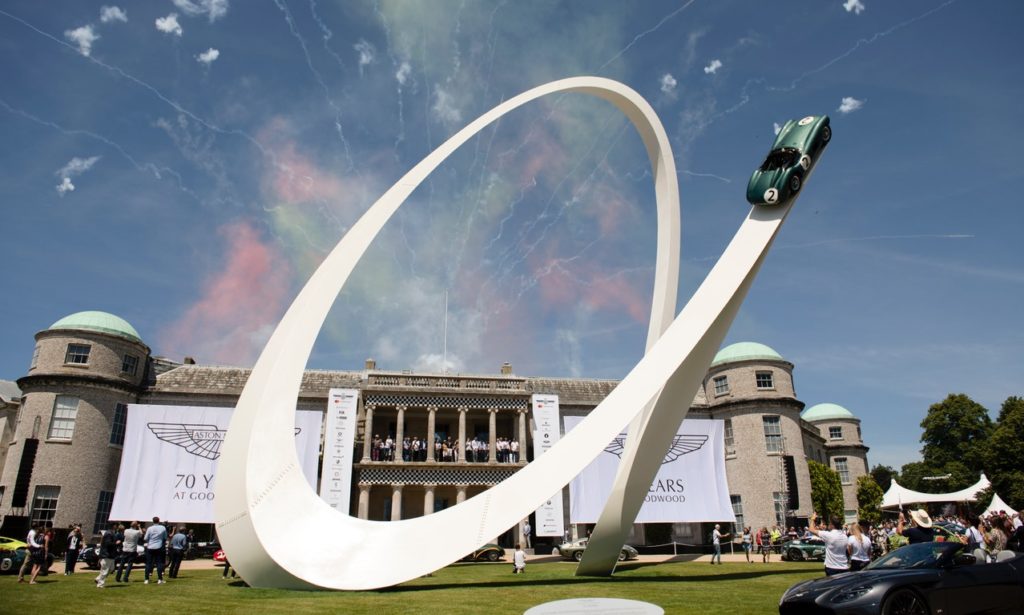 Aston Martin celebrated 70 years of the brand at the FoS this year. As a result the Goodwood Central Feature was dedicated to Aston Martin’s racing heritage with the sculpture featuring a Le Mans-winning Aston Martin DBR. 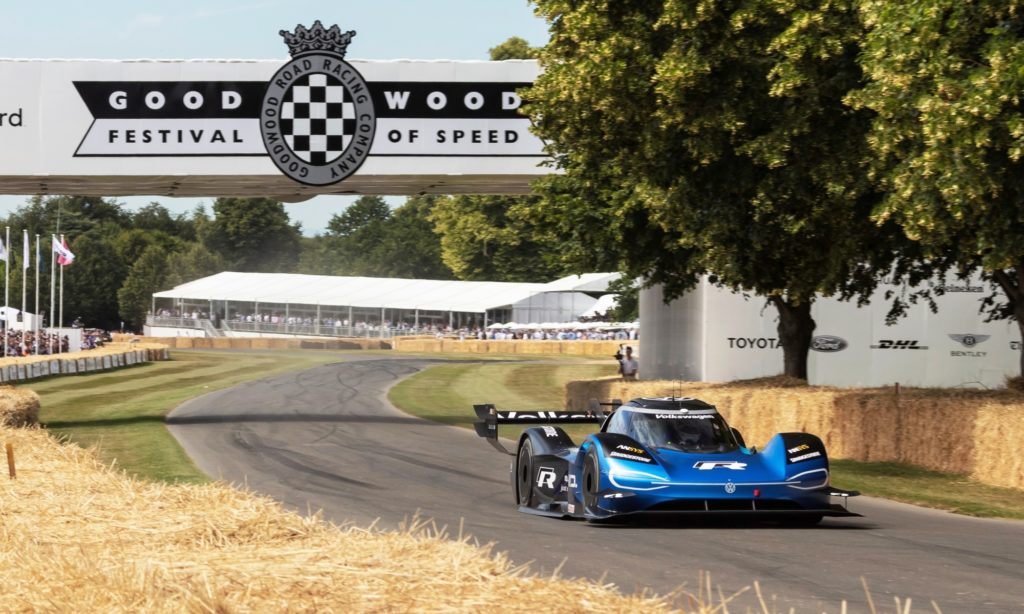 Volkswagen’s ID.R made history by setting a new, all-time record at the 2019 Goodwood Festival of Speed. Romain Dumas completed the 1,86-kilometre course in just 39,90 seconds. In doing so the 500 kW all-electric race car broke the previous record, which had stood for 20 years, by 1,7 seconds. The previous record was set in 1999 by Nick Heidfeld in a McLaren-Mercedes MP4/13 with a combustion engine. The Volkswagen ID.R set a record at the Nurburgring Nordschleife earlier this year. 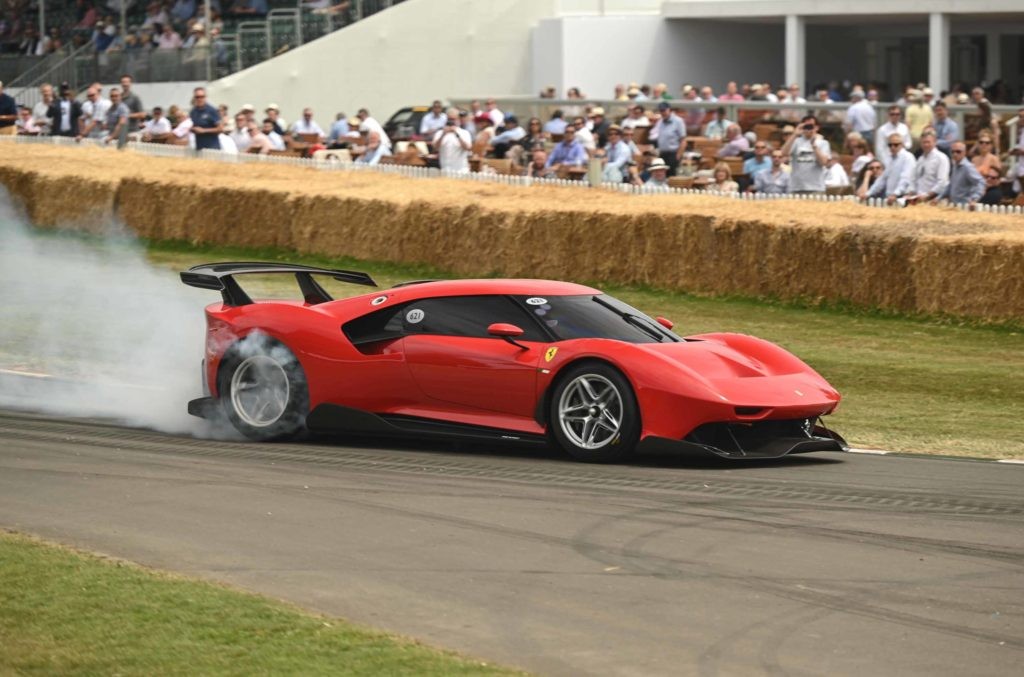 Ferrari GT driver, Sam Bird, drove the one-off Ferrari P80/C, this was the very first time the P80/C has been shown in public. You can learn more about this special car by clicking here. 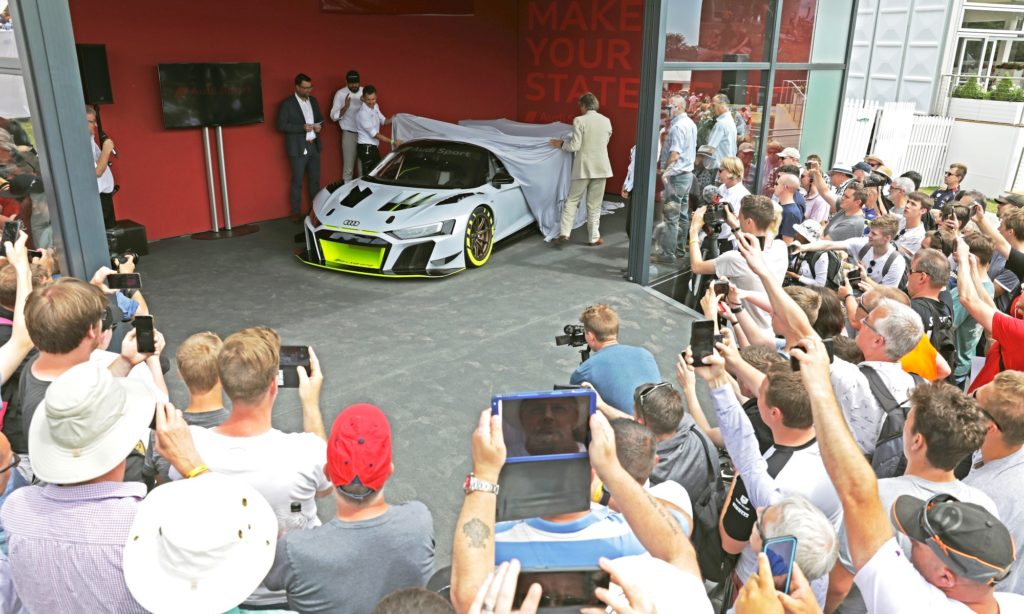 There were a number of new car launches at the FoS. Included among these were the Mercedes-AMG A45 (more at this link) and the Porsche 911 RSR (full info here). But this Audi R8 LMS GT2 really turned heads. The V10 powered racer has an output of 470 kW and more than 550 N.m of torque. The R8 LMS GT2 has been built for an all-new racing category. The FIA GT2 series will arrive in Europe and North America in 2020. 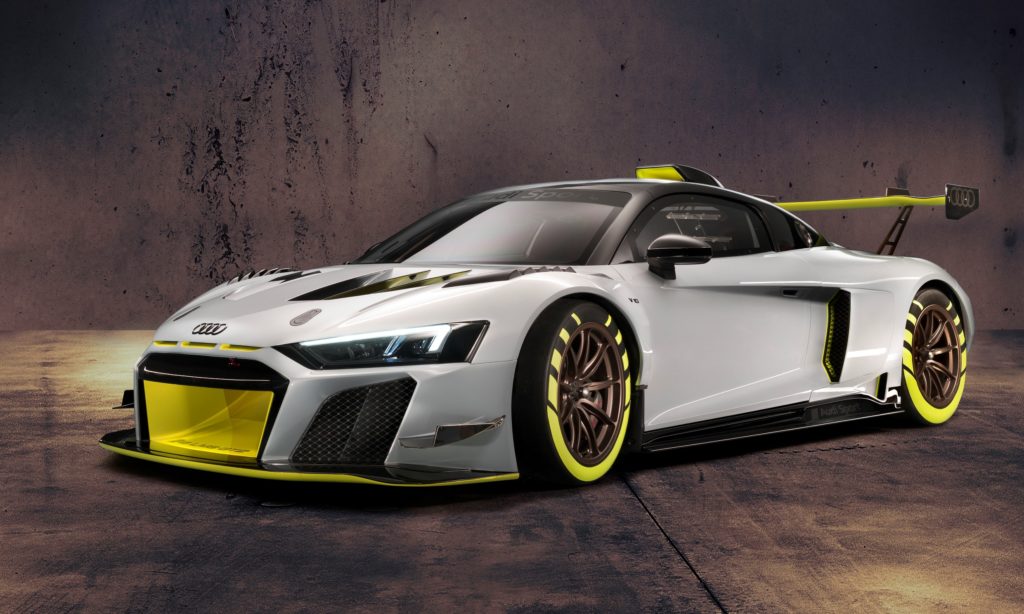 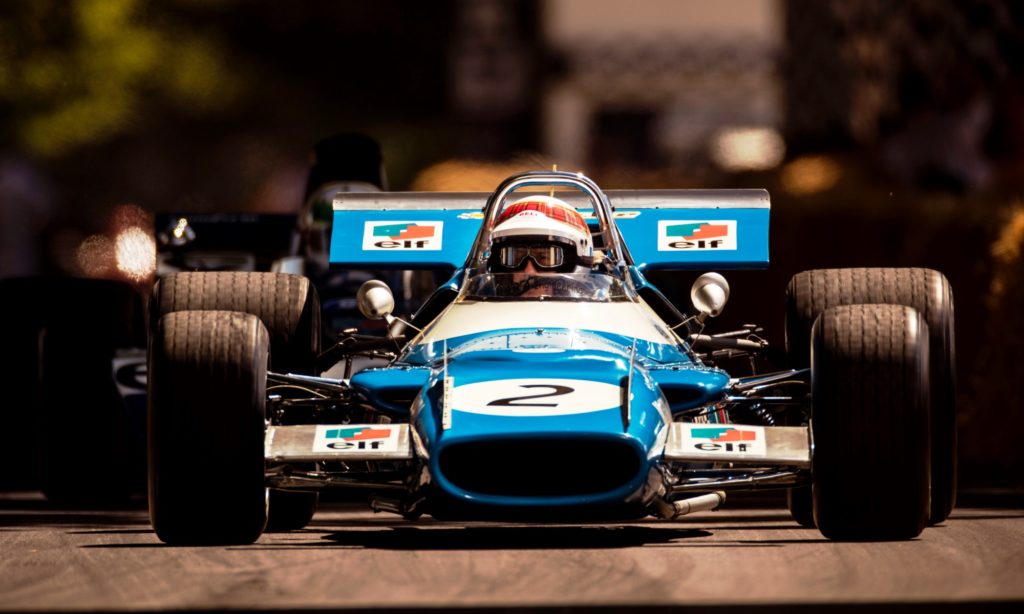 A long-time supporter of the FoS and three-time F1 world champion, Sir Jackie Stewart was honoured with a display of his championship-winning F1 cars. He is seen here driving the Matra-Cosworth MS80 aboard which he claimed his maiden drivers’ gong. 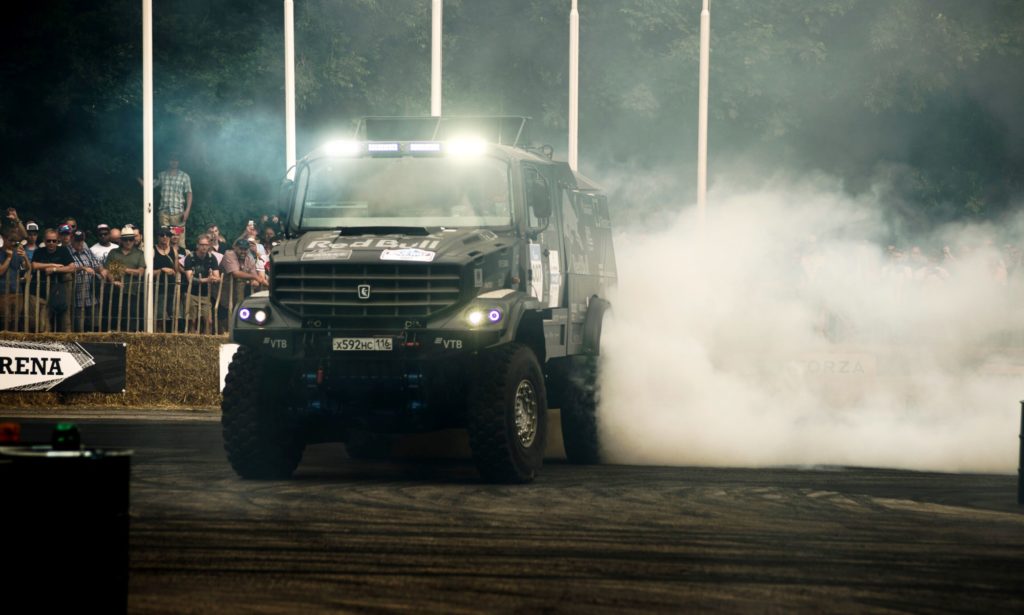 The Dakar-winning Kamaz (as featured in this video) driven by Eduard Nikolaev was a crowd favourite. It used its prodigious torque to create a smokescreen and drench fans in beads of rubber. 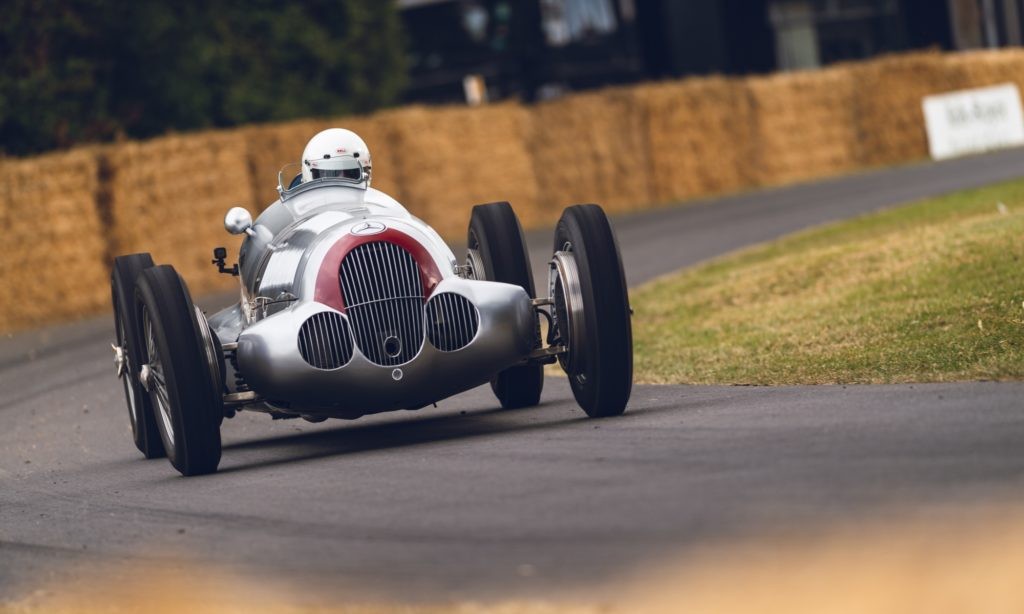 This Mercedes Grand Prix car was just one of several Silver Arrow racers that were in attendance. 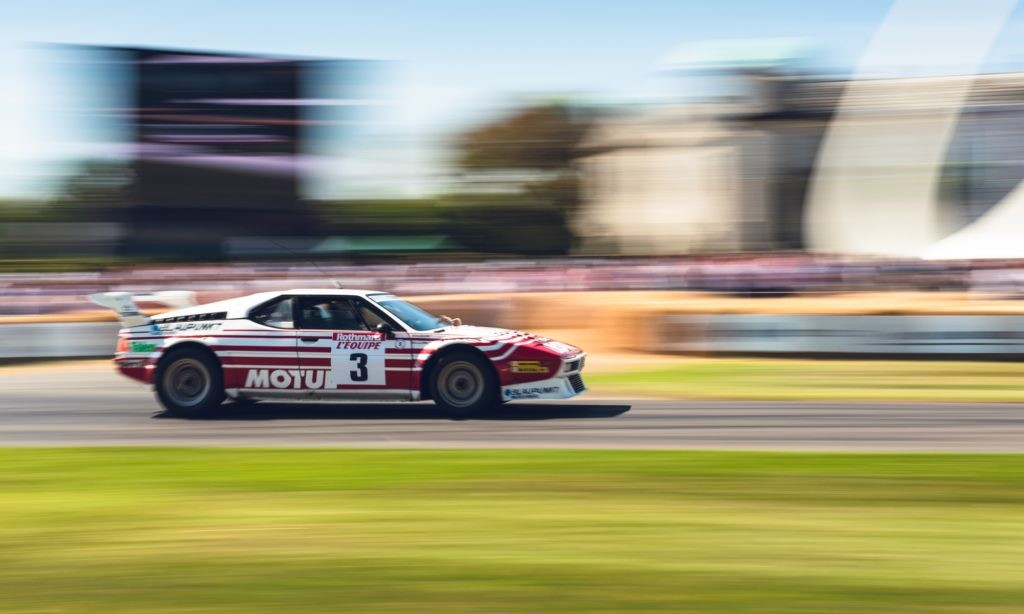 Rally legend Juha Kankkunen got behind the wheel of an asphalt-spec BMW M1 Group B car. The 23-time WRC- and Dakar winner had never driven this type of racecar during his motorsport career. “It’s a lot of fun,” the Finnish legend said. “It only has around 500 bhp, but it is like a go-kart; it is very quick to react; the steering in particular. I have been here several times, either with Ford or with Bentley, but I am at this year’s Festival with no pressure. I just wanted to drive this car!” 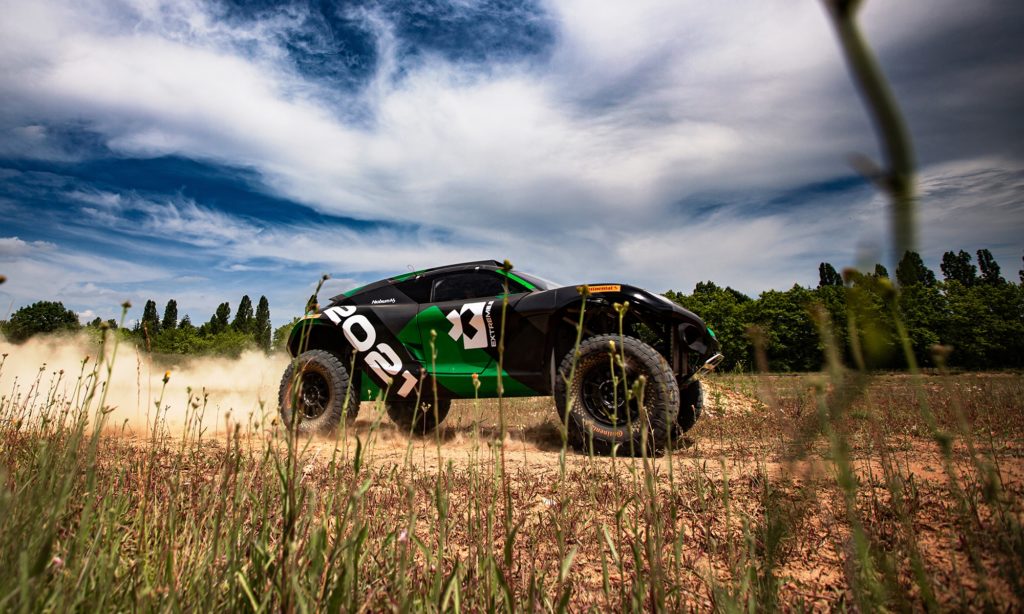 Another racecar debut was that of the Odyssey 21. This will be the feature vehicle in an all-new, all-electric off-road series that commences in 2021. Extreme E will take place in various climes from the Arctic to tropical rain forests. The series racer is powered by a 400 kW battery, allowing it to sprint from 0-100 km/h in 4,5-seconds and can climb gradients up to 130 percent. Learn more here. 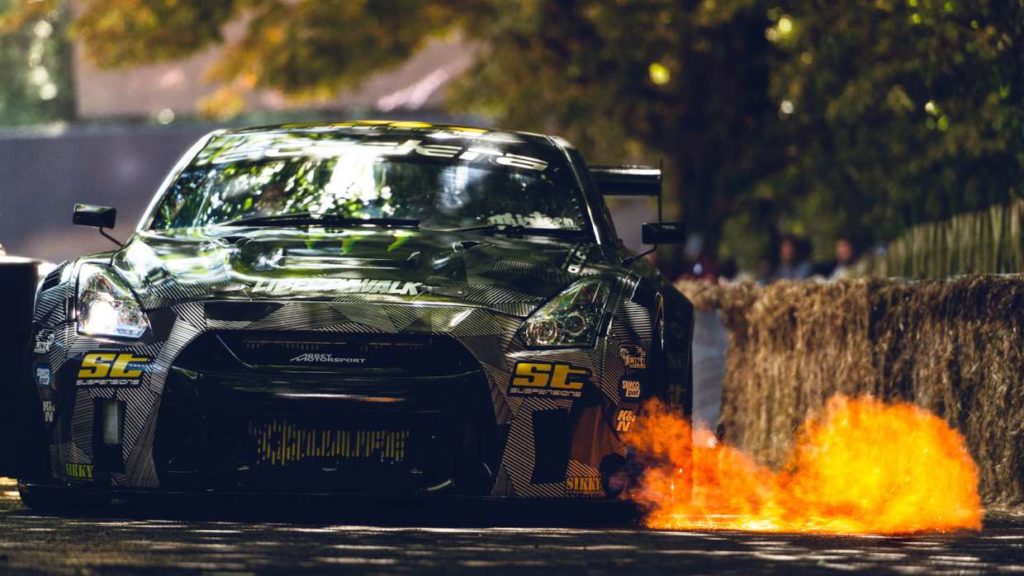 Drifting has been embraced by the Festival over recent years. Several drift cars from around the world were in attendance to wow the crowds. Two such vehicles were this flame-spitting Nissan GT-R and the Lamborghini Huracan (also seen in action in this video). 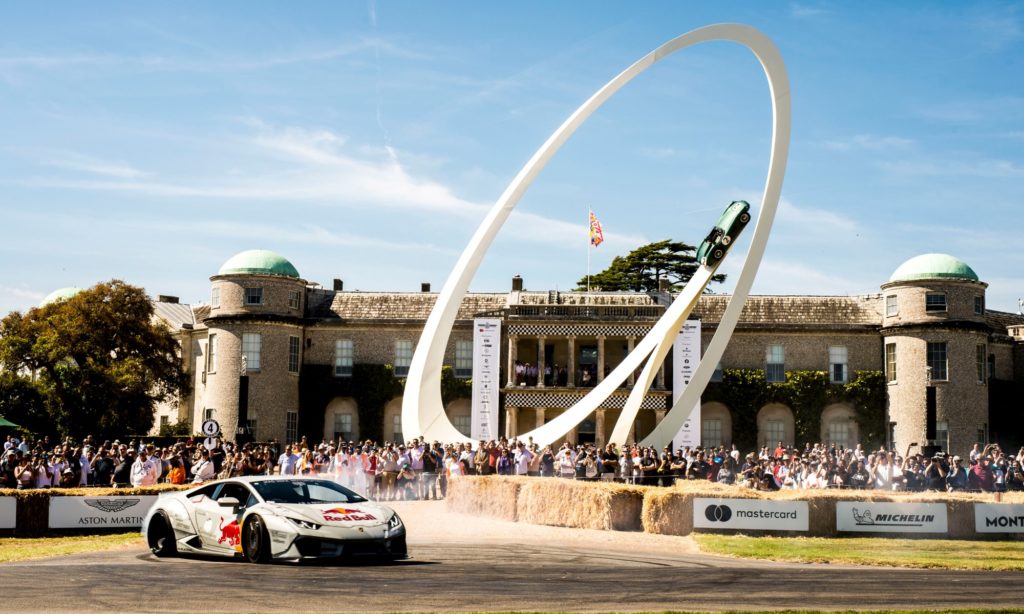