The all-new Toyota GR Yaris was launched earlier today at the Tokyo International Motor Show. Toyota has been teasing us with images and videos of the pocket rocket for a few weeks. The latest model, a successor to the excellent Yaris GRMN (read our driving review of the Yaris GRMN here), was due to be revealed at the final round of the World Rally Championship late in 2019. However, wildfires in Australia led that event to be canceled.

Toyota Gazoo Racing (GR) builds the GR Yaris from scratch to achieve a high-rigidity body. it will be available exclusively in three-door guise. Furthermore, the upper body, in addition to using aluminum for the bonnet, boot lid, and door panels, the roof features a carbon fibre-reinforced plastic panel. Production of the bespoke model will be carried out on a dedicated production line at Toyota’s Motomachi plant. 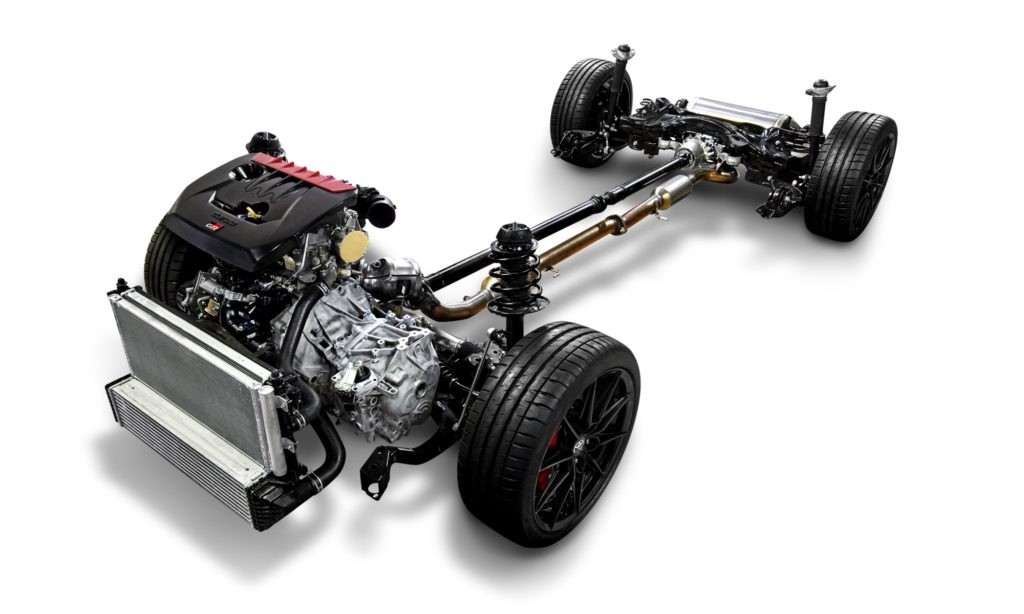 The GR Yaris is powered by a 1,6-litre in-line three-cylinder direct-injection turbocharged engine. Toyota says the engine has the world’s highest maximum output for a three-cylinder engine. The high-revving unit is rated as pushing out 200 kW along with 370 N.m of torque. Best part is that the engine is mated solely with a six-speed manual transmission.

Toyota took many lessons learned from its participation in the WRC and applied them during the development process of the Toyota GR Yaris. The most obvious carryover from the rally tracks of the world is the AWD drivetrain. Front to rear torque management is handled by a multi-plate clutch. The braking system features 356 mm grooved front discs with four-pot calipers

The special-edition RZ “First Edition”, wears customised specifications in the form of its front grille, rear spoiler, and rear bumper all being in matte black along with  BBS forged aluminum wheels in matte black.

A spokesperson for Toyota South Africa says the subsidiary is keen to secure the pocket rocket for the local introduction, but cannot confirm its arrival just yet.