Yesterday we brought you leaked images of the new BMW M135i hatchback. This morning BMW released official images of the newest addition to its portfolio. We’ve added those images (above) as well as some new info to the original story we shared below. 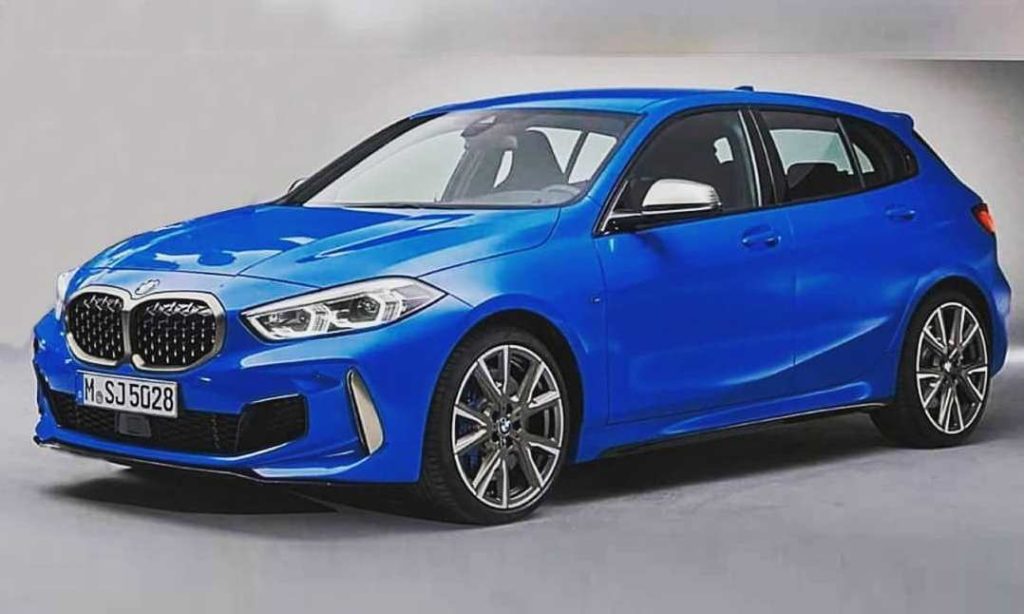 A few days ago BMW released a sneak preview of the upcoming 1 Series Hatchback. Now we have these images of the BMW M135i Hatchback leaked onto the internet, which ties in perfectly with the earlier official image. It seems that the new car was sent to a motoring publication in Germany for a scoop story and that’s where things weren’t watertight.

BMW has been sharing info about the new range for a few months now. Not too long ago official BMW 1 Series images were released by the company showing it in action on BMW’s proving ground undergoing final testing. The company even released a sneak peek of the M135i Hatchback showing us just half of the car’s nose (second image above).

What do we know?

The F40 1 Series (as it is known internally) will be front-wheel-drive. All models in the range will share their platform with stablemates from Mini. But “Our customers will directly feel the fast and precise responsiveness that provides for an optimised driving experience. The BMW 1 Series will be a genuine BMW with an individual character,” so says Peter Langen, head of driving dynamics at the BMW Group.

All models barring the BMW M135i hatchback, as seen here, will be front-wheel-drive. This halo model will have a version of the company’s xDrive all-wheel-drive system. The turbocharged 2,0-litre engine will produce 225 kW and 450 N.m of torque delivered to all four wheels via an eight-speed automatic transmission. The layout is very similar that employed in the BMW X2 M35i.

To ensure it is a dynamic performer the BMW M135i hatchback will have a front axle BMW M Sport Differential as standard, a first for the brand. These traits all make it a direct rival for the Mercedes-AMG A35.

Click here to read about the power ratings of the upcoming Mercedes-AMG A45.

Reports confirm that BMW SA will launch the new 1 Series with two derivatives locally in the third quarter of 2019: the 118i and aforementioned M135i. The former is powered by a 3-cylinder, 1,5-litre turbopetrol engine that produces 103 kW and 220 Nm of torque. This engine can be mated with a six-speed manual or seven-speed dual-clutch transmission driving just the front wheels.

Other models in the range will include a 116i, a 118i, and a 120d. There will be no six-cylinder model in the line-up. The third generation of the BMW 1 Series will be unveiled to the public on 25 June 2019 at BMW Welt in Munich.