We’ve all seen the cursive script of a woman’s name on a car and maybe we wondered what inspired it. So, ahead of International Women’s Day on 8 March, we wanted to share 4 cars named after women – and sometimes girls. And sometimes, maybe, allegedly.

See, humans enjoy naming things – and by things, we mean inanimate objects. It’s a long-standing psychological trait that we use to identify these things, personalise them, and convey emotion toward them. And over time we’ve seen the practise evolve from ships to cars. So let’s get into it.

Here are 4 cars named after women

In 1995, Romano Artioli, then chairman of Lotus Cars, named the brand’s latest sportscar after his granddaughter Elisa. Incidentally, Elisa was even seated in the driver’s seat of the car at the unveiling at the 1995 Frankfurt Auto Show.

In 2021, Lotus manufactured the last of the iconic roadsters and ended the 25-year history of this iconic model. Luckily, Elisa received the very last one manufactured.

Italian automobile designer Leonardo Fioravanti allegedly put forward the name BB after he, Angelo Bellei and Sergio Scaglietti began referring to the 365 GT4 BB prototype as “Brigitte Bardot” as they thought it was exceptionally beautiful much like the actress of whom they were all fans.

However, engineer Mauro Forghieri explained during an interview with Davide Cironi that the designation BB did not originally refer to a Boxer engine. In truth, it means Berlinetta Bialbero (dual camshaft). According to him, the abbreviation Berlinetta Boxer was created by journalists and somehow stuck.

So while there is no record of which BB is the real one, we’d like to think the Ferrari’s name has something to do with Brigitte Bardot.

Carrozzeria Vignale’s Fiat 125S Samantha is one of the French brand’s lesser-known models. The car is very unique but at the same time a true model of the 1960s, taking design cues from many iconic sports cars from the era.

The origin of the name, however, is somewhere between a rumour and actual fact. It is said the car was named after the model for Revlon and Vogue in the 1960s, Samantha Jones.

We know it’s not a specific car, but I was surprised to find out the German automaker was partly named after a woman.

The name followed the merger of manufacturers Benz & Cie. and Daimler Motoren Gesellschaft (DMG). Although the company was formally named Daimler-Benz AG, they agreed that all the factories would use the brand name Mercedes-Benz on the automobiles. The name Mercedes honoured the most important of DMG’s cars, the Mercedes series. It was derived from the series’ engine named after the daughter of DMG director, Emil Jellinek who originally created the Mercedes trademark in 1902, naming it in honour of his daughter, Mercédès Jellinek.

Although Mercédès never shared her father’s passion for cars, her father hung a large picture of her at the 1902 Paris Automobile exhibition. Also, Mercédès is a Spanish name that means mercy. 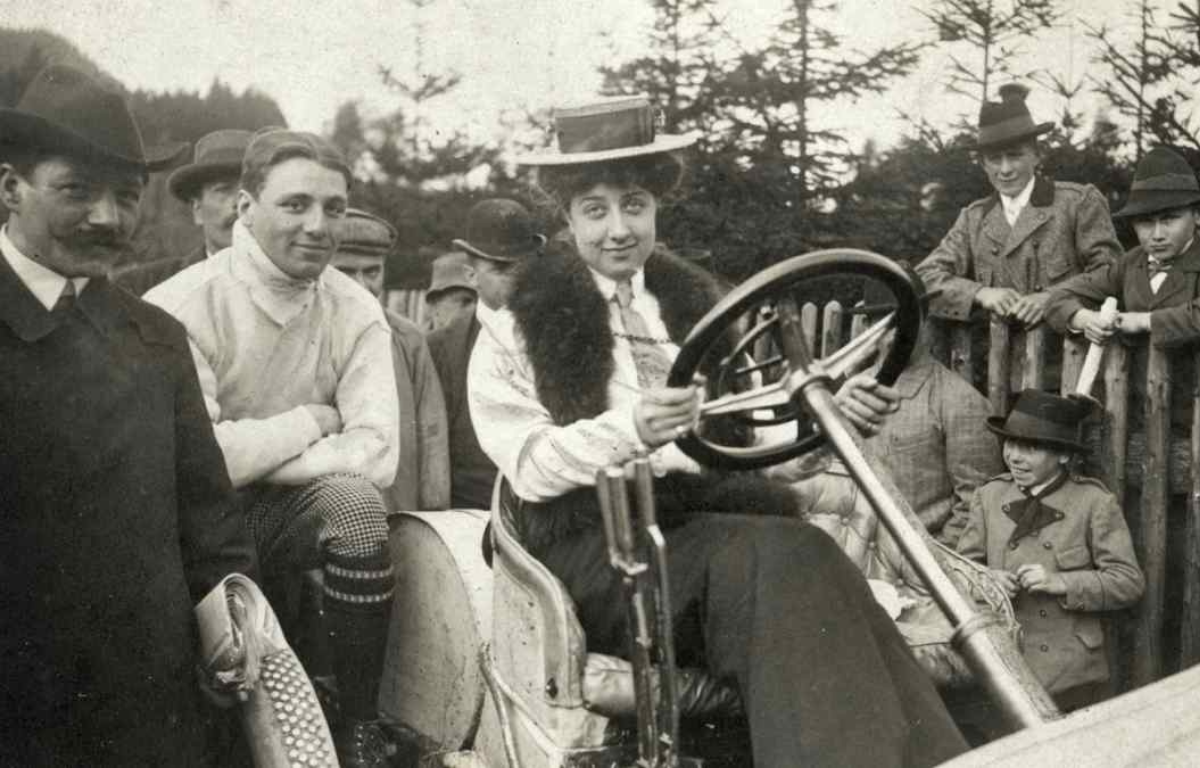 Other cars named after women?

While these are the only cars we could find with references to real women, there are many names considered “female” given to cars. Interestingly, some examples include the slew of Japanese manufacturers giving their cars names like Celeste, Mira, and Silvia. Then there are also examples like the Mia Electric, the Opel EVE and the Austin Seven Ruby.

And that’s a wrap. If you think we’ve missed some cars named after women, let us know in the comments below!

About the Author: Nikky Knijf

Content editor, writer and opinion crafter are what you'll see listed on my LinkedIn profile. However, there's a bit more to me. I'm a big fan of dogs, fish, coffee and - of course - cars, having worked at some of the country's top publications driving, reviewing, discussing and reminiscing about cars, tech and travel. During my career, I've met a truly inspiring bunch of people that have spurred my passion for kindness, equality and leading others through inspiration.